Liberals Have Zero Respect For Others 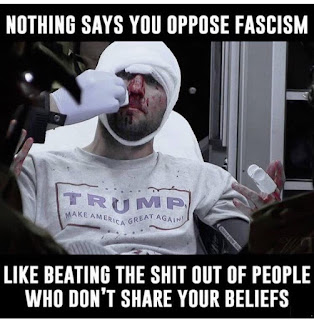 I was asked to pull my last post from a group that I belong to on Facebook because it's discussion was pulled off topic.

My last article was about child slave labor in the North during the Civil War. The point of my article had completely gone over the heads of some Liberals who branded it a "racist post".

The point is regarding child slave labor during the Civil War in the North. It is about the hypocrisy of those in the North who were against slavery in the South, but were OK with it taking place in the factories and the mines in the North.


Their hypocrisy is in regards to what offended them. It was selective at best. While they were rightfully offended by blacks in chains, they were hypocrites in that they should not have turned a blind eye to the child slave labor practices that were in fact taking place around them in the North at the same time.

Those labor practices, while no longer applied to blacks, were certainly applied to children until it stopped in the late 1930s. And the only reason it stopped is that adults needed jobs. Adults saw children as taking jobs away from adults during the Great Depression, and that's when it stopped.

Of course, from a Facebook discussion and the comments that I've recieved, it's very apparent that the name callers and the holier-than-thous on the Left refuse to allow anyone else to have an opinion of any sort. Especially an opinion that is polar opposite to their own.

An opinion, the dictionary defines as "a view or judgment formed about something, not necessarily based on fact or knowledge." Opinion is synonymous with belief, judgment, thoughts, way of thinking, mind, point of view, viewpoint, outlook, attitude, stance, position, perspective, persuasion, standpoint.

Instead of respecting the opinions of others, Liberals always resort to name calling and threats instead of discussion. I'm not talking about Republicans or Democrats who respect each other. I'm talking about Liberals who hate for the sake of hating.

When Obama was in office, I wrote about his inept job performance, his expensive vacations, the over-regulation, the wasteful spending, the divisiveness of President Obama. And yes, I was called a racist. One person actually wrote to tell me that I can't criticize him because he is black. Another jerk actually said that it's OK to criticize a white president, but not Obama because he's black. Talk about racist.

When I wrote about my favorite quote from Rev. Martin Luther King Jr, when he said, "I have a dream that my four little children will one day live in a nation where they will not be judged by the color of their skin, but by the content of their character," I was called a racist because I said that I judged Obama by the content of his character and not the color of his skin.

Friends, I really believe that I could have written about how I like white peaches and be called a racist. No, that wouldn't have surprised me.

Friends, the term racist is losing it's meaning. And no, I have no idea what they call a person who is really and truly a racist. When everything can be labeled racist, the term racist means squat.

They don't understand that I pick the brains of my friends for information if I need to. They do help me with finding information whether it's about cattle or horses or history.

It amazes me that Liberals don't understand that people can talk about all sorts of things and actually learn from each other. They refuse to understand that during the course of a conversation, that people can have different views than their own and actually learn from each other. Yes, I repeat myself because I'm amazed that Liberals are so narrow minded and shallow, so filled with hate for others who don't think like them.

If they believe that the cause of the Civil War was ONLY slavery, then fine. If they believe everything that Hollywood and Left has to say about how things were in the Old West, that's fine as well. So why not take their narrow minded points of view somewhere else! Why bother coming here just to put in their political spin and pick arguments is beyond me.

Why not just start their own blogs? Why not open another Liberal blog where they can put out more hate and politically correct crap? Why not cater to fellow hate mongers on the Left?

My advice is simple, if you want to make your voice heard, check out the New York Times Facebook page. Go to some other venue with a giant readership. Go somewhere where your hate and shit disturbing is appreciated.

I have a small blog that I use to talk about things that interest me. Things that I hope others find interesting. And since I've visited a great number of different places around the country, I want to share the true stories about the history that I find amazing. Yes, things that Liberals refuse to even consider in the slightest.

They call themselves "progressives," but that's a joke! They are stuck looking at things in their politically correct hate filled minds. They refuse to expand their horizons and see things with fresh eyes. They have a total distaste for thinking for themselves. They accept the standard line even if it is wrong. And yes, from my experience with them, especially lately, I find they refuse to allow any other way of looking at things to enter their minds. But worse, they want us to shut up and not speak our minds.

And while this is a rant, I may as well tell you what really bothers me. It is their hate. They venomously hate others who try to look at things differently then the way they do. Because I'm not into their hate, I ask only this, if someone doesn't like what I post, instead of coming here with a political agenda, just go away.

I would rather have readers that are open to thinking about things that they may not have considered, right or wrong, off base or not. Readers who are not tied to political correctness. Readers who want to explore history, talk about things that some people want covered up, maybe even learn something that wasn't known before. As the saying goes, the possibilities are endless.

For the Liberals who sends me hate mail and messages about how screwed up I am, for you Democrats who don't want me to write about the Civil War for fear of "stirring the pot," go somewhere else.

There are all sorts of Liberal blogs out there that preach nothing but hate and political correctness. If you are a Liberal, a person who hates others who do not think the way you do, you will be more at home there. Those blogs are filled with people who also can't think for themselves and simply drink the Kool-Aid.