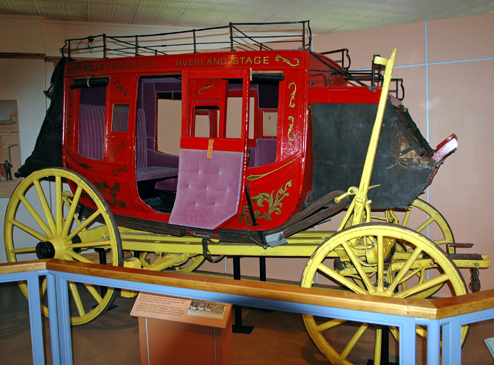 Since a reader has written to ask about him, here's what I know about the murder of stage driver Bud Philpot. I do know that his given name was Eli P. Philpott and that he as born on June 6th, 1853, in Calistoga, California.

He was not yet 28 years of age, just a young man, when on March 15th, 1881, while working as a stage driver, he was ambushed and murdered about a mile and a half from Contention City, Arizona. The exact location of the incline where the robbers are said to have jumped out of the bushed from both sides of the road to ambush Bud Philpot is about 500 feet south of a stagecoach station that was known as Drew's Station.

He worked for Kinnear & Company. The day that he was killed, that stagecoach carried $26,000 in Wells Fargo silver bullion. It should also be noted that besides stage driver Bud Philpot being killed, a passenger by the name of Pete Roerig was murdered during that attempted robbery..

On March 16th, 1881, The Tombstone Epitaph reported the following:

At about 11 o'clock last night, Marshal Williams received a telegram from Benson stating that the Kinnear & Company's coach, carrying Wells Fargo & Co.'s treasure, had been stopped near Contention and "Budd Philpott, the driver, killed and one passenger mortally wounded. Almost immediately afterward A.C. Cowan, Wells Fargo & Co.'s agent at Contention City, rode into this city, bringing a portion of the details of the affair. In a few minutes after his arrival, Williams, the Earp brothers, and several other brave, determined men were in the saddle, well armed, en route to the scene of the murderous affray.

From telegrams received from Benson at the Epitaph office, the following particulars were gathered.

As the stage was going up a small incline about 200 yards this side of Drew's Station and about a mile the other side of Contention City, a man stepped into the road from the east side and called out "Hold!" At the same moment a number of men--believed to have been eight--made their appearance, and a shot was fired from the same side of the road, instantly followed by another. One of these shots struck "Bud" Philpott, the driver, who fell heavily forward between the wheelers, carrying the reins with him. The horses immediately sprang into a dead run. Meanwhile, Bob Paul, Wells Fargo & Co.'s messenger, one of the bravest and coolest men who ever sat on a box seat, was ready with his gun and answered back shot for shot before the frightened horses had whirled the coach out of range.

It was fully a mile before the team could be brought to a stand, when it was discovered that one of the shots had mortally wounded a passenger on the coach named Peter Roerig. As soon as the coach could be stopped, Paul secured the reins and drove rapidly to Benson, and immediately started back for the scene of the murder. At Benson a telegraph was sent to the Epitaph office, stating that Roering could not possibly live. There were eight passengers on the coach, and they all united in praise of Mr. Paul's bravery and presence of mind.

At Drews Station the firing and rapid whirling by of the coach sent the men at the station to the scene of the tragedy, when they found poor "Bud" lying in the road, and by the bright moonlight saw the murderers fleeing rapidly from the place. A messenger was at once dispatched to inform agent Cowan of the circumstances, and within twenty minutes after the news arrived Mr. Cowan had dispatched nearly thirty well-armed volunteers after the scoundrels.

He then rode rapidly into Tombstone, when the party above mentioned started out to aid in the pursuit. This, with Mr. Paul's party, makes three bodies of determined men who are in hot chase, and Mr. Cowan stated to an Epitaph reporter that it is almost impossible for the murderous gang to escape, as the pursuers are close at their heels and have moonlight in their favor. Should the road-agents be caught they will meet with the short shift which they deserve.

"Bud", the murdered driver, whose real name is Eli P. Philpott, was one of the most widely known stage-drivers on the Coast. For years he has borne a high reputation as a skilful handler of the "ribbons," won on the principal stage lines in California, and during a year's residence in Arizona, most of the latter time in the employ of Kinnears (formerly Walker & Co.'s) line.

He will be sincerely mourned, not only by hosts of personal friends, but by thousands of passengers who have ridden on the box seat with him and been captivated by his simple manners and frank, manly ways. It was a rare treat to "make the trip" with him, for his memory was rich in reminiscences of the "old stage days" in California, and when he so willed he could keep a companion's attention riveted by his quaint, droll conversation.

He has a wife and young family at Calistoga, California, who had the tenderest place in his big heart. And now there is another little home in the world which has been desolated and despoiled by the ruthless bullet. There is something inexpressibly sad in the sudden death of such outwardly rough, but inwardly brave, true hearted men, and no better representation of this class could be found than the man whom the murderers last night sent unwarned to his last home. He was proud and fond of his team and the big new coach on which he met his death as if they were human, and the horses always seemed to know when "Bud" was at the other end of the lines.

I've read where Bud Philpot was supposed to be the shotgun messenger when the attempted robbery took place. In reality, Bob Paul was supposed to have been the driver that day. It is speculated that at some point they changed positions for some unknown reason.

If we look at stage robberies during that time, most have one thing in common, they were usually robbed slowing for a curve or slowing to make an incline. This was no different. Since the type of coach that he was on would have been pulled by six or eight horses, and it's average speed was between 4 and 12 miles per hour, and on an incline it's even slower, his making a slight incline in the road allowed the masked bandits to pop out of nowhere and surprise the almost stop coach.

Bob Paul was had switched with Philpot is said to have immediately brought his shotgun to bare on one of the robbers, but another of the bandits shot first. His shot killed Bud Philpot. And in the process, the shot that killed Philpot startled the horses and they bolted. Peter Roerig, who was a passenger, was shot when one of the bandits fired at the stagecoach as it sped away.

The Benson stage robbery attempt and the killing of Bud Philpot is said to be one of the major factors that led to the shootout in the lot near the OK Corral on October 26th, 1881 between the Earps and the Cowboy faction. The reason is that there were those in the Cowboy faction that tried to tie Doc Holliday in with that robbery. The Earp faction reportedly testified the Doc Holliday went back to Georgia to visit his family at the time. The only problem with that is that no one can prove that Holiday ever went back to Georgia after leaving there.

It should be noted that while one posse was headed by Deputy U.S. Marshal Virgil Earp, another posse was headed by County Sheriff Johnny Behan. Both failed to find the perpetrators. And interestingly enough, it is said that Morgan Earp later captured Luther King in connection to the attempted robbery. Suspects Jim Crane, Harry Head, and Billy Leonard were accused of the crime but were never found. As for Luther King, he is said to have somehow escaped jail and was never heard of again.

The picture above is the exact stagecoach that Bud Philpot was driving. Today it can be seen at the Sharlot Hall Museum in Prescott, Arizona.