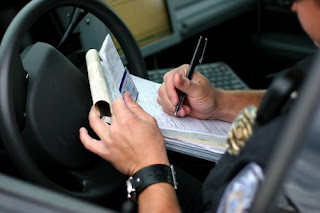 It's hard to believe how low politicians will stoop just to get more money out of Taxpayers.

Their newest scam is to increase traffic fines and install a quota system on tickets written during a policeman's shift.

That's their idea of working for the public.  And at first, I could believe that the politicians have stooped to fraud to bilk the taxpayers of their hard earned cash.

A lot of people have asked me to do an article on what they see as a traffic violation scam sweeping the country. Well, after doing some reading, I have found that yes American cities and states are now funding their in the red budgets by ticketing as many drivers as possible.
They are literally attempting to balance their budgets by writing as many traffic citations as possible.

It's because people fear the police and the court system, that people are afraid to lose time at work and challenge the police. Subsequently, the fines are just rolling in.
I'm hearing story after story about people who are being pulled over and ticketed for "supposedly" running red lights, failing to feed their parking meters even when their meter has not run out of time, and yes even going 1 mile over the speed limit. One mile over the speed limit. Imagine that!
A friend was driving down Highway 88 just outside of Ione, California. She was headed to the San Francisco Bay Area when while going through the farm land without any cars around her she was pulled over by the California High Patrol.

The officer told her that he clocked her using his radar gun as doing 56 miles per hour.
She couldn't believe it because the speed limit there is 55 miles per hour.  She said she had accelerated to get up the hill but she usually drives under the speed limit. It didn't matter to the officer, and he wrote he a ticket.
Going one mile over the speed limit cost her $500 and a increase in her insurance rate.
Many people have written me saying that they have been given traffic tickets for not wearing their seat belts even though they were. Some have taken it to court.  One person who I know pretty well said that the Judge asked her, "Why would the officer lie?" in response to her challenging the officer who wrote her ticket. 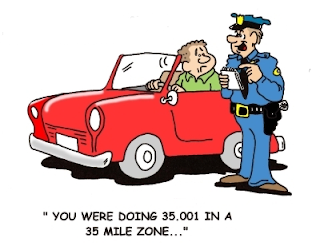 She answered, "Why do you assume I'm lying?"
A lie is also called a prevarication, or a falsehood, and is a type of deception in the form of an untruthful statement, especially with the intention to deceive others.

The judge thought she was lying, and took the word of the officer. The judge accepted the notion that ajust because the man writing the ticket was a Police Officer that he was incapable of trying to deceive others.

And yes, she had to pay over $200 for that ticket. It was for failing to come to a complete stop at a stop sign.
According to Fox News, a man by the name of Luis Rivera, who is a California contractor, was hit with a $276 fine for not closing the tailgate on his pickup truck. Imagine that, $276 for having his tailgate down.
According to Fox News, nowhere is this scam more obvious than in Los Angeles, where the city collects more then $1.8 million a year at a single intersection in the San Fernando Valley from drivers running a red light. Cost per ticket is $476. Imagine that!
But that's just a couple of examples of Police power being used to try to fix California's in-the-red budget problems. How about some of these: 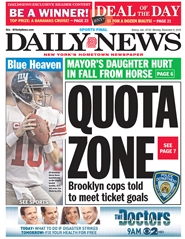 * Broken headlight is a $100 to $175 fine depending on where you got your ticket. Some cities are more hungry than others.
* Whatever you do don't park in a disabled spot because the fine is anywhere from $750 to $1,043 depending on the city. A second offense in many cities results in a fine of $2,000 and over.
* Pass a school bus with flashing red lights in San Francisco is not smart either. The Ultra Liberal City by the bay which fines their residents for not putting recyclable trash in the right container during trash pickup, will fine you from $754 and up if you pass a school bus with flashing red lights.

The fact is that raising traffic fines is one way to avoid making real cuts to state programs that are bleeding California. Some cities like Sacramento would rather raise their traffic fines then cut social programs that that city simply cannot afford.

The lawmakers are now relying on this scam, and Police Departments are helping them. Why, well because it's in their best interest.

It was on the News on local Sacramento TV Station that the City of Sacramento Police Department may be closing their CSI Unit. They may have to return to the old days when Police Officers were trained to do the work that these CSI Units have been doing.


Many people are unaware that many CSI Units are staffed by civilians and not duly authorized Peace Officers. So in the case of Sacramento P.D. where their CSI employees are not Peace Officers, the Police Officers' Union is no help to them in keeping their jobs.
My wife was driving when we went to a Doctor's appointment at the VA Hospital in Livermore, California. The sign says 20 miles per hour, but then goes down to 15 miles per hour around a turn. There's also one of those machines that tell drivers how fast your going. 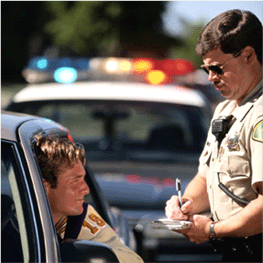 The VA Police followed us up into the parking lot before they turned on their lights. There were two officers and they were at our doors as we were trying to get out.

They said my wife was doing 17 miles an hour in a 15 mile per hour zone.  The ticket cost $187 for that violation.
But don't be shocked by any of this, California needs money to pay for the waste, fraud and abuse. Just look at the salaries of some state boards and commissions. Most make over $100,000 a year for one to two days worth of work a month.
And let's not forget the millions of dollars spent on protecting wild life like the sea otter and the small fish in the delta, and funding abortions.

Of course there's the Attorney General's Office that spends millions upon million of dollar to fight against propositions that were passed by California voters at the ballot box.
A perfect example of this is that here in California, Attorney General Kamala Harris like her predecessor the now-Governor Jerry Brown has refused to defend Prop 8 which won passage by an overwhelming majority of voters opposed to Gay Marriage.

The Attorney General's Office has spent tens of millions of dollars to fight this.  Their attitude is screw the voters, we know better!

Social programs in California is big business.  Taxpayer funded programs without Taxpayer consent is huge here. And no, it does not matter that most if not all of those programs are simply money pits with no positive result for the billions they've cost the Country.

And yes, it's not only California here in the United States. No friends, California isn't the only place raising traffic fines instead of cutting waste and fraud and abuse.

But friends, it doesn't stop with the State of California, or it's cities, or the VA, or even with other states and cities. It's even happening Europe. It seems that European countries have taken a lesson from the jerks in the United States who are trying to pay down their budget problems on the backs of motorist.

The U.K. Mail Online which I love to read, in January, had an article entitled Two-thirds of parking tickets 'issued illegally'.

In that article, it states, "Motorists could be paying more than £500million a year for parking fines that should never have been issued, research shows. Traffic wardens dish out up to ten million tickets each year in England and Wales. And drivers pay an estimated £781million in fines and fixed ­penalties for allegedly parking in the wrong place."


According to Fox News, California's State Senate President Darrell Steinberg admitted that lawmakers are now raising traffic fines to astronomical levels with the sole purpose of raising revenue for the state. It's not for traffic safety or to change driver behavior.
It's fraud! And that, my friends, is criminal.