In Part Two, I talked about some of the consequences of high gasoline prices, and how President Bush brought gas prices down from a high of $4.20 a gallon to $1.61 a gallon in only 6 months.

Yes, that was the average price of gas Nationally when George W Bush left office in January of 2009.

Obama says that "High prices at the pump are inevitable because we are in an Economic Recovery," and that "High gas prices are just a reflection of Americans going back to work." Yet, that doesn't wash!

Here's an example as to why I think the President is just plain wrong.  Before Bush left office, gasoline was $1.61 a gallon and we had 5% unemployment.  Now we have almost 10% unemployment and gas prices are well over $4 a gallon on the average.

President Bush proved for fact that we can have low gas prices and low unemployment.

But logic or fact doesn't matter because I really believe that whenever Obama looks into the camera and lies, he's just doing it because he thinks we're all fools.


I sort of like his constant condemnation of American Big Oil but never Foreign Oil or countries with a vested interested on keeping politicians and political action groups like Environmentalist Groups happy.

His condemnation is just more proof that he is not working for Americans. Fact is, everytime he opens his mouth, he proves people like me right - he is working for Foreign Oil and not any American interest.

Foreign Oil money is the real root cause as to why the Environmentalist, the Liberal Establishment, the Democratic Party, and Obama are so against drilling and using our own American natural resources.

I talked about the Political Contributions and Obama Campaign Donations from Foreign Oil, and how it appears that President Obama works on behalf of the interest of Foreign Oil and Foreign Countries.

Heck friends, it's all about money! 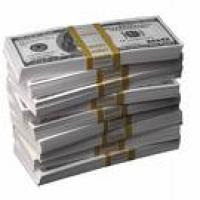 I'm sure that most of us read in the paper that Obama during a trip to Brazil gave those folks down there $10 Billion dollars of American Taxpayer money so that they can start drilling in the Gulf of Mexico. That's right!

Right after he tried to suspend American drilling in the Gulf of Mexico, he gave TEN BILLION DOLLARS to Brazil so that they could start drilling where he doesn't want us to drill.

I like Brazil. They are a wonderful hard working good people. I'm just concerned with Americans having real jobs and not all having only to work at Burger King or Wal Mart. 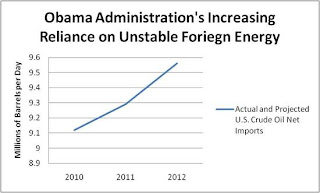 But he's a busy man, between Blaming Bush and Golf, he's been real busy. Especially when it comes to making sure Foreign Oil gets paid back for their contributions.  Just look at how Barack Hussein Obama has been helping to ensure Oil is at record highs while keeping Foreign Oil happy.

He does it by attacking America's ability to produce oil.

And how does Obama help Foreign Oil while attacking America's ability to produce oil?

First -  Obama started his attack on American Oil Entrepreneurs by cancelling existing permits to drill here after Bush left office.
Immediately after taking office in 2009, President Obama’s handpicked Secretary of the Department of Interior, Ken Salazar, who in turn canceled 77 leases for oil and gas drilling in Utah. One year later, the administration canceled 61 more leases, this time in Montana.

The excuse Obama gave was that cancelling drilling permits throughout the United States was part of Obama’s "War on Global Warming." But to many many Americans, it's actually Obama's War on America.


It appears his mission is make the United States of America into a Third World Country, both economically and socially.

Not long after Ken Salazar canceled the Utah leases, he decided to extend for another six months the public comment period for new offshore drilling. As allowed by law, the public had already been given 45 days to comment on the federal government’s pending lease sale to offshore energy producers.

After that Obama should have began developing plans for new leasing. But instead, Obama wanted to drag the process out further, which meant offshore producers would have to wait even longer before they could start drilling. Why? Because he is extremely opposed to oil and gas drilling.


This was in addition to the 25 years that no drilling was allowed for most of the Outer Continental Shelf due to a congressional moratorium that ended in 2008.

Adding insult to injury is that the additional public comments for which the White House asked for, actually supported expanding offshore drilling by a two-to-one margin.

This is a fact that the Obama administration deliberately kept hidden from the American people.

Put simply, the Obama administration did not want any additional offshore drilling. And yes, the fact that the public overwhelmingly opposed them wasn’t going to stop them from pursuing their ideological goal.

Third  -  Obama wants more taxes out of American Oil Companies in an attempt to make them less able to compete with Foreign Oil, which of course means that they can set their own prices and monopolize oil.

What will this do? Simple, it will raise the price of a barrel of oil.


Right after the Pelosi-led Democrat controlled House of Representatives passed its massive cap and trade energy tax, the Obama administration celebrated. After all, it was then-candidate that Barack Obama happily declared that under his plan of cap and trade that energy prices would "necessarily skyrocket." 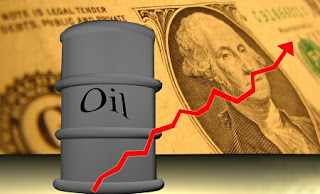 Although his target was primarily the coal industry, which suffered badly in 2010 under President Obama’s watch, imposing new taxes on carbon dioxide would also heavily impact oil and natural gas production.

So if you have to use propane to heat your water heater, or cook with, or need to be able to run your furnace, well you can thank Obama for your higher bills when you get your gas bill or have to order your propane delivered like I do.

In fact, there was a new gasoline tax in the most recent cap and trade bill in the Senate, legislation President Obama helped negotiate and would have happily signed had both chambers of Congress passed it. And yes friends, if it wasn't for a Republican win last November - that would have happened as sure as there's a Sunday morning.


But then again Obama, our Prima Donna Flake, is smart and shifty.  This was very evident when a study from Harvard University found that a carbon cap that was less stringent than what Congress was considering would send gasoline prices soaring to over $7 per gallon of gasoline.

When all efforts to pass cap and trade legislatively failed, Obama ignored the message that the American public overwhelmingly oppose new energy taxes. Then Obama, seeing that he wouldn't get his way one way, instead decided to impose a carbon cap administratively through the EPA.

That sort of regulation affects all sectors of the economy, including transportation and oil production and refining, which of course means higher gas prices at the pump.

Fourth -  Obama helps Foreign Oil is by his imposing a moratorium on oil and gas drilling after the BP spill in the Gulf. 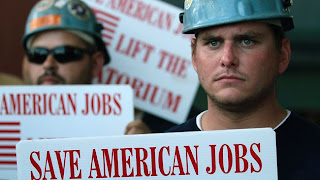 He imposed a six month moratorium on offshore drilling, claiming that the experts they consulted had advised them to take such an action. Even thought the experts say they hadn’t done anything of the such.

The experts stated publicly that they never supported such a moratorium, and that the White House had manipulated their opinions and expertise solely to advance a political agenda.


Because the administration had no basis for its ban, two Federal Courts stated on three separate occasions that the moratorium was illegal and unjust. Obama completely ignored the experts and the Federal Courts, and instead kept the ban in place.

Ken Salazar said that lifting the moratorium would make him “uncomfortable.” Such a decision ultimately led drillers to relocate their rigs. But worse, hundreds or even thousands of good paying jobs were lose.

Federal Judges say no, but Obama does it anyway. Within weeks of announcing that the moratorium had come to an end, Obama announced a new Executive ban on offshore drilling.

Meanwhile, in the few areas where the White House approves drilling, the administration has completely halted new permits.

Here's something interesting, the Energy Information Administration projects that offshore oil production will decline in 2011 by about 220,000 barrels per day.  Then just before the Obama administration’s bans, the EIA had actually predicted an increase in production for 2011.
﻿
﻿It's obvious, Obama is working for others. Maybe it's Brazil where he gave them the $10 Billion that we can't afford to be giving out - just so they can start drilling in the Gulf of Mexico? Maybe he's working for Saudi Arabia or Venezuela?

Heck, for the first time in American History we have a President who bowed to the Royalty.  He did in fact bow to the Saudi King,  and if I remember right he hugged the Venezuelan Dictator.

And though I don't know for certain who he's working for, from everything I read and see on the News, I do know he's not working for us.

As the high cost of gasoline takes a toll on politics and pocket books, Obama said on Tuesday, April 28th, that he's calling on all Foreign Oil producers to increase their oil supplies to help stabilize prices.

When Bush tried the same thing in 2008, the Liberal Media said he was looking for a handout from the Saudi King. The Saudis refused to act on Bush's request to step up production.

That refusal actually helped President Bush justify his actions to lift the Drilling Ban.  When gas prices skyrocketed to over $4 a gallon in July of 2008, and in California during that time gasoline was over $5 a gallon.  Something more than more television time was needed.

It took President George W Bush almost 6 months, but he brought it back down to just over a $1.60 a gallon Nationally and a little of $2 a gallon here in California.

That tells me that gas prices can be brought back down by allowing more Drilling Now. 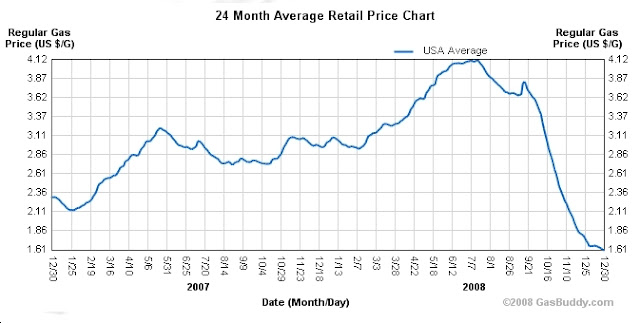