Oakland Mayor Jean Quan, along with other Oakland City Officials have begun inspecting damage inside City Hall caused by more than 50 Occupy protesters.

The Liberal "peaceful" protesters who want to turn America into a dump site for Socialism broke in and wrecked havoc on the city building by smashing glass display cases, spray-painting graffiti, and burning the American and California flags among other things.

Saturday’s break-in was the end to a day of warfare between protesters and police. Oakland's interim Police Chief Howard Jordan said that nearly 400 people were arrested on charges ranging from failure to disperse and vandalism.

Mayor Quan said on Sunday that the Occupy protesters have caused an estimated $2 million in vandalism since October. She said the cost to the city related to the Occupy Oakland protests is pegged at about $5 million.

So much for their concern for the so-called "99%"!

After all, that's who will have to pay the bills when the city of Oakland, like other cities around the country, finally gets the tab for all their trashing of these cities.

I say charge the protesters for the damage they cost. If they can't pay it, then send them to prison for two years. And print their names in the local papers, as well as make them posted in public somehow, so that their destructive behavior will have an affect on their future.

Folks, we have a lot more folks going to prison these days for doing a lot less than what these dipsticks have been doing. There has to be a consequence to their actions, and it shouldn't be paid for by their rich parents. It is well known in the Police Community that most, if not all, of these protester come from very wealthy families.

Their parents, who can afford to send those young people to some of the best Universities in the nation, have been bailing their no good rearends out of trouble for years. Maybe that should stop! Maybe one day their parents will say to their kids, "OK, you want a taste of Socialism first hand - go to prison!"

After all, Prisons are about as Socialist a society as a society can get!

Acording to data from 2008, it is believed that Gang Membership in the United States is at around One Million Members. That, my friends, is a lot of Gang Members!

While gang violence is now reaching into places around the country that has never seen such a thing. California is still number one when it comes to gangs.

Why? Well, simply put, they like the big cities and absolutely thrive in the urban areas - especially in the Pacific and Southwestern states. As the economy gets worse and the availability of drugs become better as they flow unrestrained across the Mexican Border, gang membership grows.

The joke in this report is that someone believes that three California cities exempt from this problem, as they put it, "California offers numerous cities that offer safe living."

One city they have listed is the city of Mission Viejo, in Southern California located between Los Angeles and San Diego.  Their report talks about "Mission Viejo's rich history" and so on.

But folks, this is what they believe, they believe that Mission Viejo is the fourth-safest city in the United States. They go on to say, "the city outranks all others in California. As of 2009, the Orange County Sheriff's Department protected Mission Viejo's 100,242 residents, with crime rates typically two-thirds below state crime rates and about half countrywide crime rates."

These folks think that two-thirds below the state crime rate, and half nation wide, is supposedly good! Wow!

There next choice is Lake Forest which sits roughly six miles north of Mission Viejo. Lake Forest falls in the position of sixth-safest city in the United States and second-safest in California. According to the town's official website, Lake Forest hosts crime prevention programs specific to both neighborhoods and businesses, and an anonymous hot line to report gang activity (800-NO-GANGS).

According to the report, Sunnyvale, located in the South end of the San Francisco Bay, with its 135,721 residents enjoys a low crime rate. Amongst Silicon Valley industries, Sunnyvale is an hour or so from San Francisco.

Of course, none of the three cities listed are isolated from the connecting cities all around it which do have gang violence. So really, I don't understand how they can recommend the places they do, when the adjoining metropolitan area is ripe in crime and gang violence.

I guess it's one way of trying to make manure smell better. Tell them that the best city to line in, in California that doesn't have Gangs, only smells one-third as bad as the other manure in the area!

According to a story out of Washington D.C., the Justice Department is tightening procedures for responding to information requests from Congress in the aftermath of a troubled arms trafficking investigation.

In its gun running program called Operation Fast and Furious, The Justice Department and the Bureau of Alcohol, Tobacco, Firearms and Explosives allowed hundreds of weapons to flow across the border and into the hands of Mexico's murderous Drug Cartels.

According to reports out of Washington, the Justice Department told three congressional committees in a letter Friday night that it's improved coordination between agents and their managers in carrying out arms trafficking investigations.

OK, but that still doesn't answer as to who is responsible for allowing the free flow of weapons into the hands of those killing hundreds, if not thousands, on the border?

No one is taking responsibility. Attorney General Eric Holder is claiming he knew nothing about it. Obama says Holder is innocent. No one seems to know anything in the Obama White House!

Many of us remember how George W Bush was ridiculed in the Left wing News Media for allegedly being stupid. Well friends, Obama makes Bush look like Einstein!  Barack has no clue as to what's going on in his own administration!

Attorney General Eric Holder will probably be faced with more questions about his involvement and the recent changes when he again testifies before the House Oversight and Government Reform Committee. That committee has been investigating the department's mistakes in the probe since early last year.

I don't know how much involvement the Attorney General had in this gun running Operation, or if the Operation was approved by President Obama. I do know that whenever questions have been asked, the White House circles its wagon in the same way that the Nixon Administration did.

Last Shot For The Night!

Yes, a Georgia Judge heard evidence on Thursday from local citizens referred to in the Liberal Media as "Birthers." But no, he did not rule on whether President Barack Obama can be on the state ballot in November.

The challenge was brought by Georgia residents who believe Obama was born in his father’s homeland of Kenya, and not in the United States.  The U.S. Constitution requires that a person running for president must be a "natural-born U.S. citizen."

Many find it strange that President Obama produced a Birth Certificate from the State of Hawaii - and yet there is no record anywhere of his mother ever being admitted to, or treated at, any hospital in the state of Hawaii on any of the islands.

President Obama, and his attorneys, did not attend the hearing. But the lawyers for the plaintiffs argued that President Obama should be held in Contempt of Court for his failure to appear, according to the Atlanta Journal Constitution.

Then the problems started up again when questions started circulating about that Obama birth certificate. Some are saying that the White House produced an actual fake - which was photo-shopped.

It's sort of like Obama's Social Security card, the number is in question because it's supposedly from a state that he never lived in. So people ask, how did he get it? That's the sort of thing that leads to other questions.
Obama’s lawyer, Michael Jablonski, wrote to Georgia Secretary of State Brian Kemp asking him to call off the hearing, since, as Jablonski says, "it is well established that there is no legitimate issue here," the Journal Constitution reported.

Jablonski indicated he did not plan to attend the hearing. But state secretary Kemp said, the state of Georgia was obliged to consider all challenges and warned that Jablonski and his client would be taking a risk if they didn’t show.

There is no indication when Judge Malihi will issue a ruling.


Even if this is dropped, I hope no one thinks this issue is over - because it surely isn't. Not by a long shot! 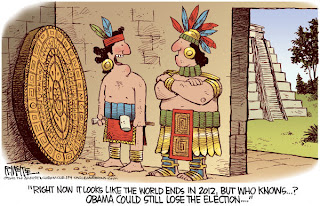