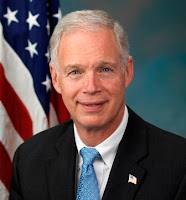 He was on "Fox News Sunday" in a debate with Gun-Control advocate Democrat Sen. Dianne Feinstein.

Sen. Johnson defended Americans’ rights to own guns following the Colorado massacre and calls for tougher weapons laws, saying the real issues are “sick, demented individuals” and how the country deals with them.

This Is Not An Issue About Guns!

"This is really an issue about sick, demented individuals. It's a tragedy, and I don't think there’s a solution in Washington to solve that problem. ... other than look to our families, look to our communities, starting with our education system. We've got to re-instill values in what we're teaching our children. We need to look at families and the education system.”

Johnson faced off on the gun-control issue with California Democrat Sen. Dianne Feinstein, following the mass murder early Friday in Colorado in which a gunman used an AR-15 rifle with a large magazine to kill 12 people and injure dozens of others in a movie theater in Aurora.

Liberals and Democrats use murderous carnage to advance their political cause to ban guns? Could this be true? 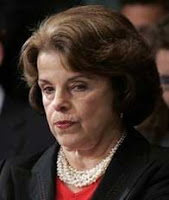 In 1994, a Congress controlled by Democrats approved a 10-year gun-ban on 19 different types of firearms.

Later that year, some Democrats became believers that their support for that specific gun-ban legislation contributed to their loss of the House a few months later.

But even though Democrats loss Congress for the first time in 40 years, it was only 5 years later that Vice President Al Gore cast a tie-breaking Senate vote on legislation to restrict sales at Gun Shows.

Feinstein, (D-Calif.), argued the federal government should put a ban on rapid-fire weapons and large magazines, which can hold as many as 100 rounds.

"Weapons of war don’t belong on the streets," Feinstein said on the show. "We’ve got to sit down and really come to grips on what is sold to average citizens."

"Average citizens"? Is she calling James Eagan Holmes an "average citizen"? I hope not, but if so, it shows how out of touch Dianne Feinstein truly is.

The call for federal lawmakers to tighten gun laws began shortly after the shooting, including one from New York Mayor Michael Bloomberg, who has himself registered as an Independent but sides with liberal Democrats.

"Soothing words are nice," he said in a radio interview, "but maybe it's time that the two people who want to be president of the United States stand up and tell us what they are going to do about it, because this is obviously a problem across the country."

"A problem across the nation"? Where does Bloomberg get his information? I can't help but wonder if its from the same people who told him large soft-drinks are the problem with obesity in New York? Probably.

Lautenberg staff is reported to have said, "If reports are correct and a high-capacity gun magazine was used to commit these awful murders, Senator Lautenberg will absolutely renew his effort to limit the availability of this dangerous firearm attachment."

Last year, Lautenberg introduced legislation to ban high-capacity ammunition magazines. He also has authored other gun-related bills including one that would close so-called loopholes on background checks for buyers at gun shows.

But wait, there is one fellow Democrat who does not agree!

Colorado Governor John Hickenlooper, who is also a Democrat, suggested tighter regulations would not have prevented Holmes.

"If it wasn't one weapon, it would have been another. I mean, he was diabolical," he said on CNN's "State of the Union."

"If there were no assault weapons available, and no this or no that, this guy is going to find something, right? He's going to know how to create a bomb," said Hickenlooper.

So what's this about?

Well, it appears that every time a highly publicized outbreak of gun violence takes place - liberal anti-Gun advocates like Fienstein and Bloomberg and others come out with instant statements calling for more Gun-Control.

Whether it was the Columbine school killings, or the Virginia Tech murderous rampage, or the attempted murder of a Congresswoman, it seems as though carnage by deranged individuals is the trigger for anti-Gun people to release the same calls.

And yes, to answer a question that I will be asked later, my friends we have a population of over 314 Million people.

Out of that, we have one sick individual who would commit a mass murder and kill like Holmes did. It was a homicide of huge proportions, but homicides are not all committed with guns. Fact is that he could have set fire to the theatre, used a bomb, or walked around stabbing people. This low-life is criminally insane.

Friends,no matter what the Liberal News Media tries to tell us, out of us 314 Million citizens, there are only about .0078% of us who are not responsible citizens and commit murders.

Where did I get that number from? From the fact that out of of over 314 Million people, there were 24 Thousand murders last year in 2011.

Even though we hear more and more about gun violence in the News, and yes the liberal News Media wants to play up the "shooter" and "gun" aspect of murders across the nation, the truth tells a different story.

According to the U.S. government, statistics that came out in January of this year show that the U.S. death rate from homicides dropped to a 50 year low

On January 11th, 2012, The Washington Post reported that life expectancy improved, mortality rates fell for all five leading causes of death, and the homicide rate was as low as it has been in almost 50 years.

"What grabbed us here was the drop in homicide," said Robert N. Anderson, chief of mortality statistics at the National Center for Health Statistics.

“We’re really not sure what’s driving this. That’s the million-dollar question,” Anderson said.

The steep drop in homicide in the 1990s — the District’s rate is now less than a third of what it was in 1991 — is usually attributed to crack cocaine’s waning popularity. Experts are less able to explain the decline since 2008, a period that tracks the economic down-turn.

“There’s not enough knowledge out there for us to have an explanation that we can bank on. We’re left with speculation,” said Alfred Blumstein, a criminologist at Heinz College of Carnegie Mellon University in Pittsburgh.

A wide array of theories has been offered about factors that might be contributing to the decline, he said, ranging from better policing to the possibility that a lowered rate of lead poisoning in city children has led to reduced anti-social behavior among young adults.

"I think we can also rule out the ‘business cycle’ as an explanation," said Philip J. Cook, a professor of economics and public policy at Duke University.

Cook, who has analyzed the 13 business cycles since 1933 and found that, "Recessions have little or no effect on the homicide rate. . . . At this point, I think we need to dig into the details of the homicide patterns” to come up with credible reasons for the recent trend," said Cook.

For many good reasons, the American public does not endorse Gun-Control.

Ultra-left Democrat want to enact federal legislation even though homicides have gone down in the last 50 years. And yes, because of that they are seen as out of touch with what's going on in America.

According to a Gallup poll in 1990, 78 percent of those surveyed said laws covering the sale of firearms should be stricter, while 19 percent said they should remain the same or be loosened.

Yes, the issue of Gun-Control might divide some rural voters from some urban voters - but gun sales in going through the roof mostly in urban areas. That shows that many is urban areas are tired of being the victim of crime.

Many urban folks in cities like Chicago, where Gun-Control is the strictest in the nation has seen a huge jump in the number of murders in that city. In fact, in recent months, Chicago was declared more dangerous than Afghanistan when you look at the number of killings there.

In Washington, D.C., where the murder rate in also high, citizens have had to fight tooth and nail to be granted their Constitutional Rights to own guns.

In the District of Columbia v. Heller, 554 U.S. 570 (2008), the landmark case in which the Supreme Court of the United States held that the Second Amendment to the United States Constitution protects an individual's right to possess firearms.

It was sad that it had to come down to a Supreme Court decision.

It's a shame there are some out there who are trying to make this into something that it isn't!

In the current election cycle, the National Rifle Association has made 88 percent of its political donations to Republicans, and 12 percent to Democrats. Yes, the NRA supports some Democrats who have shown themselves as being pro-2nd Amendment and the Bill of Rights.

It is very sad that things like the movie massacre takes place. It's also sad that anti-gun Democrats find it necessary to immediately find a microphone and start calling for restrictions on our 2nd Amendments rights.

And yes, it's a damn shame there are some out there that are trying to make this into something that it isn't!

Everyone should stand and be counted with Republicans like Sen Ron Johnson who came out and said "This isn’t an issue about guns."

We should all vow to stand against liberal politicians, like Dianne Feinstein, who would use such a senseless act to advance their agenda of banning guns. We have the power and the votes to prevail.