Can't Sell Mistletoe, But Begging Is OK In Oregon 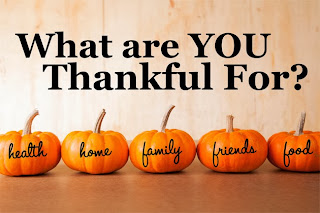 This last week beings Thanksgiving, I would think that we all took a moment to remind ourselves of what we have to be thankful for.

We should count our blessing, especially us who aren't doing as bad as others.

For me, I've hit bottom in my life and really didn't know what I would do if I didn't find some kind of work.

Luckily for me, my grandfather taught me that it didn't matter what kind of job you had - as long as you were working and making money honestly.  It wasn't so much the money - as it was how you came by it.

And yes, my grandfather had a lot to do with how I see life.

Raising a family during the Great Depression taught him that pride was a luxury that didn't put food on the table - but pride was something that you held on to dearly.

For him, he would have been 100 this year, and in his early days he was a Merchant Marine out of Hawaii, and between ships he worked just about any sort of job that paid good honest money.

He worked as a bus driver, sold sewing machines, worked as a ranch butcher, worked as a doorman for two bars in Honolulu's Hotel Street when that area was known as Hell's Half Acre. And no, his pride wouldn't let him take a handout.

For me, especially when I was younger and really had no trade at the time, fresh out of the Marine Corps, no one hiring a guy who packed a rifle for a living, I always kept in mind that any kind of work was better than no work - but please let it be honest so that I can look myself in the face.

Yup, it was my grandfather who taught me the value of working hard and paying your own way in life. No handouts, means no regrets! Pictured above: Madison Root, 11, holding some of the mistletoe she was told not to sell. (Courtesy KATU)

I feel as though Madison Root would have made my grandfather proud.

According to KATU-TV in Oregon, Madison Root and her father were selling bags of the hand-cut hand-wrapped Christmas favorite last Saturday morning next to the Skidmore Fountain in downtown Portland, where the city holds a weekly market.

She was trying to raise money for braces. Yes, braces for her teeth.

Everything was going well until a Security Guard told her that she had to stop selling due to a city ordinance that bans such activity in a park "except as expressly permitted under the terms of a lease, concession or permit."

That's right, she is an 11-year-old girl from Portland, Oregon, who has been told that she can't sell mistletoe to help defray the cost of braces - but there's more!

The guard then told Madison that she could sell her mistletoe outside the boundaries of the park where the fountain and the market are located, away from the crowds, or she could simply ask for donations to cover the cost of her braces.

Yes, she was told that she couldn't work for her money for her braces by selling mistletoe - but instead she can beg for the money on the city's streets.

"I don't want to beg! I would rather work for something than beg," Madison told KATU reporter Dan Cassuto.

"It's crazy. People can get money for pot. But I can't get money for braces. I'm working for this! They're just sitting down on their butts all day asking for pot."

A Portland Parks Bureau spokesman told the station that begging is a form of Free Speech and is protected by the First Amendment.

Yes, imagine that for a moment. Begging is considered a form of Free Speech in Portland Oregon!

One market vendor told the station that she wished an exception to the ordinance could be made for children.

"They should have a caveat for children trying to create options for commerce, especially this time of year," Sharon Steen, who sells ceramic bowls at the market told KATU.

"We encourage it. We want them to grow up and be entrepreneurs."

As should we all!

It is amazing to think that an 11 year old can teach an entire city a lesson in values and standards, in what's right and what is wrong.

The lesson from the City of Portland: Begging is good; Self-reliance and working for what you want is illegal - at least in Portland, Oregon, is not a good one.

As for Madison Root, I really believe that she'll make it in life in spite of the way things are today. Her pride won't allow her to do any different.

And yes, that is a good thing!

Now, my wife just finished reading this and suggested that Madison "skirt" the law by "asking for a donations" in the amount of the price of the mistletoe for her mistletoe.

While I think that this is a way "around" the city ordinance, I think it is sad that we have to do this more and more today.

Sure, on one hand she's learning that "where there's a will, there's a way" - but on the other hand, we are teaching her and others that there are ways of getting around things.

My wife says, on a positive note, that this could be a lesson in not so much "skirting" the law as it is learning how to "work with" the law.

Either way, I just find it a sad note that Portland would stop a kid from selling mistletoe so that she can raise money for her braces, yet says it's OK to panhandle for pot.

Something is wrong here, and no matter how we sugar coat it, it is just wrong that we aren't rewarding drive - but instead deterring it.