Slavery In America - Trivia You Won't Believe - Part One

According to colonial records, the first slave owner in the United States was a black man.

Prior to 1655, there were no legal slaves in the American colonies. Believe it or not, they only "indentured servants" prior to that date.

All masters were required to free their servants after their time was up. And yes, 7 years was the limit that an indentured servant could be held.

Anthony Johnson was a Negro from modern-day Angola. He was brought to "the America's" to work on a tobacco farm in 1619.

In 1622, Johnson was almost killed when Powhatan Indians attacked the farm. Of the people on that farm, 52 out of 57 people were killed in the attack.

Johnson married a female black servant while working on the farm.

When Anthony was released as an "indentured servant," he was legally recognized as a “free Negro” and ran a successful farm.

In 1651, Johnson had 250 acres and five black "indentured servants" of his own under his care.

In 1654, it was time for Johnson to release John Casor who was one of his black indentured servants. But, instead of letting him go, Anthony instead told Casor that he was extending his time.

Anthony Johnson took legal action and sued Robert Parker in the Northampton Court in 1654 to retrieve his "property."

In 1655, the court ruled that Anthony Johnson could hold John Casor indefinitely.

The court gave judicial sanction for blacks to own slave of their own race. Because of that, John Casor became the first permanent slave in America, and Anthony Johnson became the First Slave Owner.

Both men were Black.

Whites still could not legally hold a black servant as an indefinite slave until 1670.

In that year, the colonial assembly passed legislation permitting free whites, blacks, and Indians the right to own blacks as slaves.

By 1699, the number of free blacks prompted fears of a “Negro insurrection.” And yes, the colony of Virginia ordered the repatriation of freed blacks back to Africa.

Many blacks sold themselves to white masters so they would not have to go to Africa.

This was the first effort to gently repatriate free blacks back to Africa. The modern nations of Sierra Leone and Liberia both originated as colonies of repatriated former black slaves.

Yup, Anthony Johnson was just the First of many.

It is true that many slave holders were indeed Black, or had some Black ancestry. And yes, Black Slave Owners continued to thrive in the United States for quite a while after the Revolution.

By 1860, there were about 3,000 Black slaves owned by Black households in the city of New Orleans alone.

It should be noted, contrary to some historians who write about Black Slave Owners who bought their own relatives to give them better lives, the majority of black slaveholders appeared to hold slaves as a commercial decision.

The First Slaves In Large Numbers In The Americas Were Not Black - They Were Irish?

Slavery in America is said to have began when the first African slaves were brought to the North American colony of Jamestown, Virginia, in 1619, to aid in the production of such lucrative crops as tobacco.

His Proclamation of 1625 required Irish political prisoners be sent overseas and sold to English settlers in the West Indies.

By the mid 1600s, the Irish were the main slaves sold to Antigua and Montserrat. At that time, 70% of the total population of Montserrat were Irish slaves.

Ireland quickly became the biggest source of human livestock for English merchants. The majority of the early slaves to the New World were actually white.

Ireland’s population is said to have fallen from about 1.5 Million to less than half that at 600,000 in just one single decade.

Families were are said to have been ripped apart as the British did not allow Irish husbands to take their wives, and subsequently fathers were stripped from their children, as they sent across the Atlantic.

This led to a helpless population of homeless women and children. Britain’s solution was to auction them off as well.

During the 1650s, over 100,000 Irish children between the ages of 10 and 14 were taken from their parents and sold as slaves in the West Indies, Virginia and New England.

In this decade, 52,000 Irish (mostly women and children) were sold to Barbados and Virginia.

Another 30,000 Irish men and women were also transported and sold to the highest bidder.

In 1656, Cromwell ordered that 2000 Irish children be taken to Jamaica and sold as slaves to English settlers.

One writer said that many people today will avoid calling the Irish slaves - yet that's what they truly were: Slaves.

However, in most cases from the 17th and 18th centuries, Irish slaves were nothing more than human cattle.

As an example, the African slave trade was just beginning during this same period. It is well recorded that African slaves, not tainted with the stain of the hated Catholic theology and more expensive to purchase, were often treated far better than their Irish counterparts.

Then again, you probably won't hear that during Black History month.

How About Slavery Among Native Americans?
Native American tribes have been taking captives and making slaves out of their opposition for centuries before Europeans ever go to "The New World, The Americas".

And no, it was not just confined to the Lower 48, the Haida and Tlingit Indians who lived along southeast Alaska's coast were traditionally known as fierce warriors and slave-traders, raiding as far as California.

Slavery was hereditary after slaves were taken as prisoners of war.

Among some Pacific Northwest tribes, about a quarter of the population were slaves.

Other slave-owning tribes of North America were, for example, the Comanche, the Credo, the Pawnee, the Kiowa, and so on and on.

Most tribes held slaves. In fact, many Indian Tribes who made the journey on the Trail of Tears brought their slaves with them - including black and white slaves.

It's true! After 1800, the Cherokees and the other "civilized" tribes started buying and using Black slaves from the whites - a practice they continued after being relocated to Indian Territory in the 1830s.

The Five Civilized Tribes adopted some practices which they saw as beneficial; they were working to get along with the Americans and to keep their territory. The Cherokee was the tribe that held the most slaves. In 1809, they held nearly 600 enslaved blacks.

The nature of slavery in Cherokee society often mirrored that of white slave-owning society.


For example, they had laws barred inter-marriage of Cherokees and enslaved African Americans. Cherokee who aided slaves were punished with one hundred lashes on the back.

In fact, it is interesting to note that in the Cherokee society, those with African-American descent were barred from holding office.

And yes, that was true even if they were a mixed blood Cherokee, someone who could bear arms, and owned property.

And as for captives? Man or woman did not matter to the tribes if you were from another tribe. They saw their opposition as lower than them.

And example of this is the story about a Ute woman who was captured by the Arapaho and later sold to a Cheyenne as a slave.
The Ute woman was used as a prostitute while she lived in slavery until about 1880 when she died of a hemorrhage resulting from "excessive sexual intercourse".

A Ute man or woman had no worth to a Cheyenne.

While slavery for European America was officially established in Virginia in 1654 when Anthony Johnson, who was himself Black Man, convinced a court that his black indentured servant John Casor was his property for life, Native Americans had been practicing slavery for thousands of years before that.

So How Many People Actually Owned Slaves In America? 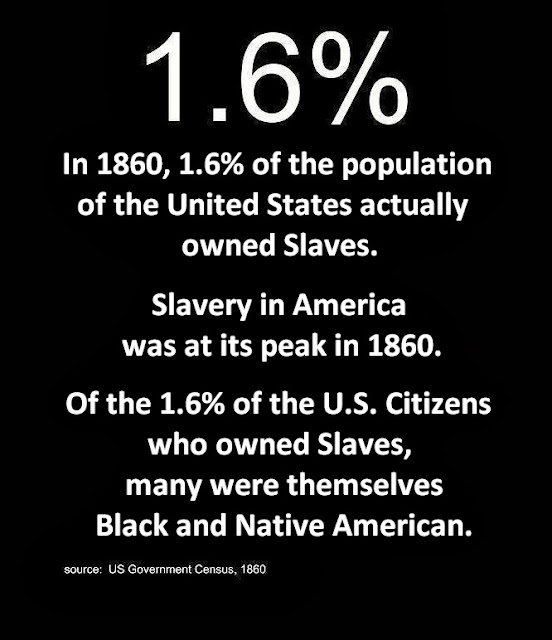