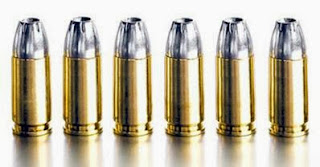 This is one of those unbelievable stories about what's taking place in America today.

It is about lead. Yes, lead,

Lead has been mined for more than 6,000 years, and the metal and its compounds have been used throughout history.

Besides all over Europe and Asia, small lead nuggets have been found in pre-Columbian Peru, Yucatan, and Guatemala.

The Greeks mined lead on a large scale from 650 B.C. onwards and not only knew how to obtain the metal but how to covert this to white lead.

Because of its superb covering power, this was the basis of paints for more than 2000 years, until the middle of the last century.

The Romans used lead on a large scale, mining it mainly in Spain and Britain, and using it also for water pipes, coffins, pewter tableware, and to debase their silver coinage. Because of it softness, this easily-worked metal has been used for pipes, pewter, paints, glazes, and pottery since Roman times.

While its mining declined in the Dark Ages it reappeared in Medieval times and found new uses, such as pottery glazes, printing type, and yes bullets.

During most of the 20th century, it has been used as a fuel additive to raise the octane levels of gasoline.

Lead is an element familiar to humans for many centuries reflected in the use of an early alchemical symbol and carved Roman characters used for the image.

Many of these uses have now either been banned, replaced or discouraged as lead is known to be detrimental to health, particularly that of children.

Daily intake of lead from all sources is about a tenth of a milligramme, and the average human body stores about 120 milligrammes in the bones.

While some worry about the mere existence of lead, lead is still widely used for cable sheathing, car batteries, lead crystal glass, radiation protection and in some solders.

The reason for its use is that lead is very resistant to corrosion - lead pipes from Roman times are still in use today - and it is often used to store corrosive liquids.

Great quantities of lead, both as the metal and the dioxide, are used in batteries. As stated before, lead is also used in cable covering, plumbing and ammunition.

Tetraethyl lead is used as an anti-knock agent in gasoline, and as an additive in paints.

The use of lead in plumbing, gasoline and paints has been reduced in the past few years because of environmental concern, as lead is a cumulative poison and is thought to affect brain development and function, especially in young children.

While lead is dangerous if digested, lead is an effective shield around X-ray equipment and nuclear reactors. Lead oxide is used in the production of fine crystal glass.

So now, a story in the news in the past week said, "End of the line for the lead bullet? Regulations, bans force switch to 'green' ammo"

The story went on to talk about how the U.S. Army's new round replaces the current M855 5.56mm cartridge that has been used by U.S. troops since the early 1980s.

When the last bullet-producing lead smelter closes its doors on Dec. 31, it will mark a major victory for those who say lead-based ammunition pollutes the environment, but others warn 'green' bullets will cost more, drive up copper prices and do little to help conservation.

The bid to ban lead bullets, seen by some as harmful to the environment, started slowly more than a decade ago.

But with two dozen states, including California, banning bullets made of the soft, heavy metal, the lead bullet's epitaph was already being written when the federal government finished it off.

While the military announced plans to phase out lead bullets by 2018, the NRA (National Rifle Association said, "Whatever the EPA's motivation when creating the new lead air quality standard, increasingly restrictive regulation of lead is likely to affect the production and cost of traditional ammunition."

Whether by state or federal regulation, or by market forces, lead bullets will be all but phased out within a few years in favor of so-called green bullets, experts say.

Of course, switching to copper-based bullets will cost hunters and sportsmen more and have little effect on the environment.

"Whatever the EPA's motivation when creating the new lead air quality standard, increasingly restrictive regulation of lead is likely to affect the production and cost of traditional ammunition," the National Rifle Association said in a statement

Critics of lead bullets say that in addition to lead finding its way into the water supply and food chain. They also say that people who handle ammunition have been found to have elevated levels of lead in their blood.

For me, I don't believe the Environmental Extremist who have been found to use inflated or faked data to push their agenda.

And yes, I really think the Army researching a more environment-friendly bullet at the Picatinny Arsenal, in New Jersey, since 2010, is nothing but more Defense Department Waste.

No, I'm not impressed with a lead-free version of the 7.62-mm rounds fired from M-14 rifles which will be issued to troops in 2014.

I'm not impressed that that will follow a prior switch to a greener 5.56 mm "Enhanced Performance Round (EPR)" the Army switched to in 2010..

I honestly think our Military is becoming too Politically Correct, and I really don't care if the Army says, "The EPR replaces the lead slug with a copper slug. This makes the projectile environmentally friendly, while still giving soldiers the performance capabilities they need on the battlefield."

While the Army has projected that use of green bullets for small-round ammunition could eliminate the purchase of nearly 4,000 metric tons of lead between now and 2018, Jim Yardley who is a retired financial controller and blogger for americanthinker.com, estimated it would cost $18,431,000 to replace the lead with copper.

“Nearly $20 million, not to improve the effectiveness of the ammunition used by our troops, but to protect the environment,” Yardley wrote.

Yes, in a time when we are cutting the services for our disabled veterans, Liberals Environmentalist are closing a plant which will cost the Taxpayer nearly 20 MILLION Dollars just to satisfy the other Liberal Extremists.
Besides, everyone should know that this has nothing to do with lead manufacturing, but instead is simply more Backdoor Gun Control.

In fact, in the big picture, bullets are way down the list of what lead is used for in manufacturing processes.
In 2010, Doe Run settled with the EPA and state regulators for $65 million and a pledge to close the 120-year-old smelter by year's end.

Doe Run General Manager Gary Hughes said the company tried to bring its smelter into compliance so it could continue to produce lead products, but abandoned plans in 2012 due to federal regulations.

"We hoped to be building another such plant by now; however, constructing a full-scale plant, given other regulatory compliance spending requirements, puts our company at financial risk," he said.

It is unclear if another company will open a new lead smelter in the U.S. that can meet the more stringent air quality standards.

Sure, ammunition will cost more, but where's the surprise there.

With the biggest buyer of ammo, the U.S. Army, switching to copper-core, "green" bullets, and the number of state bans on lead bullets growing, ammunition makers are adapting.

One such company is Florida-based Liberty Ammunition, which has ramped up production of green bullets by adding a second production shift.

“Copper is not cheap,” said Matthew Phillips, Liberty's vice president of sales and marketing. “Luckily, we’ve managed to find a way to keep the cost down.”

And yes, diverting copper for bullet manufacturing could have other unintended economic consequences, critics warn.

“This will inevitably increase the cost of electronic devices that use copper," wrote Yardley."It will add to the cost of a wiring a new home, having an adverse impact on the housing industry.”

“The Treasury Department already wants to discontinue the penny due to the cost of producing it. A rising cost of copper will only add impetus to that, and might encourage them to repeat the response to a copper shortage during WWII, and produce pennies from steel.”

But with all of this information, the bigger question remains. One that no one in the EPA wants to address, "Where are American manufacturers going to get lead from or all of the other uses of lead besides bullets?"

Contrary to popular belief, bullet making is way down the list to other manufacturing processes using lead.

While it is also used in alloys such as fusible metals, anti-friction metals, solder, and type metal, and is used for covering cables and as a lining for laboratory sinks, tanks, and the "chambers" in the lead-chamber process for the manufacture of sulfuric acid - its primary use in the United States is in producing automobile batteries.
Simple minded Liberals think lead is only bullets and condors, but it is more than that. Just as a half a barrel of oil goes to making over 6,000 petroleum based products that we take for granted on a daily basis - lead has more important uses than just bullets.

We know about it being used extensively in plumbing, but do most folks know that lead is an excellent vibration-dampening characteristics to such an extent that lead is often used to support heavy machinery - and was even used in the foundations of the Pan Am Building built over Grand Central Station in New York City.

So now, since America is not going to produce lead - something we as a nation needs in our manufacturing processes - where do we get the lead we must have to make certain products?

Well, the Obama Administration's EPA says they don't care as long as its not in the United States.

Yes, lead is just one more thing that we will now have to buy from overseas.

Well, we'd be screwed to such an extent that just our EPA laws alone would turn us into a Third World nation unable to produce a thing for ourselves.