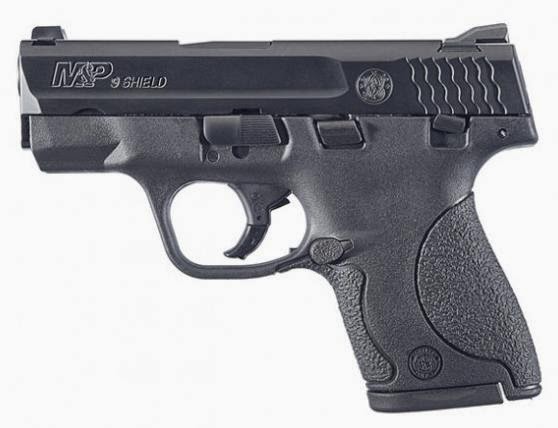 Back on January 26th, Smith & Wesson and Strum Ruger announced that they decided to quit selling semi-automatic handguns in California over a new state shell casing "stamping" requirement.

The new gun law "supposedly" helps law enforcement, but all it has done is drive Smith & Wesson and Ruger to make the announcement.

Firearms rights advocates correctly stated that the measure was really about doing an end-run to take handguns out of California.

As usual, it does nothing to stem the flow of illegal guns in the hands of criminals, as it only effects law abiding citizens.


The California law requires semi-automatic handguns have a technology that imprints a tiny stamp on the shell casing so it can be traced back to the gun owner. Of course if the gun has been stolen, the gun owner probably has nothing to do with the crime that the gun was used in.

In January, both Smith & Wesson and Ruger called the so-called "micro-stamping" technology unworkable in its present form and can actually impair a gun's performance.

Firearm microstamping, or ballistic imprinting, works by engraving a microscopic marking onto the tip of the firing pin.

When the gun is fired, it leaves an imprint, usually of a serial number, on the bullet casings.

California’s law is the first in the nation to be implemented and was originally signed into effect in October 2007, but not implemented until recently. Several other states are considering similar measures.

Of course, what is good for some Californians is not good for all Californians as all state, county, and city law enforcement agencies are exempt from microstamping requirements for some unknown reason.

Critics say tracing a bullet to a registered gun owner does little to fight crime, since criminals often kill with stolen handguns.

But frankly, there are folks like myself who believe that the technology is not about catching bad guys -- after all, if it was, why isn't it mandatory for a semi-autos including the ones carried by the police.

If law enforcement would be included, wouldn't that give crime scene investigators an ability to discern a bad guy's bullet from an officer's if the need arose.

Many like me believe tracing bullets is not the real intent of the law in the first place.

"This is the latest attempt to undermine the Second Amendment in California by politicians with little to no knowledge of firearms, who seek to impose their liberal values upon those who choose to protect their families with the constitutional right to own a handgun," said Chuck Michel, West Coast Counsel for the National Rifle Association, an Adjunct Professor at Chapman University and author of the book "California Gun Laws."

Smith & Wesson said it expects the sales of its California-compliant revolvers, which aren't required to have microstamping, to offset the financial impact to the company.

Company President and CEO James Debney vowed to continue to work with industry groups to oppose the law, while providing California customers with products that do comply with California law.

Well, it seems that Mr Debney has done just that.

April 14th, 2014, a news story sent to me reports that Smith & Wesson will now start shipping its line of M&P Shield pistols to California.

New 9mm and .40 S&W pistols, which are "grandfathered" prior to California microstamping mandate, non-microstamped, are California compliant and approved for sale here.

Besides and e-mail, my brother called and said he was getting one as soon as he could get an order in.

Approved and added to the California Roster of Handguns Certified for Sale prior to the microstamping requirement, the new M&P Shield pistols offer customers in California a slim, concealable, lightweight, striker-fired polymer pistol specifically engineered for personal protection.

This is one nice handgun.

When it comes to personal defense pistols in general, concealed carry weapons, I’m pretty much like everybody else in that as much as I love my full-size Model 1911 and its .45 ACP stopping power.

That sort of stopping power is what I’m gonna strap on my belt or tuck in my waistband when I need to leave the house to run into town.

This pistol is built to professional specifications and standards are designed in the M&P Shield to serve as a dependable carry gun for private citizens.

As for concealability, the measure of how easily a handgun is concealed, the overall length, width, height, and weight all come into play.

Some of these specifications are more important than others. For example, overall length might matter since a long barrel or slide extends further down a person's side when using an inside-the-waistband holster -- which happens to be the most common method of concealing a handgun.

Length, width and weight are the two most important specifications for concealability.

The S&W M&P Shield would work fine. It is lightweight, compact, and is extremely unobtrusive into my pocket.

And yes, the California-compliant M&P Shield is available in both 9mm and more powerful .40 S&W.

Measuring a compact 6.1 inches in overall length with an unloaded weight of only 19 ounces, the M&P Shield pistol is easily concealed and can be conveniently carried during everyday activities.

"Since its initial introduction, the M&P Shield has quickly become one of the most popular personal protection firearms on the market," said Mario Pasantes, Smith & Wesson’s Senior Vice President of Marketing and Global Professional Sales.

"Lightweight, comfortable in the hand and highly accurate, the M&P Shield provides the same trusted and proven features found in the full-size M&P pistol, but with an easily concealable profile that is suitable for self defense purposes. As California consumers face a diminishing list of pistol choices for personal protection due to the state’s microstamping requirement, we are proud to offer them access to our newest and most popular pistols in non-microstamped yet fully compliant versions."

The M&P Shield is standard with a 3.1 inch barrel and retains familiar operating features on the left side of the frame, including a simple takedown lever, flat profile slide stop, magazine release and thumb safety.

For optimal firearm control, the M&P Shield is standard with a fixed textured backstrap and additional texturing at the forward portion of the grip.

An extended trigger guard allows for operation of the pistol with or without gloves.

The M&P Shield is standard with a 5.3-inch sight radius, which allows for fast tracking and smooth target acquisition while the pistol’s short, consistent trigger pull helps deliver consistent accuracy.

That trigger pull is mighty important because that is just one more factor that makes the M&P Shield user-friendly.

Friends, with its uniform short, crisp trigger pull, which again is the same mechanism as found on full-size M&Ps, this is one of the best, shortest and most crisp Double Action trigger pulls on the market.

And yes, that makes it very easy for either men or women.

Other familiar features include a passive trigger safety designed to prevent the pistol from firing if dropped and a sear release lever that eliminates the need to press the trigger in order to disassemble the firearm.

For more information on the new California compliant M&P Shield pistols visit:
www.smith-wesson.com or visit http://www.youtube.com/user/SmithWessonCorp
for exciting new videos on all the latest products.

For right now, Smith & Wesson facilities are located in Massachusetts and Maine.

And yes, if you're wondering, I do have my mind set on getting one sonner or later. 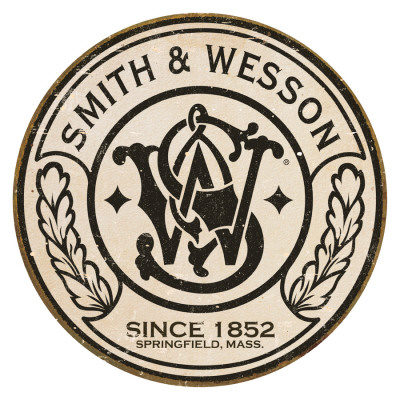