The Benefits of Capitalism versus the Socialist Lie 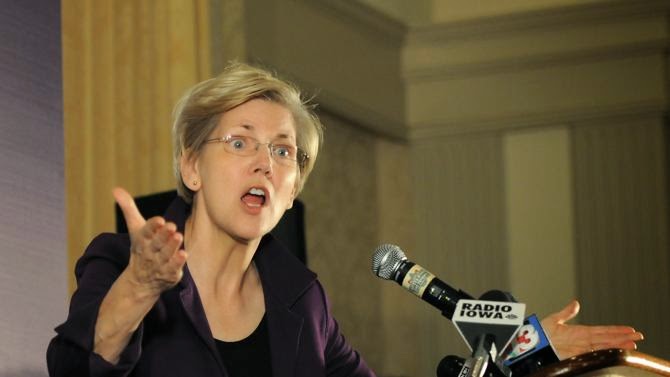 Some of you have asked me to re-post the lower part of my article, as a separate topic. One reader suggested that I title it the Benefits of Capitalism versus the Socialist Lie.

As you can see, I have done just that. Here is the re-post of the section so many have of you have asked for:

The Benefits of Capitalism versus the Socialist Lie

A study commissioned by the Consumer Energy Alliance shows the Gulf Coast project, which began in 2012 and became operational in January, pumped $2.1 Billion into Oklahoma's economy.

Friends, that's including more than $1 Billion in wages and $72 Million in total taxes to fund schools and feed the needy while taking care of other infrastructure concerns.

It is interesting to note that Senator Elizabeth Warren of Massachusetts is against the Keystone XL Pipeline.

Senator Elizabeth Warren is an anti-Capitalism pro-Socialism Democrat who is on record as saying:

"There is nobody in this country who got rich on their own. Nobody. You built a factory out there - good for you. But I want to be clear. You moved your goods to market on roads the rest of us paid for. You hired workers the rest of us paid to educate. You were safe in your factory because of police forces and fire forces that the rest of us paid for. You didn't have to worry that marauding bands would come and seize everything at your factory... Now look. You built a factory and it turned into something terrific or a great idea - God bless! Keep a hunk of it. But part of the underlying social contract is you take a hunk of that and pay forward for the next kid who comes along."

In her rant, she conveniently leaves out that it is American Capitalism that makes all of that possible.

Yes, American businesses pay the biggest share of taxes which creates roads and maintains them, and builds schools and maintains them. It is the taxes and the income generated by the private business sector that enable schools to hire teachers and fire departments to be created and staffed..

She leaves out the fact that business has always paid the biggest taxes, and that is has been business in America which provide the resources for us to maintain highways, mass transit, water projects, health care, and police services.

And yes, in case she doesn't understand where that money comes from, someone should tell her that job creation in the private sector pays her salary!

According to the January 2014 State Department report, the Keystone XL Pipeline will produce Billions of dollars for the economy and a minimum of 42,000 jobs.

Why can't liberals like Warren understand that its jobs, and not government handouts of money that they received from the taxes of businesses, that has made America great.

Jobs lift the poor out of poverty, and jobs have provided for more than the government can ever hope to.

Someone should explain to her that jobs and not government assistance is what fuels the American economy, and the Keystone XL pipeline will provide jobs as well as needed state and local tax revenue to allow Americans the ability to enjoy better lives.

But then on second thought, don't try explaining it to her. I have a feeling such a fervent Socialist as Warren will never truly understand how America works and prospers.

In October, 2014, Hillary Clinton said, "Don’t let anybody tell you that it's corporations and businesses that create jobs. You know that old theory, trickle-down economics. That has been tried; that has failed. It has failed rather spectacularly."

Don't bother trying to change the minds of ardent Socialists who believe such lies, such cognitive distortions, such Leftist propaganda. It is a waste of time and energy to try.

No matter how many facts we present to them, Socialists like Warren, Clinton and Obama will steadfastly believe that people who work hard to build their businesses should not get the credit they deserve.

Tom Correa
Posted by Tom Correa at 3:57 AM