Why Do Democrats Love Socialism? 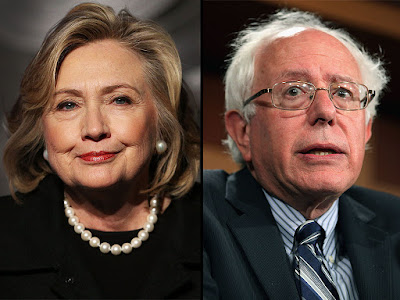 I have a hard time believing that I've lived long enough to see people running for President in the Democrat Party who actually admit that they are Socialists and have a problem with one of the main principles that built our nation -- that being Capitalism and the right of all men and women to work and prosper.

Yes, one of America's founding principles is that our economy is organized so that the things that we need as a people are made by us, and owned by us. Yes, individual people and companies rather than by the government.

Yes, American Capitalism is a system under which the ownership of land and wealth is for the most part in the hands of us, private individuals, so that we can determine our life's course without having to answer to anyone else.

In Capitalism, no one is our master. It enables freedom from servitude. It stops slavery and enables liberty to thrive. Right now, it is a fact that our American system of Capitalism is a force that is freeing people around the world.


I have known many Democrats in my time. Most have been good people who have voted like their parents voted without really giving much thought to the political party they support. Most don't really know the history of the Democrat Party, or the difference between them and the Republican Party.

But to admit that they are in favor of Socialism? Wow, that's a huge step in the evolution of a major political party in America.

The Democrat Party still promotes itself as the "pro-Union party of the working man," yet today the Democrat Party is the party of cheap Mexican non-Union labor which is undercutting Union jobs. They are the party of anti-business and sending jobs overseas where cheap labor can still be had for their campaign donors.

The Democrat Party is the party of putting more people in poverty by crushing businesses through over-regulation, and catering to special interest groups who line the pockets of Liberal politicians. And yes, those special interest groups are who diverted water from people to save a few fish in California only to turn the San Joaquin Valley and living conditions there into that of a Third World Country.

The Democrat Party today is for giving rights for non-citizens, for Black Lives Matter but not ALL LIVES mattering, for shutting down manufacturing plants because they pollute, for killing family farms and ranches, for giving weapons to Muslim extremists, and for giving Iran nuclear weapons to wipe Israel off the map.

And of course, the Democrat Party is one where it's politicians take the money from a Billion-dollar Corporation that is so greedy that it sells parts of dead babies even though it already gets more than a half-Billion dollars in tax subsidies.

Sadly, the Democrat Party is the party of control and enslaving Americans through regulations and government oppression. And yes, that's where their love of Socialism begins!

Socialism is the opposite of Capitalism in that a Socialist society is one in which their is no private business and in essence companies are owned and controlled by the government rather than by individual people and companies. It has to do with advocating governmental ownership of everything.

Yes, Socialism means production and distribution of your goods is completely administered by the government in a rationed society where group living is OK and there is no private property. That means Socialism is a system government where everything in society is owned and controlled by the government. You have absolutely no say in the matter when it comes to your own business and your creations.

And whether of not those in favor of Socialism want to admit it or not, Socialism is a stage of society in Marxist Communist theory that is used to transition a nation from Capitalism to full blown Communism where the government is your supreme master.

Communism is a way of organizing a society in which the government owns everything and there is no privately owned property. Everyone is completely supposedly equal in the eyes of the government.

Yes, Socialism and Communism are systems that is the direct opposite of Capitalism. Where Capitalism encourages hard work that gets one individual reward and personal achievement, Socialism means you work for the government and have no reward. The individual means nothing in a Socialist society. The governing body are the masters of that society.

There lies the problem with Socialism and Communism. There are no incentives to prosper because there is no such thing as personal gain. Becoming a success would be great in a Capitalist society, but in a Socialist or Communist society it would be a violation of the system people live in.

Is that what we want in America? Is that the Democrat Party? Do we really want all of America's major industries to be owned and controlled by the government? Do we really want a two tier system of government where those in charge, a "governing class," live like royalty and get the best of everything while the "working class" lives in a supposedly totally equal society which is actually unequal?

How is it unequal? Here's the difference, in our Capitalist system a farmer works all day, every day, from sun up to sun down, and gets paid for his hard work. He is rewarded for his labor and his "success" in life is only limited by how much effort he wants to expend. Work hard and get ahead versus be lazy and live in poverty.

In both a Socialist and Communist systems, that same farmer would get exact same ration from the government as a man or woman who just sat on their ass all day and did nothing.

That means that that farmer, the individual, has no incentive to produce. Why should he? Why should he work to provide food to a hungry nation if there is no incentive for him to do so?  And frankly. that goes for the lazy ass as well.

Why should he or she get off their lazy ass and get a job and provide a service for society when there is no incentive for him to do so?  Why should the lazy ass get a job when they can get exactly what the hard worker is doing but not have to do anything for it?

In a Socialist government, distribution is supposedly equal, does not reward achievement and effort and stifles growth as a people. Don't believe me, find out why the farmers in the former Soviet Union stopped farming? Find out why all Socialist states that fail to embrace Capitalism fail to provide for their people the basic necessities such as food and quality medical care?

Look at the chaos in Venezuela where the Socialist/Communist system is successfully starving it's own people. Don't think so?  Just take a look at that Socialist nation's policies which have successfully emptied story shelves in South America’s fifth largest economy.

Unlike China and Russia who have seen the problems of Socialism and Communism are now enjoying the benefits of Capitalism, Venezuela foolishly refuses to embrace Capitalism and instead resorts to threatening their people.

And yes, with reward for hard work, Socialism's whip is in the form of threats of retaliation by the government to spur production. Whether Democrats are too stupid to understand it or not, Socialism is another term for the custom and practice of owning and keeping slaves.

Socialism uses a whip no differently than the old slave masters in the deep South used whips. They do not understand anything other than threats and regulations. Don't believe me? Well, ask yourself why we have well over 700,000 government rules and regulations to "govern" private business today? It is called government "control" and violations are enforced by over 70 Federal government law enforcement agencies.

You see, that's the aspect of Socialism that the Democrat Party isn't talking about. Societies that permit themselves to become Socialist societies are societies with people who put themselves in positions where others dominate them. It is submission and forfeiture of all rights.

It is forced labor with no reward. It is the loss of freedom to speak out against the government or challenge those who think they are your masters. Is is a system where you must obey or suffer the consequences of an all powerful government. And yes, that is called slavery. It is a total loss of freedom.

For Democrats to want to chose Socialism? Well, that mean they have a desire to hand over their rights as human beings, full submission and forfeiture of all rights to the government.

Do Democrats want to be slaves? Is that why Democrats love Socialism? Are they so into wanting total control that they really would hand over all of their freedoms and liberties to control others? While it might be something Democrats want, it is something we need to fight and stop from taking place!

There is no doubt that America's enemy has raised its Socialist head. It is now very evident who and what we are fighting. Our enemy is the Democrat Party -- the Socialist Party of America.