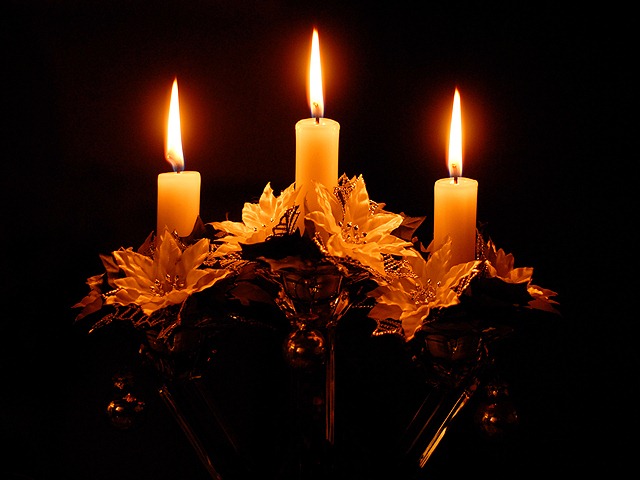 Because the California Gold Rush was such an extraordinary event that brought people from all corners of the earth, many who participated in the Gold Rush were young and far from home. Many from foreign lands, many religions, many customs, and all were factors that added to the intense revelry.

In its earliest days, the Gold Rush was almost exclusively male and the sentiment was usually a mixture of homesickness, horseplay, and revelry. Yes, Christmas celebrations in the mining camps were typical for 19th Century America.

A Gold Rush Christmas was usually an unassuming, often spontaneous affair that consisted primarily of eating, drinking, companionship and entertainment. Although, in the mid-19th century, gift giving was becoming fashionable, if there were presents in the gold fields they were practical in nature.

For example, clothing, hats, knitted socks, scarves, and mittens were always prized. In the towns where there were children, little girls received homemade rag dolls and miniature quilts while little boys received tops or other wooden toys.

Often Christmas represented the only time when some people, both adults and children, received presents. As a result, Christmas held an important place in the hearts, minds, and memories of 19th century Californians.

There are many accounts of Christmas festivities in the gold fields -- most modest, some complicated, but all heartfelt.


Alfred Doten, who is well known to have chronicled the Gold Rush, was also a friend of Mark Twain. He was widely renowned as a leading "reveler," and he described Christmas in Amador County in 1853. In his account, Doten talked about how he threw a "Christmas Spree" which featured "a glorious game supper of fried deer tongue, liver, quails, and hares, washed down with barrels of cognac and accompanied by fiddle, flute, banjo, clarinet and accordion music."

Andrew Hall Gilmore wrote about his California Christmas Day experience in 1851 in a letter to his brother in Indiana:

Dear Brother,
"Christmas Gift to You." Oh, I wish that I could be at home today. I think we would have a Christmas party. We would have the old gobbler roasted with a score of fat hens, pound cakes, pies, and lots of other good things. But the best of all would be the pleasure of seeing you all. Probably if we live we may be with you next Christmas.

I will tell you what kind of a day it has been and what we have been doing. It has been the most rainy day I believe that I have ever seen in this country. … As we had no invitations to any Christmas parties: and feeling no inclination to go on a "bust", we thought we might spend the day as profitably by going down to our diggings and working like fine fellows, even if it was Christmas and awful rainy at that. So Aaron and I encased ourselves in our waterproof suits and went to work …. We made $11.25 each, which was a tolerably good rainy day's work …

An elaborate California Christmas during the Gold Rush was described by Louise Amelia Knapp Smith Clappe in 1851. Better known as Dame Shirley, Ms Clappe wrote a series of letters describing her life in the Gold Rush community of Rich Bar on the Feather River.

These letters are considered one of the best eyewitness accounts of the California Gold Rush. Here, Dame Shirley recalls the "Saturnalia" of Christmas 1851:

The saturnalia commenced on Christmas evening, at the Humboldt [Saloon], which, on that very day, had passed into the hands of new proprietors. The most gorgeous preparations were made for celebrating the two events. The bar was retrimmed with red calico, the bowling-alley had a new lining of the coarsest and whitest cotton cloth, and the broken lamp-shades were replaced by whole ones. All day long, patient mules could be seen descending the hill, bending beneath casks of brandy and baskets of champagne, and, for the first time in the history of that celebrated building, the floor (wonderful to relate, it has a floor) was washed …. At nine o'clock in the evening they had an oyster-and-champagne supper in the Humboldt, which was very gay with toasts, songs, speeches, etc. I believe that the company danced all night. At any rate, they were dancing when I went to sleep, and they were dancing when I woke the next morning. The revel was kept up in this mad way for three days, growing wilder every hour. 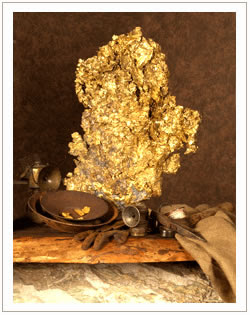 On Christmas Day in 1849, Mrs. William George Wilson delivered a healthy 12-pound baby boy at Canyon Creek, near Georgetown up near Hangtown.

Soon the news spread to a neighboring claim. Then before you knew it, the gold field grapevine had spread the news that Bill Wilson had struck it rich with a 12 pound nugget.

"News of the big find spread like wildfire up and down the canyon where hundreds of men were at work," wrote Bennett, "At once, there was a grand rush to Bill Wilson's cabin. Every miner was anxious to see the 12-pound lump."

Seeing that most took the news literally, the Wilsons thoroughly enjoyed the moment as the men lined up at the cabin door to get a look at the large nugget.

"Then a few were let in at a time to view the Christmas nugget." Bennett wrote. "Each of the miners loved being had."

For three more days, the joke continued throughout the area. Bennett wrote of miners who came from more than ten miles away to see the giant "Christmas Nugget."

It turned out to be a very Merry Christmas. One that many talked about for months to come. One that few forgot. After all, it was one that spoke to their struggle and their sacrifice, their hard work and their search, the elusive prize and their belief, and of course their grasp of holding on to those things that mean more than gold.

For as Bennett recalled, "As each squad came out of the cabin, the men solemnly asserted that the Wilson nugget was the finest ever seen."

Yes, it was a very Merry Christmas indeed.