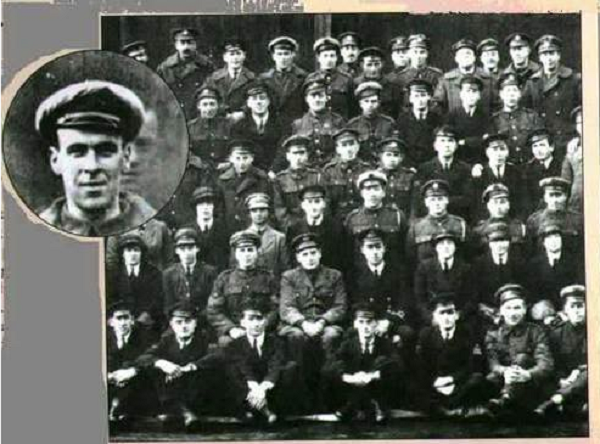 If you look closely at the photograph, you can see a man in the background who was identified by other squadron members as, you guessed it, Freddy Jackson.

If you think that is amazing, in 1838, Edgar Allan Poe released a book called "The Narrative of Arthur Gordon Pym of Nantucket" which tells of the four crewmen of a whaling ship who had to draw lots to decide whom they would eat after days of hunger.

It you think that's strange then you will like the following:

The heart of a Blue Whale is so big, a human can swim through the arteries. An Octopus has three hearts. Armadillos nearly always give birth to identical quadruplets. Hippo milk is pink. And yes, the Unicorn is the National Animal of Scotland.

Vending machines are twice as likely to kill you than a shark is.

Not once in the Humpty Dumpty nursery rhyme does it mention that he’s an egg.

All of the men who fought in World War II were born before sliced bread. Yes, they pre-dated the day when people started selling already sliced bread.

Sliced bread is a loaf of bread that has been pre-sliced with a machine and packaged for convenience. So what did they say before the advent of sliced bread?

Well, sliced bread was first sold in 1928, and advertised as "the greatest forward step in the baking industry since bread was wrapped!" Now you know!

Did you know that former British Prime Minister Winston Churchill's mother was born in Brooklyn. She was.

Call him Mr Lucky! Mr. Tsutomu Yamaguchi was in Hiroshima for work when the first A-bomb hit, and made it home to Nagasaki for the second. Though he was "nuked" twice, he lived to be 93.

New research suggests that 15–20 million people were murdered or imprisoned by the Nazis during the Holocaust, much more than previously believed. All in the name of Socialism.

Joseph Stalin, the dictator of the USSR from 1929–1953, is believed to have killed between 20-60 million people. All in the name of Communism.

In the 1970s, Cambodia's Pol Pot’s Communist regime brainwashed thousands of children into becoming soldiers who committed mass murders and other atrocities. They slaughtered millions of people. All in the name of Communism.

In China, in recent years tens of thousands of baby girls were abandoned each year because of the country’s one-child policy. All in the name of Communism.

A strawberry isn’t a berry but a banana is. And yes, so are avocados and watermelons. Peanuts are not nuts. They grow in the ground, so they are legumes.

Humans share 50% of their DNA with bananas. There is 10 times more bacteria in your body than actual body cells. And yes, 90% of the cells that make us up of aren’t human but mostly fungi and bacteria.

Before the mid-19th century dentures were commonly made with teeth pulled from the mouths of dead soldiers.

After Pope Gregory IX declared that cats were associated with devil worship, cats throughout Europe were exterminated in droves. This sudden lack of cats led to the spread of disease because infected rats ran free. The most devastating of these diseases, the Bubonic Plague, killed 100 million people.

The Aztecs made human sacrifices to the gods. In 1487, at the dedication of the temple in Tenochtitlan, 20,000 people were put to death. The Mayans also made sacrifices. The most common involved pulling a still-beating heart out of a victim’s chest. And imagine, today people try to say only the Europeans were cruel.

People were buried alive so often in the 19th century that inventors patented safety coffins that would give the "dead" the ability to alert those above ground if they were still alive.

Approximately 750,000 men died in the Civil War, which was more than 2.5% of America’s population at the time.

The last time the Chicago Cubs won the baseball World Series, lollipops had not yet been invented, and women did not have the right to vote in the United States.

In fact, the last time the Cubs won the world series, Alaska, Arizona, Hawaii, and New Mexico were not yet states, And yes, the Ottoman Empire still existed.

Speaking of the Ottoman Empire, its Sultan Ibrahim I had 280 of his concubines drowned in the ocean after one of them slept with another man.

In Medieval times people were put to death for being witches. One anthropologist conjectures as many as 600,000 “witches” lost their lives.

In Medieval times the accused often faced a “trial by ordeal,” where they were forced to stick their arm into a vat of boiling water. If their arm emerged unscathed, it was believed God protected them, thus proving their innocence. And yes, believe it or not, animals were put on trial in medieval times and routinely sentenced to death.

Mexican General Santa Anna had an elaborate state funeral for his amputated leg.

New Mexico State's first graduating class in 1893 had only one student -- and he is said to have been was shot and killed before graduation.

If you think you always needed to make A's in school, there is one student who had a lot of satisfaction with his grade even though it wasn't an A. Our 50-star American flag was designed by an Ohio high school student for a class project. His teacher originally gave him a B– 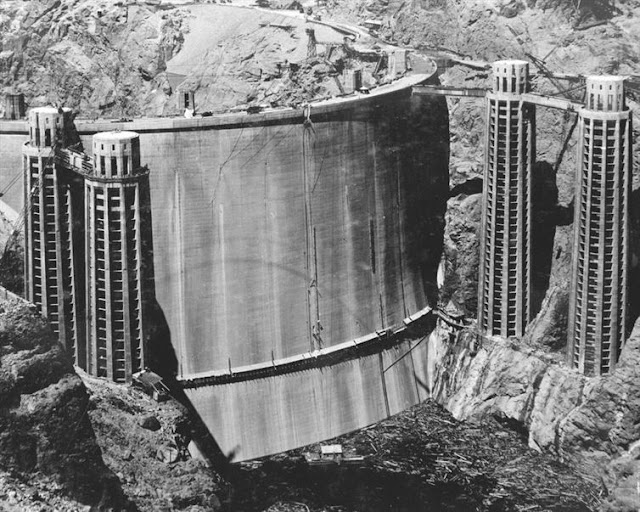 Here’s something we’ll probably never see again in our own lifetime: the Hoover Dam without any water in it.

Last but not least, it might sound strange, but it is true that you can’t hum while holding your nose shut. Now you know you going to try it!