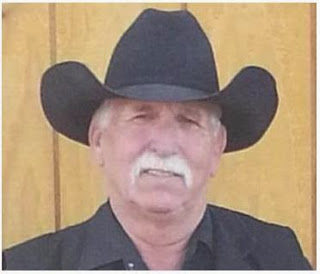 Since my articles are purely of my own opinion, which I truly believe in, I want to give you my thoughts on the special interest groups which plague Washington, D.C.

I am only going to name a few, so for the most part I will only generalize. The reason being is because there are so many of them it would be darn near impossible to list them all.

Lobbyists, which represent special interest groups in Washington D.C. are one of the major sources of cancer that has been eating away at our freedoms. Example, do you truly believe that the government cares if you wear a seat belt in your vehicle, or if you wear a helmet while riding your motorcycle?

These laws were passed by the Federal and state governments because of the insurance lobby period. I am not arguing weather it's right or wrong, just pointing out that this was done through lobbyists.

Why do you think it is that the green movement has gained so much ground? Ecology group Lobbyists, that's why. Groups like Greenpeace and others may have started out for the right reasons, but once they reached a point of bringing in loads of money through donations and such they went off the deep end, and have taken things way to far.

Why? Money! Those groups are making millions of dollars while paying people in think tanks to figure out the next big cause to get behind which in general hurts corporations there by hurting the people as well.

The first thing they will tell you is that they are non profit, which is true, but the CEO and other officers of those groups are allowed to be paid and they are making money hand over fist. Do you think for one minute they are going to give that up? Not hardly!

That's why they have to keep coming up with more and more crap, they have to keep the money pouring in to feed the machine that bilks large amounts of cash from those who are foolish enough to donate to them in order to pay those obscenely high salaries at the top.

The Brady bunch, as I call them. The Brady Bill has brought in large amounts of cash over the years supporting anti gun legislation which initiated many other anti gun groups to spring up supporting this legislation in Washington D.C. Once again, the officers of those groups are being paid very large salaries which those people will do anything to keep lining their pockets with.

There are so many of these special interest groups and their paid lobbyists working for these well oiled machines, and of course this includes large corporations such as Google. It's no wonder we the American people don't stand much of a chance anymore, because donations and votes mean more to many of our politicians than the oath they promised to up hold or even more so, we the people.

These groups pour millions of dollars into our elected officials campaigns as well as promises of highly paid positions later in life, and again, votes that can be swayed one way or another by these crooks who control splinter groups such as ACORN and others.

In closing, I would like to ask one thing. When these crooks in D.C. get together and cut deals with each other about how one will support another's bill if the other will support his bill rather than do what's right, who do you think it will benefit? Not We The People that's for damn sure.