Nellie Cashman -- Woman of the West 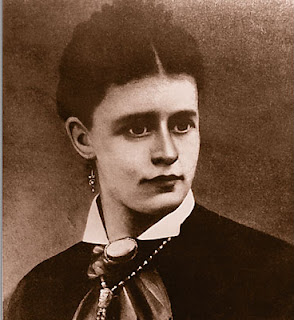 When the majority of people who understand the terms used back in the 1800s hear the term "camp followers," they understand that for the most part this term related to the "soiled doves". Or by today's definitions, ladies of the evening or hookers.

But unlike what many believe, it's not quite true that all camp followers from that time period made their living through the dubious trade of prostitution. That is especially true for one very smart business woman by the name of Ellen Cashman -- better known as Nellie.

Nellie Cashman was born in 1845 in Queenstown, County Cork, Ireland. She and her sister Fannie were brought by their mother to the United States in 1850 to escape the great famine of Ireland. The family first settled in Boston where when they were old enough, Ellie and Fannie both held jobs before moving on to Washington D.C. and then onto San Francisco California about 1865.

Nellie who had a wondering spirit then decided to move again bringing her to several mining towns within the state or territory of Nevada, including Pioche and Virginia City where she worked as a cook while all the time saving her money.

In 1872, Nellie opened "The Miners Boarding House" at Panaca Flat, Nevada, while always being a friend to the miners by helping them even when they had no money. She helped by feeding them, giving them a room, and even taking care of them when they were ill. Miners and others began to call her the "Angel of the Camp."

In 1874, Nellie headed North with about 200 other miners from Nevada to a gold strike in the Cassair Mountains in British Colombia where on Telegraph Creek she opened another boarding house for the miners.

During this time Nellie heard about several miners that had been trapped in a snowstorm in the Cassiar Mountains. Nellie organized a rescue party with six men and several pack animals carrying approximately 1,500 pounds of supplies and set off to find the miners in peril.

The situation was so dangerous that the Canadian Army wouldn't even mount a rescue mission. But after hearing about Miss Cashman's attempt, the commander sent his troops to find her party and return them to safety. Nellie refused to return without the trapped miners.

After 77 days with snow as deep as 10 feet in places, Nellie and her rescue team trudged on until they found 75 stranded miners with most of them suffering from scurvy. So Nellie, along with her team, nursed them back to health by loading them up with Vitamin C.

Once the Cassiar gold strike played out Nellie moved on to Tucson, Arizona, in 1879 where she opened the Delmonico Restaurant which was the first in Tucson owned by a woman. The Delmonico was a very successful restaurant and holding true to herself, Nellie often gave food to the hungry for free as she had done time and time again before coming to Tucson.

Only a short time later, by 1880, Nellie decided to move to the new silver boom town of Tombstone, Arizona, with excitement and riches exploding in the area known as Goose Flats.

Once Nellie arrived in Tombstone, for a short while, she ran a shoe and boot store before opening the Russ House Restaurant. Legend has it that Doc Holliday was present at the time in which one of the customers began complaining about the food which everyone else seemed to be enjoying. Holliday then pulled his side arm and told the customer "repeat that!". The customer then replied, "Best I ever ate."

No one knows if this legend is true or false in this day and age, but with everything I have read about Holliday being quick tempered I would not be surprised if this were true.

While in Tombstone, Nellie helped many different people in many different ways. Being of Catholic faith she helped raise money to build the Sacred Heart Church by raising funds for the project while at the same time working as a nurse. Even before the church was completed she convinced the owner of the Crystal Palace Saloon to allow Sunday services to be held there until such time the building would become ready.

She also helped raise money for a miner's hospital, the Salvation Army, and the Red Cross, all while still helping the miners who had fallen upon hard times, earning the respect of all in Tombstone, she soon became known as the "Angel of Mercy" and the "Angel of the Camp" once again.

Nellie's sister's husband died in 1881, and at that point Fannie and her 5 children came to live with her in Tombstone.

In 1883, the Bisbee Massacre had taken place and the men were sentenced to hang on March 8, 1884. Tickets for the hanging were handed out by Sheriff Ward and when there were no more tickets to be had, a business man in Tombstone built bleachers around the scaffold planning to sell more tickets to the event.

Nellie did not believe that death should be celebrated, so she pleaded with Sheriff Ward to place a curfew upon the town at the time the hanging was to commence. Sheriff Ward conceded to Miss Cashman and the majority of people in Tombstone were not allowed to witness the gruesome event.

After the executions of those five men was complete, they were buried together in Tombstone's Boot Hill cemetery and a plan was hatched to steal the bodies for research at a medical school. Nellie got wind of this deed and hired a few miners to stand guard over the graves for ten days straight, and to this day the remains of those five killers still reside in their Boot Hill resting place.

Fannie died in Baja, California, leaving Nellie to raise her five children, so she sold the Russ House in 1886 leaving Tombstone with the children and traveled around Arizona to such places as Nogales, Prescott, Harqua Hala, Yuma, and Jerome. Nellie began working part time at prospecting and setting up more restaurants.

Later Nellie and the children wondered to the mining camps in Wyoming, Montana, and New Mexico. Despite constantly moving around, all five of Fannies children became successful citizens.

In 1898, Nellie headed for the Yukon setting up yet another restaurant and a mercantile in Dawson City where once again she helped miners in need. Later on, Nellie moved to Fairbanks where she opened a grocery store in 1904 while working claims she had purchased in the area when she had the time.

Nellie finally settled down in Victoria, British Columbia, in 1923 where she died of pneumonia in 1925. Nellie never married, it never fell within her plans.

She was truly an amazing woman and at the age of 80 she drove a dog sled team a distance of 750 miles from Koyakuk to Seward through snow, ice, and bitter cold.

How many women, or big strong men, living in this day and age, could do the things this lady accomplished during her time? Not many I suspect. 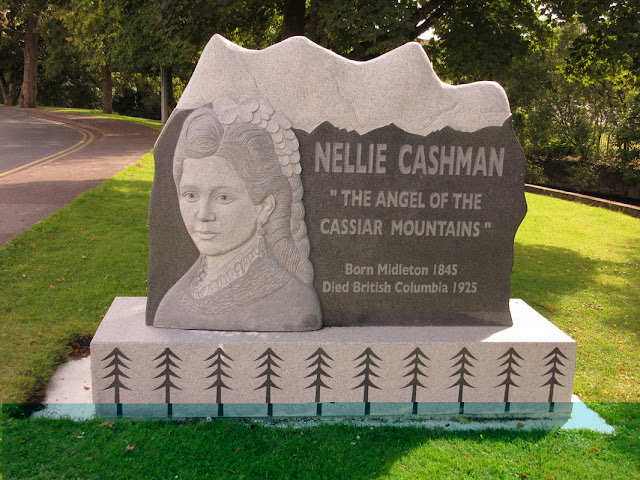 This once working cowboy is best known for his fight against the City of Tombstone and the historic Tombstone City Ordinance Number 9, America's most famous gun-control law. He was instrumental in getting it repealed and having Tombstone fall in line with the state of Arizona.

If you care to read how he fought Tombstone's City Hall and won, please click: The Last Gun Fight -- The Death of Ordinance Number 9 (Chapter One)