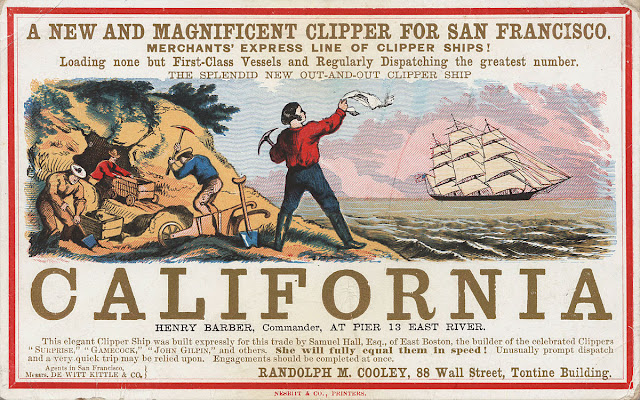 The word "argonaut" is an ancient Greek term. It comes from an ancient tale about a band of heroes who were said to be the bravest and strongest ever assembled in Greek Mythology. The tale is called Jason and the Argonauts. This myth chronicles Jason’s quest for the Golden Fleece and the restoration of his family's throne.

While the appeal of Jason and the Argonauts is similar to that of Homer's Odysseus in the Odyssey and even of King Arthur's quest for the Holy Grail, it is said that Jason's quest speaks to us on a more fundamental level. This is probably because the tale is seen as a reflection of our own journeys through life, our battles with inner dragons, our desire to persevere, our struggles, and maybe our finding our own version of the Golden Fleece.

Yes, the mythological Golden Fleece is just a metaphor for finding the ourselves. It is about our own awakening to truths that we come to grips with with, truths that reward us, the prize of finding a sense of enlightenment, of our acceptance of who we are, the prize of realizing what we may have is already gold.

But make no mistake about it, the Golden Fleece also represents the literal as well. And that of course is about how the adventurers return home with the prize, which of course is the gold they sought.

In the myth, Jason and his crew of Argonauts return home with tales of their adventures. Yes, tales which continued to be embellished each time they were told. The storms they encountered always got worse, their attackers are always multiple and become more threatening, their challenges become harder.

Over time, western civilization has accepted the idea of the quest for the Golden Fleece. And yes, the basis for the myth has become embedded in the cultures of the western world. This is demonstrated in the California Gold Rush of 1849. Those who came to seek their fortunes during the famous gold rush, the miners who made the tough and arduous journey west to California by land and sea, were nicknamed "Argonauts" because they too were adventurers on a quest for gold.

Below are just a few stories from the hundreds of thousands who came to California during the Gold Rush. Their stories are taken from the letters that they themselves wrote.

Addison Newell was born in Alna, Maine, on May 8th, 1812. He came to California around 1853 to mine gold. After finding that the gold was simply played out, he moved to Sacramento in 1855 and raised cabbage. Later that same year, he moved to Pleasant Valley in Mariposa County and again tried gold mining.

In 1857, he then moved to Santa Cruz, California. He prospered in Santa Cruz as a farmer, and died on May 3, 1892. Today, Newell Creek in Santa Cruz County is named after him.

Albert Powell joined the gold rush to California in 1849. He came by way of Panama. In 1850, he made enough in gold to settle in Sacramento. There, he went into business. He is known to have built a hotel and general store.

Benjamin Francis Tarr came to California in 1849 from Chillicothe, Missouri. He mined gold on the Feather River. His letters home are about his experience on the Overland Trail, St. Louis to Sweetwater, Wyoming. And later, his letters are from California. And yes, for Tarr there are letters from his wife Emily Watson, and one letter from James B. Powell who was a member of his overland Company.

Of his overland journeys to the Pacific, Benjamin Watson talks about how he left Springfield, Missouri, on March 27th, 1849, and headed to California to work the mines during the Gold Rush. He left his wife Emily Watson who was expecting their second child and a 2 year old son behind. His wife gave birth sometime in the late fall of 1849.

Watson's letters recount his travel with his company through Nebraska Territory following the Platte River. Watson crossed the Green River by ferry, continued past Independence Rock, South Pass, and took the Nevada Route to California.

He arrived in California sometime in August or September of 1849. He worked the mines in the Lassens and Reddings Diggings area, as well as the American River. He later spent time in Sacramento.

He had only minor success at digging for gold due to the worked over country and the good claims already staked. But that didn't stop him from setting up a retail business of which the exact nature is not specified in his letters. According to his letters home, his business was very profitable and he survived the great flood in Sacramento on January 8th, 1850.

At the peak of his business he and his partner were both netting $700.00 per month. The sum of $700 a month in the year 1850 is worth $20,577 a month in 2016. So yes, while Benjamin A Watson may not have made a fortune in gold mining, he did make a small fortune in business in California. In fact, so much so that when he returned home sometime late in 1850, he built a resort and hotel at Perry Springs, Illinois. And there, well he was a successful business man for many years in Pike County, Illinois.

George Falkenborough Smith, also known as "Fortenberry" Smith, crossed the plains and arrived in Stockton, California, in 1849. He had little luck mining and soon started farming and ranching in the San Joaquin Valley. He married Jane Bell. Her brother Andrew came to California in 1848 and became prominent in Inyo County.

James William Denver was said to be a lawyer and a soldier. In the spring of 1850, attracted by the gold discoveries in California, he traveled to Sacramento by way of Salt Lake and engaged in trading. Believe it or not, he was elected state senator and served from 1852 to 1853.

In 1852, California Governor Bigler placed him in command of the supply trains which had been provided for the assistance of overland immigrants who were pouring over the mountains. It is said that the immigrants into California were meeting great hardship and needed the assistance to stave of death.

Criticism of the project came from Edward Gilbert, the editor and chief of the Daily Alta California newspaper. This resulted in a duel between Denver and Gilbert on August. 2nd, 1852. Gilbert was killed. And no, I haven't been able to find out what happened to James William Denver after that.

George Gordon came to California in 1849. In 1850, after being a little successful in the gold fields, he built Howison's Pier which was one of the earliest wharves in San Francisco. After that, he founded the San Francisco and Pacific Sugar Refinery.

Galen Clark was born in Dublin, New Hampshire on March 28, 1814. After the death of his wife, he journeyed to California during the Gold Rush.

In 1853, Clark settled in Wawona, California, for health reasons. He is said to have discovered the Mariposa Grove of Giant Sequoias. And yes, he is the man who successfully lobbied the federal government to protect the Yosemite Valley and Mariposa Grove.

Through his good work, and the efforts of others, to preserve the Yosemite, President Abraham Lincoln signed a bill on June 30th, 1864, thereby creating the Yosemite Grant. That enabled the United States Congress to establish Yosemite National Park on October 1st, 1890.

Yosemite National Park occupied parts of Tuolumne, Mariposa, and Madera Counties in eastern California. The Paiute and Sierra Miwok tribes inhabited the area before the Gold Rush. Clark stayed in the Yosemite area operating a hotel and a guide service. He later wrote three books about Yosemite. He died in Oakland, California, on March 24th, 1910.

Charles C. Newton wrote two letters. In February of 1853, Charles is writing from a mining town in Nevada County which went from boom to bust between 1852 and 1860. He wrote how he traveled about 12 miles from Nevada near a small town called Waloopa.

He had arrived there the previous fall and found enough gold to encourage him to build a cabin with five partners. But then, no water and then too much snow hampered their efforts at mining. No more gold came out of that place.

The winter being hard in the Sierra mountains, snow kept supplies from reaching the camp. Charles wrote a graphic description of their sad situation:

"Casting my eyes around I gaze with affrighted look in the corner of the cabin. There stands the once filled 50 lb Flour Sack like a Corporal two days gone with the Cholera. Beside it the Sugar Sack already doomed to the Camp Kettle to try out the remnants caked to its inner side. Above these on a shelf are gloriously arrayed several empty bottles but they emit no fragrance of having once been filled with Molasses, vinegar, etc."

The following December, Charles had returned from a prospecting trip in the mountains and is disappointed to find no mail. He suspects that a Charles H. Newton is claiming his mail and asks "... please advise all my dear friends make my middle initial a little more conspicuous."

He talks of being discouraged as he describes his recent treks searching for gold:

"I cannot think of any incidents occurring during my recent tour that would afford you interest. Prospecting, searching for new diggings is decidedly the hardest part of miners life. Imagine me with a roll of blankets, a sack of provisions slung to my back, pan pick & shovel, climbing a steep mountain four or five miles to the top. You may think this ancient but I tell you there is as much of it done now as in '49 or '50. As fast as the country is over run with new comers the old miners up camp and travel. I trust the day is not far distant when I shall have done with it, as I am too weary of it."

Simon Stevens was born in Union, Maine, on January 26th, 1831. He felt the lure of gold in California and worked his way "around the Horn." In the early 1850s, he arrived and worked mining claims in Tuolomne County.

On June 5th, 1853, Stevens wrote a letter from Sonora, California. He sent it to John Adams of Rockland, Maine. He addressed it, "Dear Cousen".

Stevens reports on his current situation, having just concluded an unsuccessful mining venture at Poverty Hill: "I went astern 250 dollars while i worked in them diggins."

He is now working for the Hydraulic Water Co., earning $100 a month and board. Stevens mentions mutual friends in California and encourages his cousin to write often: "It givs me new currage to hear from hom."

Steven is unusual from the vast majority who wrote letters because his letters contained explicit language in regard to sexual matters. Believe it or not, that type of communication is said to have been extremely rare in letter from the California gold rush. And frankly, letters with that sort of language were always men writing to men. It was never a man, husband or otherwise, writing to his wife or a female relation.

In 1859, Stevens married Nancy Jane Chisum. By then he had settled in Coulterville, and he'd established himself as a logger. Later he became a member of Yosemite Lodge No. 133 of the Masonic Order.

It is said that Simon and Nancy Stevens raised a family of eight children. Most all are said to have remained in California. As for Simon, the California Gold Rush Argonaut, well he died in Coulterville on March 25th, 1880, at the age of 49.

I would like to thank the California State Library for making it possible to use these letters, I hope you found this as interesting as I do.