President Obama is at it again, basically attacking Christians as he always does.

You ever notice that he only attacked Christians? But worse than pulling his normal bullshit here, he did it in a foreign country when he disparaged both Protestants and Catholics on a recent visit to Ireland.

Americans have seen a steady rise in attacks on Christians by the liberal media, Hollywood, and those in charge of the Democrat Party.

But, since entering office, Obama, the man who was going to bring so much positive to the oval office, has instead used the power and far reaching authority of the United States Government to attack Conservatives, Christians, and anyone he sees as a political enemy.

He has used the IRS to terrorize Conservatives and Christians here going on five years, and now he is taking his dictatorial ways overseas to attack Christians in foreign lands -  as he did in a visit to Northern Ireland for the G8 Summit.

In his address in Ireland, Obama claimed that a Christian education promotes division and resentment.

Obama angered proponents of Catholic education during his visit to Northern Ireland when he told a Belfast audience that towns will remain divided "if Catholics have their schools and buildings, and Protestants have theirs."

An article, which subsequently appeared in the Scottish Catholic Observer, carried the headline, "U.S. President Undermines Catholic Schools After Vatican Prefect Praised Them."

The article said Obama "made an alarming call for an end to Catholic education in Northern Ireland," and quoted from recent remarks of the Vatican’s Archbishop Gerhard Müller, who had said that Catholic education was "a critical component of the Church."
As reported by The Scottish Catholic Observer, the President wagged his finger at the Brits saying, "If towns remain divided – if Catholics have their schools and buildings and Protestants have theirs, if we can’t see ourselves in one another and fear or resentment are allowed to harden – that too encourages division and discourages cooperation."

The Catholic Observer went on to scold Obama:

Ironically, President Obama made his comments just as Archbishop Gerhard Müller, the prefect of the Congregation for the Doctrine of the Faith, told a crowd in Scotland that religious education upholds the dignity of the human person.

Archbishop Müller said that Catholic schools should promote “all that is good in the philosophies of societies and human culture."

Ashley McGuire, a senior fellow with The Catholic Association, also viewed Obama's remarks as an attack on Catholic education.

"Catholic education is a longstanding tradition and a gift to society at large," she said. "Why the president chose to attack that tradition is beyond comprehension and represents his continuing effort to relegate religion to the private sphere."

None of this should be surprising to anyone since Obama’s Pentagon has deemed Christianity a "hostile" religion, and his Department of Homeland Security chief has put Christians on the terror watch list.

This is the same administration that is now trying to ban the reading of any Conservative literature in the U.S. military - believe it or not, including the Constitution and works by our Founding Fathers.

And yes, his administration is pushing for the Christian Bible to be banned from military installations while Islam is encouraged.

Obama has no problem with leftist ideals and hate promoted by Muslims throughout the world. He has never uttered a single criticism against Muslim schools of hate.

While he has been a staunch defender of Mohammad the Suicide Bombed, piss be upon him, Obama seems to have a problem with Christ in general.

So why does he feel only Christian schools cause "fear" and "division"?

Why doesn't he compare what is taught in a Christian school to that taught in a Muslim madrases like the one he attended in Indonesia as a young boy? 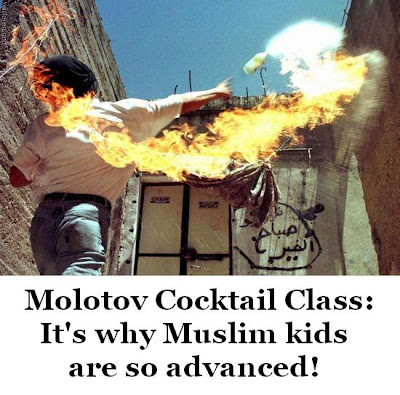 And ask yourself,  just how many Catholics and other Christians have flown planes into tallest buildings and killed 3 THOUSAND or more people at on given time?

Do Catholic and other Christian schools preach beheading another person, or using their faith as a reason molest boys and girls, or justify the rape and degradation of women?

Sure, we Catholics have Priests that have molested boys. But that is not a problem with Priests, it is a Gay problem withing the church. After all, it seems that only Gays in the church molest boys.

Are Christians killers of the innocent like those who step onto a bus and ignite a suicide bomb? No, Christians belief that the most precious thing that God gave us is Life.

Why is it that Obama fails to mention how truly vial Islam truly is to their own?

Is it a matter of convenience, not wanting to "upset" his Muslim brothers, or is it a matter of his being indoctrinated into the Muslim faith as a child - and he sees only fault with Christians as Islam preaches? 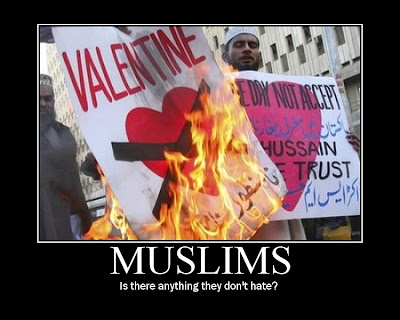 Would Obama have ever gone to a Muslim-controlled part of the world and excoriate them for having Muslim madrases that not only divide - but go on to preach hate and murder for anyone not of their faith?

Fact is, Sometimes I can't help but wonder if President Barack Obama is a Muslim terrorist himself.

Maybe not in the same league with that Muslim U.S. Army officer who preformed a terrorist attack at Fort Hood, Texas, or those two Muslim men who set of bombs in Boston, but Obama attacks the innocent and the Christian nonetheless.

He is in a different league than other political terrorists, his is the biggest league of all.

As President of the United States, his words carry weight, but also he uses surrogates in the media and drone attacks sans any sort of trial, a powerful military, and government agencies to carry out his attacks against those who oppose him and his political and religious ideologies.

He has attacked those who oppose Islam, and both American and allied innocents who have done nothing wrong except not fall in line.