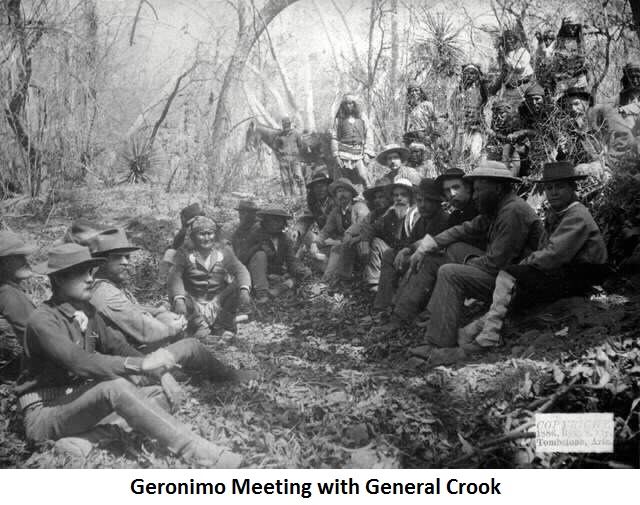 In the 1890s, the U.S. government declared the American Frontier closed. Supposedly, the government saw it as tamed. Yes, believe it or not, as naive as it sounds, the "Wild West" of the 1890s was considered tamed.

To many folks in the West at the time, it seemed as though the politicians back East in Washington D.C. were jumping the gun a little. Their memories were not as short as those politicians who wanted to bury the turmoil of the Indian Wars.

Fact is there were still maps that were just put out only a few years before labeled the area West of the Mississippi as "The Great American Desert." And yes, only a few years earlier, the West was still considered home to wild animals and wilder tribes of Native Americans who had spend hundreds of years killing each other and generations killing whites.

With the end of the Civil War, America's Great Westward Migration went into full swing. Prospectors, ranchers, farmers, settlers of all types, began filling this so-called "wasteland," transforming it to meet their own needs and bringing with them the means to militarily subjugate the Indian tribes that threatened this advance. The end of the Civil War also brought a new type of military commander to the West - one experienced in the practicalities of war and was hardened to the demands of combat.

In the 1870s, General George Crook epitomized this new breed of Western General. His success in subduing the Indians of the Northwest prompted President Grant in 1871 to order him to the Arizona Territory to deal with the Apache raids on white settlements throughout the region.

While atrocities occurred on both sides, Apaches would swoop down on isolated farms and small settlements - massacring all they found. In retaliation, whites attacked Apache camps, massacring all there. Like the Apache, the whites that included innocent women and children. Yes, massacres on both sides were becoming common place.

In 1871, General Crook was ordered to end the Apache raids and bring peace to the region. His tactics were simple: He would relentlessly pursue the hostiles wherever they may flee and provoke battle or surrender. His columns of infantry and cavalry lead by friendly Apache scouts familiar with the land crisscrossed a region until contact with the enemy was made. General Crook began his campaign in December 1872. It ended in the spring of 1873 with the surrender of the hostile elements of the Apache and their removal to the Reservation.

Attack On An Apache Fortress

Under cover of the cold darkness of the early morning of December 28, 1872, one of Crook's columns approached an Apache stronghold established in a cave etched out of a sheer cliff bordering the Salt River.

Under General Crook was Captain John G. Bourke who led a unit engaged in the assault.

In 1891, a full 19 years after the event, Captain Bourke wrote about his experience:

"We moved onward again for three or four hours until we reached a small grassy glade, where we discovered fifteen Pima ponies, which must have been driven up the mountain by Apache raiders that very night; the sweat was hardly crusted on their flanks, their hoofs were banged against the rocks, and their knees were full of the thorns of the cholla cactus, against which they had been driven in the dark.

There was no moon, but the glint of stars gave enough light to show that we were in a country filled with huge rocks and adapted most admirably for defense.

There in front, almost within touch of the hand, that line of blackness blacker than all the other blackness about us was the canyon of the Salt River.

We looked at it well, since it might be our grave in an hour, for we were now within rifle shot of our quarry.

Nantaje (an Apache scout) now asked that a dozen picked men be sent forward with him, to climb down the face of the precipice and get into place in front of the cave in order to open the attack; immediately behind them should come fifty more, who should make no delay in their advance; a strong detachment should hold the edge of the precipice to prevent any of the hostiles from getting above them and killing our people with their rifles.

The rest of our force could come down more at leisure, if the movement of the first two detachments secured the key of the field; if not, they could cover the retreat of the survivors up the face of the escarpment.

Lieutenant William J. Ross, of the 2ISt Infantry, was assigned to lead the first detachment, which contained the best shots from among the soldiers, packers, and scouts.

The second detachment came under my own orders.

Our pioneer party slipped down the face of the precipice without accident, following a trail from which an incautious step would have caused them to be dashed to pieces; after a couple of hundred yards this brought them face to face with the cave, and not two hundred feet from it.

In front of the cave was the party of raiders, just returned from their successful trip of killing and robbing in the settlements near Florence, on the Gila River.

They were dancing to keep themselves warm and to express their joy over their safe return.

Half a dozen or more of the squaws had arisen from their slumbers and were bending over a fire and hurriedly preparing refreshments for their valorous kinsmen.

The fitful gleam of the glowing flame gave a Macbethian tinge to the weird scene and brought into bold relief the grim outlines of the cliffs between whose steep walls, hundreds of feet below, growled the rushing current of the swift Salado.

The Indians, men and women, were in high good humor, and why should they not be?

Sheltered in the bosom of these grim precipices only the eagle, the hawk, the turkey buzzard, or the mountain sheep could venture to intrude upon them.

But hark! What is that noise? Can it be the breeze of morning which sounds 'Click, click'?

You will know in one second more, poor, deluded, red-skinned wretches, when the 'Bang! Boom!' of rifles and carbines, reverberating like the roar of cannon from peak to peak, shall lay six of your number dead in the dust.

The cold, gray dawn of that chill December morning was sending its first rays above the horizon and looking down upon one of the worst bands of Apaches in Arizona, caught like wolves in a trap.

They rejected with scorn our summons to surrender, and defiantly shrieked that not one of our party should escape from that canyon.

We heard their death song chanted, and then out of the cave and over the great pile of rock which protected the entrance like a parapet swarmed the warriors.

But we outnumbered them three to one, and poured in lead by the bucketful.

The bullets, striking the roof and mouth of the cave, glanced among the savages in the rear of the parapet and wounded some of the women and children, whose wails filled the air.

During the heaviest part of the firing a little boy, not more than four years old, absolutely naked, ran out at the side of the parapet and stood dumfounded between the two fires.

Nantaje, without a moment's pause, rushed forward, grasped the trembling infant by the arm, and escaped unhurt with him inside our lines.

A bullet, probably deflected from the rocks, had struck the boy on the top of the head and plowed round to the back of the neck, leaving a welt an eighth of an inch thick, but not injuring him seriously.

Our men suspended their firing to cheer Nantaje and welcome the new arrival: such is the inconsistency of human nature.

Again the Apaches were summoned to surrender, or, if they would not do that, to let such of their women and children as so desired pass out between the lines; and again they yelled their defiant refusal.

Their end had come.

The detachment left by Major Brown at the top of the precipice, to protect our retreat in case of necessity, had worked its way over to a high shelf of rock overlooking the enemy beneath, and began to tumble down great boulders which speedily crushed the greater number of the Apaches.

The Indians on the San Carlos reservation still mourn periodically for the seventy-six of their relatives who yielded up the ghost that morning. Every warrior died at his post.

The women and children had hidden themselves in the inner recesses of the cave, which was of no great depth, and were captured and taken to Camp McDowell.

A number of them had been struck by glancing bullets or fragments of failing rock.

As soon as our pack-trains could be brought up we mounted the captives on our horses and mules and started for the nearest military station, the one just named, over fifty miles away."

This letter above is from John G. Bourke's "General Crook In Indian Country", Century Magazine (1891)