War On Christians - "So Help Me God!"

Have you ever wondered what the words wesay actually mean? I sometimes wonder if there are people out there who have no idea what they are really saying  - or why they are saying it.

As a kid, the most seriously things in life always came with us saying "Cross my heart!"

Later, in schools, we learned the Pledge of Allegiance. In class, every morning, we would take the 10 seconds to say "I pledge Allegiance to the flag of the United States of America
and to the Republic for which it stands, one nation under God, indivisible, with Liberty and Justice for all."

In court, when asked, "do you solemnly swear, so help you God?" We respond yes, to attest to the seriousness and the truthfulness of what we are swearing to.

"So help me God" is the way we in the Western World say "I swear I will" in the strongest way that we know how.

Question: "Do you solemnly swear to protect and defend the Constitution of the United States against all enemies both Foreign and Domestic?"

While those answers are all perfectly fine for Liberals and Democrats who don't see the question as being "realistic" or "really meaning what it says," most Conservatives would not find it in them to simply say "sure, I think so, probably, depends" when asked the same question.

Conservatives would say, "I do, so help me God!"

Fact is "So help me God" is a phrase often used to give an oath, and most commonly optional as part of an oath of office.

It is also used in some jurisdictions as a form of oath for other forms of public duty, such as an appearance in court, service as a juror, etc.

The essence of the phrase is a request to divine agency to render assistance (help) by being a guarantor of the oath taker's own honesty and integrity in the matter under question, and by implication invoking divine displeasure if the oath taker fails in their duty in this regard.

It therefore implies greater care than usual in the act of the performance of one's duty, such as in testimony to the facts of the matter in a court of law

The use of the phrase implies a greater degree of seriousness and obligation than is usually assigned to common conversation. See the discussion on oaths for more details

"So help me God" is a solemn affirmation of diligence to duty.

In Great Britain, the Oath of Allegiance set out in the Promissory Oaths Act 1868 ends with this phrase, and is required to be taken by various office-holders.

However, after saying that, there are Federal oaths which do include the phrase "So help me God," such as for justices and judges.

The phrase "So help me God" is prescribed in oaths as early as the Judiciary Act of 1789, for U.S. officers other than the President. That act makes the semantic distinction between an affirmation and an oath.

The oath, religious in essence, includes the phrase "so help me God" and "[I] swear", while the affirmation simply uses "[I] affirm".

Both serve the same purpose and are described as one solemnly swear, or affirm, that....

As for Presidential oath?

There is no law that requires Presidents to use a Bible or to add the words "So help me God" at the end of the oath.

But since George Washington, our nation's first president, added this phrase to his oath, all Presidents have used this phrase to show the seriousness of their taking on such duties as the presidency.

In our oath of citizenship, The United States Oath of Citizenship (officially referred to as the "Oath of Allegiance," 8 C.F.R. Part 337 (2008)), taken by all immigrants who wish to become United States citizens, includes the phrase "so help me God"; however 8 C.F.R. 337.1 provides that the phrase is optional.

In our military, the oaths of enlistment and officers both contain this phrase, however it is not required to be said if the speaker has a personal or moral objection, as is true of all oaths administered by the United States government.

Some of the states have specified that the words "so help me God" were used in oath of office, and also required of jurors, witnesses in court, notaries public, and state employees.

Where this is still the case, there is the possibility of a court challenge over eligibility, as the U.S. Supreme Court ruled in Torcaso v. Watkins, 367 U.S. 488 (1961), that such state-law requirements violate citizens' rights under the federal Constitution.

Some states still require "so help me God" as part of the oath to public office. Other states
allow exceptions or optional phrases. And of course, there is Wisconsin where the specific language of the oath has been repealed.

Air Force drops "So Help Me God" from oaths

The Air Force Academy has admitted they removed the phrase “so help me God” from three oaths in the 2012 edition of their official cadet handbook, Fox News has learned.

The revelation came after more than two dozen members of Congress sent a letter to Academy Supt. Lt. Gen. Michelle Johnson demanding that she explain why the phrase was removed.

The lawmakers contend the 2012 edition of the Contrails Cadet Handbook excludes the phrase ‘so help me God’ in the Cadet’s Oath of allegiance, the Oath of Office for Officers and the Oath of Enlistment.

“The Constitution does not require that this phrase be scrubbed from the oath,” read the letter drafted by Rep. Jim Bridenstein (R-Okla.) and signed by 28 lawmakers.

“The First Amendment to the United States Constitution prohibits the establishment of religion’ however, the inclusion of the phrase ‘so help me God’ in an oath of service does not rise to this level.”

Bridenstein said “editing the oath for all Academy students is extreme and unnecessary, and does a disservice to the countless individuals who wish to include the phrase as a solemn reminder that they are pledging their fidelity to God and country.”

“It was an editorial oversight,” he said. “We learned within the last few weeks there was a problem.”

“Whoever was doing the editing didn’t catch it,” he said.

He said next year’s edition of the Contrails Cadet Handbook will be revised and will include the phrase “so help me God.”

Last month, the Air Force Academy was embroiled in another controversy involving “so help me God” after they decided to make it an optional part of the Honor Oath. The revision was made following a complained from the Military Religious Freedom Foundation.

The lawmakers directed Johnson to provide information on why changes were made to the Honor Oath and why a poster bearing the words “so help me God” was removed from the Academy.

MRFF President Mikey Weinstein had filed a complaint about the poster. Approximately 68 minutes after he complained, Johnson ordered the art work removed. That decision did not set well with lawmakers.

“We ask that you restore the poster bearing the oath in full to its original location as an honorable reflection of the oath of service,” the lawmakers wrote.

After the Honor Oath was revised, Johnson released a statement affirming the right of Airmen to “freely practice and exercise their religious preference – or not.”

“Here at the Academy, we work to build a culture of dignity and respect,” she stated.

Ron Crews, executive director of the Chaplain Alliance for Religious Liberty, said he’s received calls from concerned parents of cadets – lamenting the change in the oaths.

“This phrase is a deeply-rooted American tradition – begun by George Washington as the first president of the United States and now stated by many who take an oath of service to our country,” Crews said.

“The removal of this phrase is a disservice to the countless men and women who wish to include this phrase as a solemn reminder that they are pledging their fidelity to God and their country.”

And while Crews said he respects the right of cadets not to say the word ‘so help me God’, he pointed out the law requires that the words remain part of the oath.

If that’s the case – why were they removed and who gave the order?

Let’s hope these lawmakers can root out the anti-religious forces that have infiltrated the Air Force Academy. It’s high time someone put a stop to the religious cleansing of the Armed Forces.

One of the things that may be lost in this is the fact that when we swear an oath, we are in fact making a vow, a covenant with God.

And that's the point, it is not about any one "religion." It is about taking an oath that you hold so solemn that you vow to keep it.

A friend once told me that the phrase "So help me God" was sort of like a small prayer or a plea for more strength so that God would know to help him if he ever faltered.

Yes, I sort of liked that. 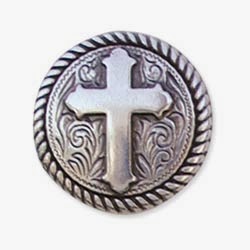