A reader sent me this story. She was sent this and didn't know who to give the credit for writing it.

I checked out the information and found it to be true. It is a story that I feel is worth reading. It will warm your heart.

Here's the story that was sent to me:

A doctor had his TV on in his office when the news of the military base shootings at Ft. Hood , Texas, came on.

The husband of one of his employees was stationed there.

He called her into his office and as he told her what had happened, she got a text message from her husband saying, "I am okay."

Her cell phone rang right after she read the message. It was an ER nurse, "I'm the one who just sent you a text, not your husband. I thought it would be comforting but I was mistaken in doing so. I am sorry to tell you this, but your husband has been shot 4 times and he is in surgery."

The soldier's wife left Southern Clinic in Dothan , Alabama, and drove all night to Ft. Hood.

When she arrived, she found out her husband was out of surgery and would be OK. She rushed to his room and found that he already had two visitors there to comfort him.

He was just waking up and found his wife and the visitors by his side. The nurse took this picture:

What? No news crews and cameras?

This is how people with class respond and pay respect to those in uniform.

What is even better is the fact George W. Bush heard about Fort Hood, got in his car without any escort, apparently they did not have time to react, and drove to Fort Hood.

He was stopped at the gate and the guard could not believe who he had just stopped.

Former President Bush only asks for directions to the hospital then drove on.

The gate guard called that "The President is on Fort Hood and driving to the hospital."

The base went bananas looking for Obama.

When they found it was Bush, they immediately offered him an escort. Bush simply told them it was okay and to let him visit the wounded and the dependents of the dead.

He stayed at Fort Hood for over six hours, and was finally asked to leave by a message from the White House.

My friends, I believe that there are those who understand the concept of living life in the right way no matter what happens to you.

While the pessimist will say, "No good deed goes unpunished, there are others who believe that life is more than that."

Stephen Grellet is attributed with the passage:

"I expect to pass through this life but once. If, therefore there can be any kindness I can show or any good thing I can do for any fellow being let me do it now. Let me not defer it, or neglect it, for I shall not pass this way again."

Though George W. Bush was maligned by the liberal mainstream media at every turn, and was experienced open hatred not seen since Abraham Lincoln was elected president in 1860.

We sometimes forget that Lincoln was hated so much by half the nation that his election alone ignited the succession of states from the Union.

Frankly, looking at Bush's record in an objective and not subjective manner, being honest, at what took place during his terms in Office, I believe he stayed true to doing the right thing even if it meant reaping slings and arrows from friend and foe alike.

Never did he bemoan the pains and unfairness, the double standards, or the ridicule. Never did he compromise this nation knowing what would have the worse effect on us.

I think Bush knew that he was in a no win situation while in office. His enemies were too powerful, too wealthy, and too many.

Instead, I believe, he acknowledged that the alternative to doing right would be worse to live with. I believe that he did what was right and good knowing what he could and could not accept within his own heart.

These days right and wrong seem to be archaic notions. These days the rules have changed, what was seen as steadfast laws of standard behavior of right versus wrong are seen as very old fashion ideals with no place in today's world.

Today, we have government agencies which operate under the assumption of anything goes - that they have the power and they can use it as they wish.

Today, we have President Obama who pitched a program for over a 5 year span and openly lied to the entire country, even his own supporters, all just to gain support for his agenda.

Once found out to be a liar, now Obama's spokesmen openly admit to him being stupid instead.

Yes, that's what we have today - a president who is either a Liar or Stupid!

I approved of what President George W. Bush did while in office at least 90% of the time. In contrast, I have not been able to find anything of which to agree on with President Barack Obama - simply because I can't trust him.

What he says and what he does are two completely different things.

He reminds me of my friend's first husband. He is a liar, a con man, a user of people, and a cheat - he's never loved America, he's only wanted money and power, and he uses his position to get both while pushing his agenda of anti-Christian anti-Americanism.

And for the record:

President Barack Hussein Obama flew in ten days later and held a "photo opportunity" session in the base gym at Ft. Hood.

Obama did not bother to go to the hospital and see the wounded.

And even though all of the evidence pointed to what it was, a pre-planned Muslim terrorist attack, instead Obama downplayed it and called it "work place violence."

And yes, he, his administration, and the liberal media working in consert with the Obama White House covered up the fact that it was in fact a Muslim Terrorist Attack.

It was carried out by a Muslim who justified the killing of unarmed innocent Americans by saying his bloodthirsty religion ordered him to do it in the name of Allah.

Even after the trial of the Muslim terrorist who admitted it was what it was, Obama refuses to admit that those Soldiers who were killed were not victims of "work place violence" but were in fact casualties in the war against terrorism.

They deserve to be awarded what any Soldier on the battlefield would be awarded in an attack by enemy insurgents. But sadly, they won't - and the Obama administration will make sure of that.

For those who wanted "change" at any price. With Obama, you certainly got it. 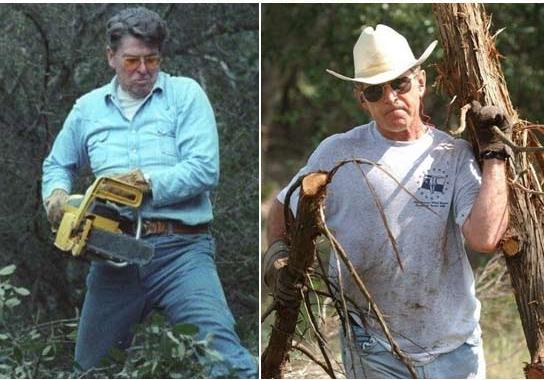 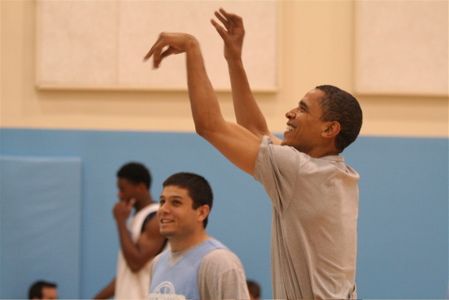