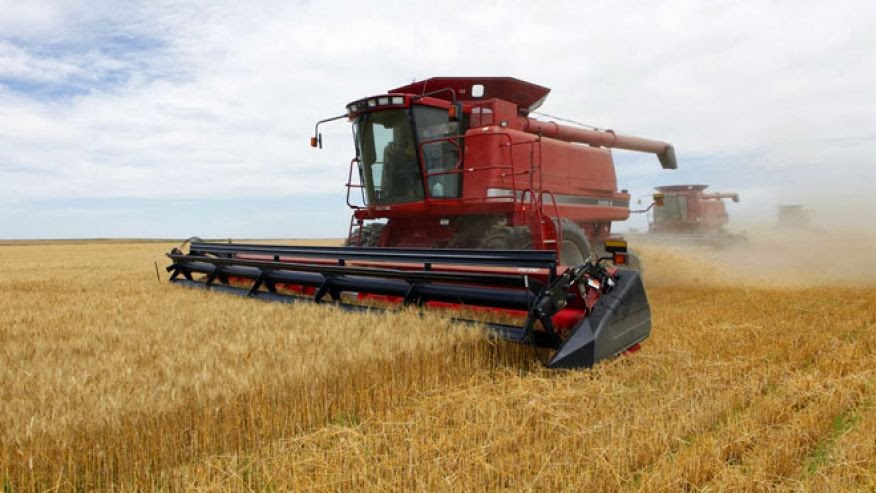 This is one of those stories that might make you angry!

Not hard to understand what the Farm Subsidies are for, so why was it that a Muslim terrorist group - or as some like to put it, a Muslim group with ties to terrorists - have been given Farm Subsidies even without growing a single crop.

On February 01, 2014, it was reported that a Muslim group called The North American Islamic Trust received U.S. Farm Subsidies even though they did not harvest a crop -- not a singe one.

The taxpayer subsidies to the North American Islamic Trust (NAIT) are just a slice of the questionable payments that, as has been well documented, go to millionaires and non-farmers every year.

But as Congress moves to rein in the program, these subsidies stand out considering the group's involvement in the Holy Land Foundation case of 2008.

During the trial, this Muslim group's Farm Subsidies stopped - yet were reinstated by a Federal Judge.

The North American Islamic Trust's history is complicated -- as the offshoot of the Muslim Students Association and its financial arm, NAIT was founded in 1973 by Middle Eastern-born college students.

The majority of NAIT's founders were members of the very anti-American Muslim Brotherhood, and the group continues to be backed by Saudi Arabia.

Because this Muslim group was once listed by the Justice Department as a co-conspirator in a terror case, I really believe that such groups are in fact Muslim "terrorist cells."


Former Allied Asset Advisor board member, Jamal Said, preached the most conservative forms of Islam and was specifically named as a co-conspirator in the terror-funding case.

In the Holy Land Foundation case of 2008, which prosecuted investors charged with sending money to Hamas, NAIT was named by U.S. federal prosecutors as a co-conspirator and an entity that is or was "a member of the Muslim Brotherhood" (the parent organization of Hamas).

The Holy Land Foundation's five accused individuals were sentenced for funneling $12.4 million to the terror group, which controls the Gaza Strip and is dedicated to the destruction of Israel. NAIT never was formally charged in the case.

NAIT's sheer size may have worked against it. An estimated one in five mosques in the United States is owned by NAIT; those properties are estimated to be worth hundreds of millions of dollars.

But honestly, most of those mosques have been places of worship for those convicted in terror activities.

But even before a verdict in the 2008 Holy Land Foundation case had been reached, NAIT appealed their co-conspirator status, saying that they had "suffered injuries" from a "public branding."

NAIT's farm subsidies stopped in 2008 during the trial and were first received again in 2011.

Every farm subsidy to the North American Islamic Trust has been received at the mailing address of the Islamic Center of Central Missouri Mosque, records show.

The USDA lists the "farm location" as Boone County, Mo.

But aerial searches of the "agricultural" properties owned by the North American Islamic Trust reveal that the plots are undeveloped, tree-dotted land combined to form just over 100 acres valued at about $59,000.

According to the USDA and OpentheBooks.com, about half of NAIT's subsidies were "Direct Payments," a program which costs taxpayers an annual $5 billion.

By 2011, the North America Islamic Trust began obtaining subsidies under the auspice that it is a "church, charity, or non-profit organization."

The payment program in question, though, could be under the budget knife in the latest farm bill which passed through the House earlier this week.

The federal government began farm subsidies during the Great Depression, in part because farmers were producing surplus crops and could not sell to a struggling market.

The total cost for farm pay-outs in 1995 was just over $8.1 billion, when planted farm acreage in the United States stood at roughly 260 million.

By 2012, taxpayers were subsidizing farmers by nearly double when planted acreage had decreased by millions of acres.

As for Federal Farm Subsidies:


• There are emergency disaster loans available that allow farmers to borrow up to $500,000.

• There are a variety of loans available in the federal subsidy program. These loan programs allow farmers to use their crop as collateral and repay loans based on the profits or losses from the eventual sale of their crops.

• Some subsidy programs have specific enrollment periods, while others accept applications on an on-going basis.

• The agricultural commodity that receives the most payouts from federal subsidy programs is corn.
But records show that since 1998, the North American Islamic Trust has received over $10,000 across 34 separate taxpayer-funded programs.


Supposedly the Muslim group has been able to obtain farm subsidies "legally" without producing any crops because it is a non-profit "charity group" landowner.

So yes, believe it or not, they receive Farm Subsidies on top of being Tax-Exempt.

"Organizations with no history in agriculture are getting in on taxpayer-provided farm subsidies," said Adam Andrzejewski, founder of OpenTheBooks.com and former Republican candidate for governor of Illinois.

He said the NAIT's subsidies are "probably legal," adding: "The federal farm bill has become so large that it has nothing to do with 'preserving the family farm' or 'creating a stable food supply'."

Many groups that have received thousands of American taxpayer dollars in Federal Farm Subsidies without ever producing any crops at all, zero crops, I believe they committed a federal criminal act!
Whether it is for fraud and the taking funds under false pretenses, or the theft of federal funds, or using taxpayer funds to finance Islamic terrorism, this Muslim group should be prosecuted for committing Federal Crimes.

If we follow the money to the source, we can stop the funding of terrorist groups.