In the James Bond movie Goldfinger, Sean Connery playing British Agent 007 gets out of bed and leaves Jill Masterson (Shirley Eaton) lay there as he goes into the kitchen to chill a bottle of champagne.

He insists on properly chilling their champagne before drinking it, saying, "My dear girl, there are some things that just aren't done, such as drinking Dom Perignon '53 above the temperature of 38 degrees Fahrenheit."

He then goes on to say, "That's just as bad as listening to the Beatles without earmuffs!"

While I've always felt the same way about the Beatles, this last Thursday, my wife and I were given an education as to just how awful - and loud a band can get.

Last Thursday night we attended the Thompson Square concert at the Jackson Rancheria.

Today's so-called "country music" is pretty awful. Yes, most of it stinks!

In fact, on Thursday night I was reminded of part of the problem with today's "country" sound: It's not "country," and it's louder than hard rock ever was in the pass.

How loud was it on Thursday night?

Well, like wearing earmuffs when listening to the Beatles, I found out why many guests, and some of the staff at the Jackson Rancheria, believe they have to wear ear-plugs when at concerts these days.

It's all simply because the bands want to play louder than they should.

And yes, sorry to say, Thompson Square is no exception!

Since my wife wanted to go see them, we spent the $50 to buy tickets to see the duo Thompson Square on their return to Jackson Rancheria's Grand Oak Ballroom Stage on Thursday, February 6th, at 7 p.m.

And yes, they were loud, very loud! So loud that many there informed me, "people have to wear ear-plugs at these things or they risk hearing damage!"

Maybe if it were "music" than that would be one thing? But frankly, it was all just loud blaring "noise"!

The noise started with a hard rock/heavy metal recording blaring at 7pm with the band standing out there alone for almost 15 minutes before the singing duo decided to join the show.

And yes, believe it or not, once on stage, Keifer grabbed an electric guitar and it got even louder from there!

Who is Thompson Square?

Well, in case you have never heard of them, don't feel alone if you haven't.

For me, it was only after my wife reminded me of one of their songs that I realized who she was talking about getting tickets to see.

The band does sound pretty good on the radio and my wife was really looking forward to them doing some of their signature songs. She was actually more disappointed than I was. I sort of excpected the noise because that's what coming out of Nashville these days.

The band Thompson Square is composed of a husband and wife team, and is supposed to be one of Country Music’s hottest duos today.

The story goes that Keifer and Shawna Thompson met at a singing competition in Nashville in 1996 where they were both looking to expand their solo careers.

After every effort to break into the music world on their own, Keifer and Shawna decided to create Thompson Square and try to do it as a duo.

Their first hit, “Let’s Fight”, was released in May of 2010 and their second single “Are You Gonna Kiss Me Or Not” hit number one on the Country Charts and went Platinum in the United States.

Their second album Just Feels Good is said to be a more personal album for the husband and wife duo.

According to the write up on the Jackson Rancheria website about the group:

"You won’t find their relationship plastered on magazine covers or tabloids, but rather in the lyrics of their songs. Each of the songs in Just Feels Good reflects how their marriage has evolved, changed and strengthened through their claim to fame. With hits like “If I Didn’t Have You,” “Everything I Shouldn’t Be Thinking About,” “Just Feels Good,” and “That’s So Me and You,” Just Feels Good has taken country radio stations by storm."

What the website doesn't tell you is that they are loud, extremely loud, and almost completely incomprehensible.

How loud? Well, like most "country" bands today, so-called "country" is a lot more like hard rock was many years ago except today the noise from the instruments completely drowns out the singers.


And yes, someone has to ask if the extreme noise is a way of covering up for no talent singers?

I mean, really, why else would anyone have to wear ear-plugs to a concert?


As for how incomprehensible were they?

Well, they could have been reciting the alphabet for all we knew. All of the people, both young and old guests who I spoke to said that they could not tell what they were saying while screaming into the microphones.

No Talent? Lot Of Talent? Who Can Tell!

Does Keifer and Shawna sound good together? Who knows! It was all drowned out by the noise!

Honestly, the group was so obnoxiously loud that I can't tell you if they sound good together or not. As I found out later, like many many others, I couldn't hear the lyrics other than maybe a single word here and there.

Does Keifer sound like he's screaming something-or-other into the microphone? Sure, but what he's saying is up for grabs!

And as for the female vocal? I couldn't tell if Shawna was singing or not. Frankly, I don't know if there was a female vocal up there on the stage except for a few times of her trying to get the crowd to join in yelling, "A!" or "Oh!

So yes, if asked, does Shawna Thompson have a nice voice? Does she have nice range? Is her voice something that I can see myself wanting to listen to later? Or really, is she just another "Country Screamer?"

Sorry folks, I couldn't tell if she has a nice voice because I couldn't hear it. And yes, if I was pressed for an answer, I'd have to say that she's just another screamer who thinks yelling is singing.

What Keifer and Shawna were doing on stage was not "singing" - and certainly not "entertainment."

And yes, I love reviews such as the one who wrote: "The title track Just Feels Good has a relaxed feel about it with the verses being the real stand-out sections. It's not very often verses stand out more than the chorus but I love the reggae feel to the instrumentalisation and Shawna and Keifer's voices play off each other well."

I don't know who that idiot was talking about, it certainly wasn't Thompson Square.

And if it was, it certainly wasn't at that noise fest they tried to pass off as a country music concert on Thursday night at the Jackson Rancheria.

Now as for the Thompson Square band itself, well if blaring indiscernible noise with no melody or tune is what they were shooting for? Those guys have it perfected!

It became obvious real quick that this is not a "country" band, and was in reality all hard rock heavy metal and screaming vocals that were completely impossible to understand.

Some will say that the room was too small, that it was just the closed venue, or that it didn't give justice to a loud band who really needs to be out in some open parking lot somewhere screaming and playing loud noise.

And yes, I refuse to call what they were doing "music"! Blaring noise is not music!

Others will say that I don't understand that sort of event, or that I'm simply too old to understand the attraction of a band that is way too loud and incomprehensible.

Well friends, I actually thought the same thing until my wife and I had enough and walked out.

That's when we met others, many who are very young, all who were there in the lobby because they had enough as well.

We were told by Jackson Rancheria workers that they often wear hearing-protection at the concerts to stave off hearing damage.

I was told the bands absolutely refuse to turn it down - even a little.

All in all, I feel cheated out of $50 for the tickets!

Yes, it was a complete waste of $50 for the tickets. And yes, I absolutely refuse to call them "entertainment"! Because honestly, even with all of the lights and so on, it wasn't.

They stunk! They were just awful!

And no, that's not just my opinion, a couple of young ladies were angry that they came to hear great songs they heard on the radio but couldn't hear the words to the songs there at the concert. They were very disappointed.

When I asked a few others who left to get away from the noise, "What do you think about the show? Do you think you'd see them again?"

Many replied, "They're just awful!" And many said, they won't see them again.

Frankly, I would not go back to see Thompson Square even if someone gave me free tickets and a huge steak dinner afterwards. They are just not worth it!

And yes, the Jackson Rancheria should think twice before bringing them back. They really were that bad.

And honestly friends, none of us should have to make sure we are wearing ear-plugs when we go to hear a concert -- any concert.

If so, that may be a real indication of a lousy band trying to mask over their lousy product by turning up the sound. 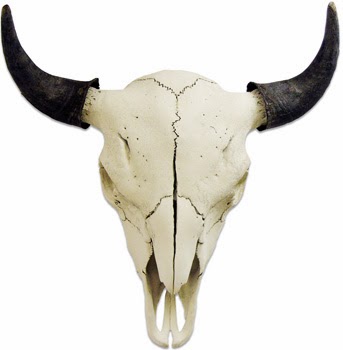