The 9/11 Cross: Another Atheist Attack

Yes, there is another Atheist group that's at it again. This time Atheists want the iconic 17-foot 9/11 cross to be completely removed from the 9/11 Museum.

On March 9th, it was reported that Atheists are again trying to oust the 9/11 Cross, commonly referred to as the "Miracle Cross," from the 9/11 Museum, by taking the museum to court.

Again they are arguing that its inclusion would violate the Constitution’s separation of church and state.

But Eric Baxster of the Becket Fund for Religious Liberty told MyFoxNY that the 9/11 Cross is part of the story of 9/11 and that museums don't censor history.

"They tell history as it happened," Baxster said.
The 17-foot cross-shaped beam was discovered in the devastation at Ground Zero and became a symbol of comfort and hope after the horrific terrorist attack.

But American Atheists say the cross is a part of religious history and are challenging its inclusion in the new National Sept. 11 Memorial and Museum which opens in May.

Listen to this, "We’re arguing for equal treatment in some way, whatever that might be," said Edwin Kagin, attorney for American Atheists.

So OK, they want equal treatment -- but for what? That's right, for nothing -- since he doesn't even know what that would be.

After reading this story, I realized that these Bozos are just looking for an excuse to be anti-Christian anti-Americans.

After not finding a way to be part of the 911 Museum, the group said the cross should not be in a museum that is on Port Authority property and financed by taxpayers.

In arguments before the U.S. Court of Appeals in Manhattan, American Atheist’s lawyer Edwin Kagin said his organization is seeking a similar object to be displayed at the museum.

The lawsuit outrageously describes the terrorist attack on 9/11 as a "faith-based initiative."

And if that's not enough, believe it or not, one news outlet reported that they want something like a plaque which would say "Atheists died here, too!"

What they want to be included in the 9/11 Museum doesn't have to be anything significant or even related to 9/11 and the Muslim attack on America.  To them, it doesn't even have to have anything to do with 9/11 at all.

They just want something that says not everyone on 9/11 or the days afterwards were Christian, or spiritual, or found hope in the 9/11 Cross.

As one writer put it: This fragment of a once-mighty girder worked its way into the city’s psyche and became a symbol of both hope and resolve to move forward.

The complaint from this Atheist group acknowledges this.

And yes, even the Atheist admit it by saying "… construction workers at the site told him they saw the cross as ‘a sign’ that God never abandoned us at Ground Zero" -- which in itself is shocking admission that God was present.

Let's be frank here, to them the 9/11 Cross is a poison to their existence because of what it did -- and what it still does today for those visiting the museum.

The Atheists are upset that people were spiritual and found hope while using the Cross as a place to rally around during the horrible days after 9/11.

To them, they do not understand nor accept what hope and spirituality can give to one's being.  Because of that the 9/11 Cross is their enemy. It symbolizes everything that destroys their unreasonable belief that there cannot be God.

It absolutely irks them that the Cross has that sort of power, that it just appeared out of no where among the mangled steel girders and columns in the destruction.

There, standing in the rubble, without a belief system attached was a miracle shaped like a cross.

To Atheists, the 9/11 Cross reinforces hope and the power of God, and that is a destructive power to their movement. It's something they absolutely fear.

And yes, like many other Liberals, since they themselves won't accept them -- they must attack the ideals and precepts of others.  It's no different than their attacks on prayer in schools, their hatred for the unborn, or their need to feel superior to everyone including God.

While the appeals court is expected to make a decision in several months, the museum's lawyer, Mark Alcott, told the court that rescue workers took comfort in the cross and they prayed to it as a religious object.

"But there is a difference between displaying an artifact of historical significance and saying we want you [the public] to bless it -- museum-goers understand that distinction" he said, according to London's Telegraph newspaper.

The newspaper said Judge Reena Raggi appeared skeptical of the claims by the atheist group.

"There are countless cases of museums including religious artifacts among their exhibits and it’s going to be described in a way that talks about the history of the object, what is the problem here?" she said. "An argument has been made that you are trying to censor history."

He told the "Today" show that the Cross comforted him, and it soon became a rallying point for first responders, according to Religion News Service.

"I was already working 12 hours. I was quite weary and the cross comforted me," Mr Silecchia said. "I never stood here before any media and said it’s about religion. But I say it’s about faith — the faith that was crushed on 9/11."

Discovered two days after the attack by Mr Silecchia, the 20-foot steel cross found in the World Trade Center wreckage was a potent symbol of hope for rescue workers dragging bodies and human remains from the rubble.

That power is the reason Atheists hate and fear that miracle of 9/11.

The Second Circuit Court of Appeals on Monday rejected a bid by American Atheists Inc. to remove the famed cross-shaped steel beams that survived the 9/11 attacks from the National September 11 Memorial & Museum.

“Given the absence of any evidence of ulterior religious motives, and the undisputed historical significance of The Cross at Ground Zero, we conclude that, as a matter of law, the record compels the conclusion that the actual purpose of displaying the cross in the September 11 Museum is a genuine secular interest in recounting the history of extraordinary events,” the panel wrote.

The atheist group had sued the Port Authority and museum operators in 2011 — roughly three years before the museum opened in March underneath a national memorial dedicated to documenting the history of the 9/11 terrorist attacks and the heroic rescue and recovery efforts that followed.

The historic artifact is a 17-foot, 4,000-pound steel crossbeam shaped like a Latin cross that was found by excavator Frank Silecchia.

The Rev. Brian Jordan, a Franciscan priest who performed rites at Ground Zero, blessed the cross as a point of refuge.​
Tom Correa 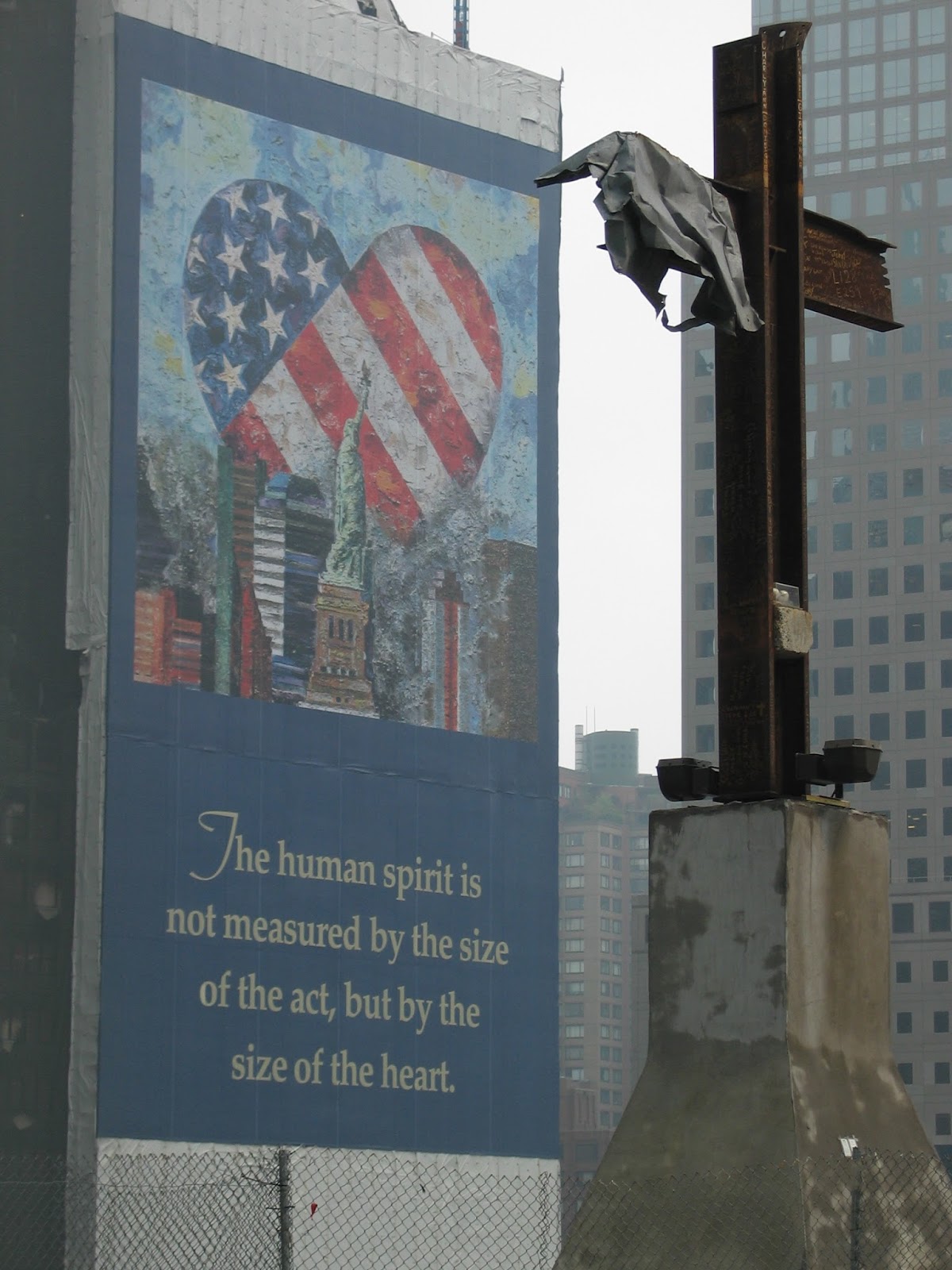