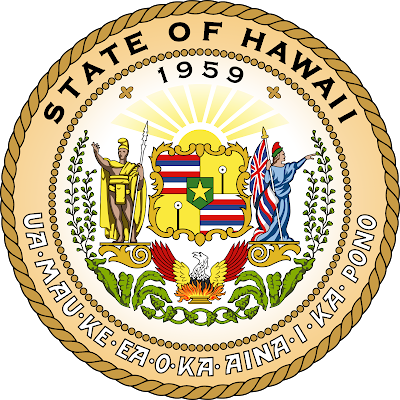 Lately, I've talked about how my going to Hawaii last month and vacationing on the island of Oahu is always going home for me. And yes, I also mentioned how, as usual, it is the people that I meet or see along the way who fascinate me the most.

At Ruby Tuesday's, I watched a tourist summon his server and complain about the way his food was prepared. The restaurant's manager was called over and he listened to his complaint, apologized and gave him the meal free. After the manager walked off, I watched the tourist finish the meal he complained about. And frankly, while he might have complained about it, he just about licked his plate clean.

As for traffic and congestion, though I'm sure it doesn't get that much better in Honolulu in July during the height of tourist season with kids out of school, Honolulu has turned into another Los Angeles.

And while the outlined areas are better, even the "country" of Oahu's Windward side and up on the North Shore are feeling the traffic congestion and problems.

In fact while up in Sunset Beach looking for a home that family lived in when I was just a youngster, a driver crossed into our lane. Yes, he crossed into on-coming traffic and almost hit us head-on. In that brief fraction of a second that I swerved out of his way, I swear the driver was texting.

If I hadn't swerved out of the way to stop us from getting hit head-on, I assure you that it would've been ugly. Thankfully he corrected his car and got back into his own lane. And yes, frankly I think that driver shit himself.

Visiting home and doing "the tourist thing" and visiting the all of the attractions is a lot of fun. As usual, once the locals find out that I'm originally from there, I am treated very well.  And yes, that means we can "talk story," or as they say on the Mainland "chew the fat," more comfortably than they would with a tourist.

Among the attractions, I took my in-laws to Hilo Hatties. It was a good stop because I met a couple of locals who caught me up on a lot of the changes going on in the Kalihi area where my mother is from.

Out at Kailua Beach, I met Patrick Murray and his 16 year old sister Gabby. Patrick was telling me about how tough it is to make ends meet in Hawaii these days. That is especially true for someone like Patrick who is in the construction trades.

We talked about how crowded Kailua has gotten, expensive homes have become, and how high rents are. We talked about my growing up in Kailua. We also talked about his father and grandfather being Police Officers with the Honolulu Police Department.

Patrick and I talked about how things are getting worse for locals wanting to stay there and not be forced to relocate to California. And yes, I found out that locals are also being pushed to the Leeward side of the island where housing is still a little more affordable.

Knowing how slow work is right now, it is very possible that he will be forced to go into another line of work for steady employment. I am afraid that like others, he may have to relocate to the Mainland one day. Either way, he is a sharp young man who will do great in life.

Seeing him with his son and sister, one can see that he is a good man. He understands the meaning of Ohana, family. His priorities are correct and that makes him a good man.

I love finding out the local news and catching up on what's going on locally. I love meeting great people like the nice lady who works at Rainbow Drive-Inn in Kapahulu or meeting Alisha who worked the register at the gift shop at the Kualoa Ranch in Kaneohe.

Alisha took the time to show exactly what the "Aloha Spirit" is all about. The Kualoa Ranch spans 4,000 green acres and is where major movie productions Jurassic Park and Lost, among others, have been filmed.

We talked for a few minutes about what is happening to the Windward side of island, and she confirmed the sentiment of others who I spoke with. Kualoa Ranch is lucky to have Alisha representing them.

While Kualoa Ranch is safe for now, it seems that there is an effort being made to make the Windward side and North Shore of Oahu into another hotel crowded Waikiki. It seems there is an effort to squeeze the "country" out of existence on Oahu. The developers are trying to cover up the beauty of the land with hotels and timeshares.

Even with the traffic getting there worse than ever, that doesn't seem to matter to developers and easily bought Democrats in control of the State of Hawaii. They want to turn that side of Oahu into Waikiki East. And yes, they are Hell bent to do it sooner than later.

But please don't think the blue-collar people there are for it. From almost everyone I spoke with, the locals are fighting the big hotels and the state of Hawaii to keep that side of Oahu's country "country".

It was certainly great to meet the wonderful people that I did during this last vacation. It was outstanding to be treated like family, "Ohana", in Waianea at L&L there when we stopped for lunch, when meeting the great folks at Hilo Hatties, when meeting the warm smile of the woman behind the counter at Rainbow Drive-Inn, and of course Patrick Murray out at Kailua Beach and Alisha at Kualoa Ranch,

They give one a sense that they will fight the good fight and try to stop the change from destroying what is left of Hawaii. 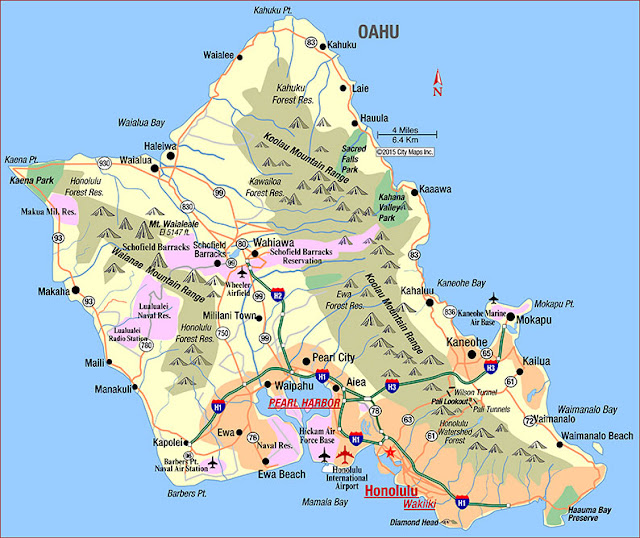 What are they fighting you ask?

Well, a lot has changed in the last 30 years. Traffic is horrible on the North Shore and the Windward side of the island. And yes, water usage have changed significantly.

On the basis of an agreement and land-use permits that are nearly 30 years old when both traffic and water usage was not much of an issue, the owners of Turtle Bay Resort have plans to build five new hotels with 3,500 more condo, timeshare and resort hotel units on and around Kawela Bay.

They don't because they know that a new study would kill their development plans. Today, whether good or bad, and there are those who argue for and against, Environmental Impact Studies have stronger requirements and must include additional information such as cultural concerns.

Developer Kuilima Resort Company, an affiliate of Oaktree Capital Management, is attempting large scale development in an effort to subdivide more than 700 acres of land from Kawela Bay to Kahuku Point -- all to either develop it themselves or to sell off to other developers using grandfather-clauses for permits. And yes, there are plans for more than 600 homes to be built in Laie.

And yes, besides these massive planned developments, other development along the North Shore and Windward side of Oahu is in the works.

Friends, whether some in Honolulu walking the halls of Hawaii's State Capital want to accept it or not, all of this development would drastically affect the nature of the blue-collar towns and neighborhoods along the rural corridor from Kahaluu to Waimea Bay and beyond.

If Kuilima Resort Company has its way and is allowed to build 3,500 more units, North Shore residents and the people of Oahu in general can say goodbye to keeping Oahu's Country "Country".

While I would love to help them "Keep Oahu's Country Country," I can only try to make public what is going on there. I can only tell people that the effects of large scale development is the loss of the beautiful shorelines, the ranches, the farms, and the open spaces on Oahu.

I can only say that large scale development there is not needed and will only deprive generations to come of the beauty of that area.

Sadly, what they need to do to fight the developers is to replace politicians that are for the development plans. They need to VOTE!

And there is a problem when it comes to Hawaii, it is the number one state with the lowest Voter turn out. That's how they can put a village idiot like the former Hawaii governor Abercrombie in office.

The locals there have to organize and get the vote out. And frankly, other than that advice, I can only wish them luck in their battles in the future as they go up against big money Liberal politicians and developers -- many who went to Hawaii and made it their homes, but in reality aren't from there and do not treasure the land.

Their not treasuring the land is important because they have zero sentimental attachment to the island, the culture, and the places they want to destroy with more hotels and parking lots.

Oahu's locals have good reason to be worried about too much change taking place too fast for no reason. Friends, Democrats control the Hawaii State Legislature and they are teaming up with developers to destroy the rest of the island of Oahu.

Whether people there want to admit it or not, politicians and developers don't care what they destroy because they only see dollar signs in their future. A future where they screw the locals.

Yes, it's all about greed by those in power there. And while the Liberal Left can try to pass off greed as being only a Conservative failing, Liberals have ruled Hawaii for over 50 years. And friends, they are the greedy bastards who are screwing the people there just as they have in other parts of the country.