Some Will Try To Kill You 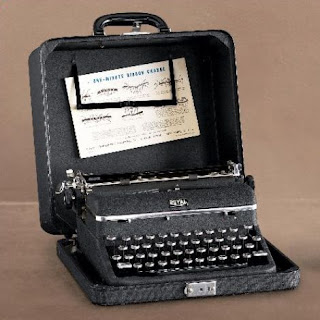 Back in the late 1970s, only a year or so after leaving the Marine Corps, I had just started working in the security field when I found myself checking on a guard at a Stop-N-Go convenient store in Oakland, California.

After checking in with the guard and client, I said my goodbyes and walked out to my patrol car. It was an unmarked car for our protection. It was so that the residents don't take a shot at us thinking that we were the police. Yes, it really was a war-zone. And whether some want to face it or not, the vast majority were blacks.

As I got into my car, I noticed over to the side of the store entrance by a pay-phone, two young black men were talking. I was already in my car when I saw one man turn to walk away and the other swiftly pulled a small .25 caliber pistol out and shoot his "friend" in the back of the head with 5 shots.

I started to open my door and get out when the shooter decided to stop in front of my vehicle and shoot me, or at least try.

He stood there pointing his pistol at me and jerked the trigger of that pistol about four times before he realized he had used up his available ammo on his "friend." His "friend" who he shot in the back of the head.

Once he realized it was empty, he dropped his gun and ran off into the night. And later, when the police arrived to take statements and a description of the killer, they retrieved the dropped weapon.

Without question, there will always be evil people out there. And some, some will try to kill you. For me, I'll probably always remember how he killed his "friend" and tried to kill me -- and would have if he only had the rounds left to do so. All with such ease and in cold-blood. No reason. No anger. Just cold as ice. I happen to be there and that was enough.

What made me think of this tonight?  Well, it was the news out of Texas of the assassination of a law enforcement officer there. Just the latest in what has been taking place around the country these days.

I was thinking about a clerk working in a convenience store and how a punk shot him even after getting what they wanted. I was thinking about the ease with which some kill other people. All without malice, not in the heat of the moment, not to save others, not to accomplish a mission such as as a Soldier or Marine would for a reason.

I started thinking about the ease, yes the ease which people see another's life as worthless and take it for no reason other than they want to.

And please, don't kid yourself, for most untrained people, killing someone is not an easy thing to do. Even in a self-defense situation, some people hesitate and fail simply because it is something like no other. That's why training to learn to act instinctively is so important if one is thinking of carrying a gun for self-defense.

But in cold blood simply because they can? For no reason? That takes a certain sort of evil seed.

Harris County Sheriff Ron Hickman told reporters that Deputy Darren Goforth "was literally gunned down" in what seemed to be "an unprovoked execution style killing of a police officer."

Across the country, law enforcement officers are being killed in cold-blood. Deputy Darren Goforth was shot was shot and killed "execution-style" while pumping gas into his patrol car for absolutely no reason at all. The killer was so evil that he shot Deputy Darren Goforth from behind, then shot him a number of more times as he lay dying on the ground.

Harris County Sheriff Hickman updated the media on the status of the investigation looking for the assassin. The in an unprecedented fashion, he slammed incendiary rhetoric for leading to unprovoked murders of police officers.

After explaining that his investigation will proceed in methodical fashion, he said, "So, at any point when the rhetoric ramps up to the point where calculated, cold-blooded assassination of police officers happen, this rhetoric has gotten out-of-control."

With a call for assistance an arrest has been made. And yes, since the man arrested in the killing is a black man by the name of Shannon J. Miles, Sheriff Hickman then had a suggestion on how to decompress the charged language, asking pointedly, "We’ve heard black lives matter, all lives matter – well, cops’ lives matter too. So, why don’t we just drop the qualifier and say ‘lives matter’?"

Shannon Miles shot Goforth as the officer pumped gas into his cruiser at a Chevron station just before 8:30 p.m. on Friday night, but continued to unload bullets into the officer's body. Shannon Miles is currently in Harris County jail and is scheduled to be arraigned on Monday. Miles now faces capital murder charges.

"I have been in law enforcement 45 years," Sheriff Hickman said of the shooting. "I don’t recall another incident this cold-blooded and cowardly."

Reports all say the same thing. They say a community and a nation mourn his loss. But frankly, I don't know if that's true.

So Where Is President Obama On The Deputy Goforth Assassination?

Friends, when a punk was shot in Ferguson Missouri, President Obama came forth and talked to the nation about how awful that was. Out of his comments and rush to judge the police, rioting, looting, the burning of buildings took place. And yes, a group called BLACK LIVES MATTER has been established.

As the leader of America's black community, why doesn't President Obama come forward to tell the black community that ALL LIVES MATTER? Why does he remain silent on this horrible thing that is being done by blacks around the country?

Why doesn't he just come forward and say, ALL LIVES MATTER. And yes, that's including that of innocent law enforcement officers who don't deserve to get shot with ease by cold-blooded thugs who claim that only BLACK LIVES MATTER.

The meme below was sent to me with the request that I attach it to this article, with a question. Here you go. 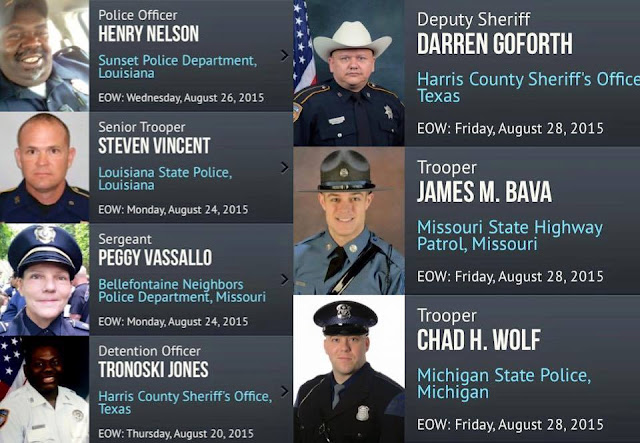 These 7 lives lost in the last 10 days, so where is the outrage from Obama on this?