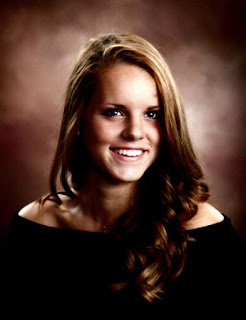 Since I'm from that island, my going to Hawaii and vacationing on the island of Oahu is always going home for me.

This past month my wife, her parents, and I spent two weeks on Oahu. And yes, for me this visit was no different as other visits with the sights tugging at my heartstrings.

While we visited a number of interesting sites on this trip, as usual it is the people who fascinate me the most.


Now, before talking about Joelle Matteson, I have to admit that I'm hesitant to mention where she works. It's not that I'm hesitant because I don't like that place. Fact is, I have been going there since I was a kid. And yes, I have always loved it there.

I'm hesitant because I don't want to get Joelle in trouble for talking about things that some today may see as not Politically Correct -- those things being love of country, Conservative politics, our support for the military.

On July 21st, I met Joelle Matteson while she was working and greeting everyone with an "Aloha." And no, she was not simply going through the paces with a fake smile. No, not her. Her "Aloha" is sincere and genuine.

As for me, as usual, I was joking and making light of the fact that I couldn't find my wife earlier. And yes, I tried passing my father-in-law as my brother-in-law.

So OK, I admit it. I'm not always as serious about things as some might think by reading my blog. Writing about American history and politics, current events and horses, cattle, and of course guns and gun rights, doesn't usually give me the opportunity to clown around.

During our short conversation, she found out that my father-in-law and I are Veterans. Immediately she jumped to her feet and quickly stretched out her hand to thank us for our service. From there we talked about everything under the sun.

I found out that she is married to a Soldier stationed there, is from upper-state New York, and I found out how much she missed the change of seasons including the hard Eastern winters.

I was struck by her intense love of America. And yes, while talking with her, I found her excitingly refreshing and hopeful. I found her witty and intelligent and very up on current events. I found her knowledgeable about politics. And frankly, I loved that she knows what is wrong with America -- but also that she believes we can fix it in spite of Liberal opposition.

I admire people who stand up for his or her self and fight to make things right and fix the wrongs. I admire people who understand that bad people are not a color of skin, an ancestry, an ethnicity, a gender, but a personal choice that we don't need to accept. I admire fairness and those who believe that one hand washes the other.

I admire Americans who are not ashamed of being American. And yes, I admire those who refuse to accept the lie that America is bad and that we should somehow bow to other nations -- or make apologies for who we are.

Yes, I absolutely admire Joelle Masteson because she is all of that and more. And yes, she was born on the 4th of July for a reason. She is as American and Conservative and wonderful as can be.

She has a wonderful way about herself. One that is endearing to all who meet her. One that speaks volumes of her dedication to and love for her family. One that reflects well on her mother who impressed upon her the importance of freedom and how it is not free.

So OK, so I loved meeting Joelle Matteson. Yes, she gives me hope that the next generation is more politically educated than I sometimes give them credit for.

I told her that she was a breath of fresh air and that "I'm going to write about you!"

While I'm sure she must have thought that was a little strange, I told her about my blog and that I planned on doing a post about some of the more interesting people that I met while home.

Joelle gives me hope because for a youth to be 20 years old, she is so educated politically, has an intense love of country, and is not fooled by the Liberal line of bullshit out there.

Now since returning home, she has befriended me on Facebook. And after contacting her a few minutes ago for permission to use a picture for this post, she informed me that she is right now in ER in Hawaii after having abdominal pains.

She said she felt the pain while running her three-legged dog on the beach. Yes, the dog she rescued from the pound in Hawaii only has three legs. She said he's just a lover dog. But all in all, it's just a perfect example of her compassion.

So Joelle, if you're reading this, this post is for you.

In a world that seems occupied by a younger generation with their heads in the sand, ignorant and apathetic of what is going on around them, all the while only thinking about themselves, you are a breath of fresh air. You are simply impressive. Yes, simply impressive!