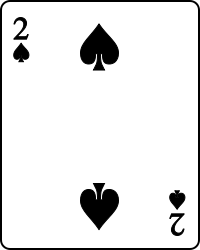 Among the many legends behind Wyatt Earp, the story of his heroic stand protecting his prisoner, Michael "Johnny-Behind-The-Deuce" O'Rourke, against an armed lynch mob in Tombstone is just that, a legend.

No one knows how this legend actually began but over the years this story was told many times until such time it became thought of as fact. Even in the movie Wyatt Earp, with Kevin Costner, the final scene depicts this legend.

The Tombstone Epitaph was a great defender and friend of Wyatt Earp, and if such a heroic deed had been accomplished the Epitaph would not have missed the opportunity to write this story in a fanciful fashion.

Not to say that Wyatt wasn't a man with a lot of sand, because sand was not something he lacked, but when an individual is of tough character, stories begin to take on a life of their own with people of the time period who admired this quality in a person. Also, given the writings of Stuart N. Lake about Wyatt Earp which idolized and promoted his legend beyond reality, many people have taken these legends to be pure fact in this day and age.

Below is the actual article written about the Michael "Johnny-Behind-The-Deuce" O'Rourke incident in Tombstone by the Tombstone Epitaph on January 17th 1881:

Brutal murder of an Upright Citizen at Charleston

Again, the bloody hand of a murderer has been raised against a peaceable citizen; again the law is scoffed at and Justice rided. Yesterday's sun rose bright and cheerful over our neighboring village of Charleston, mellowing the crisp night air with its rays. Once more her toilers began their daily avocations with re-newed energy, little dreaming of the damnable deed that, in the glowing light of noonday, was to await one of their number.

Sometime since the cabin of Mr. W. P. Schneider, chief engineer of the Corbin Mill, was entered and robbed of several articles including some clothing. Circumstances pointed very strongly to two parties, one of whom is so well known by the cognomen of "Johnny-Behind-the-Deuce"that we were unable last night to obtain his real name, but direct proof not being sufficient, no arrest was made.

Yesterday at noon Mr. Schneider left his duties and went to a restaurant where he was accustomed to take his meals, and on entering approached the stove and, noticing a friend standing by, entered into conversation. Having just left the heated engine room the air without felt cool which brought Mr. S. a remark to that effect. "Johnny-Behind-the-Deuce" who was also in the room, then said, "I thought you never got cold."

Not desiring to have anything to do with one of his character, Mr. Schneider turned and said, "I was not talking to you sir." This raised the lurking devil in the diminutive heart of "J-B-the D.," who blurted out, "G-d D--n you I'll shoot you when you come out," and left the room. After eating his dinner Mr. Schneider passed out the door, and was proceeding to the mill, when, true to his promise, the lurking fiend, who had secreted himself with hell in his heart and death in his mind, drew deadly aim and dropped his victim dead in his tracks.

Immediately after the shooting the following telegrams were sent to Mr. Richard Gird, the superintendent, who was in the mine here at the time:

To Richard Gird; Schneider has just been killed by a gambler; no provocation. Cow boys are preparing to take him out of custody. We need fifty will armed men.

To Richard Gird; Prisoner has just gone to Tombstone. Try and head him off and bring him back.

To Richard Gird; Burnett has telegraphed to the officers who have the murderer in charge to bring him back to appear at inquest. See that he is brought back.

Considerable delay occurred in getting these dispatches to Mr. Gird, who at the time was in the mine, and just where was not known; but as soon as he received it, prompt action was taken, and a number of the miners were ordered to report to the officers, to resist any attempted rescue of the prisoner. Owing, to some delay in delivery at the office of the company, and subsequent loss of time in finding Mr. Gird, over an hour elapsed, we are informed, after transmission before the dispatches were opened, and during this time the murderer was flying over the road toward the city, reaching the corner of Fifth and Allen a few minutes after the dispatches had been read.

It is asserted that the officers, fearing pursuit, sent the murderer, who was on horseback, on ahead. However, this may be, it is certain that he came in ahead, his horse reeking with sweat, and, dismounting in front of Vogan's saloon asked for protection, acknowledging that he had kill his man. In a few minutes Allen street was jammed with an excited crowd, rapidly augmented by scores from all directions. By this time Marshal Sippy, realizing the situation at once, in the light of the repeated murders that have been committed and the ultimate liberty of the offenders, had secured a well armed posse of over a score of men to prevent any attempt on the part of the crowd to lynch the prisoner; but feeling that no guard would be strong enough to resist a justly enraged public long, produced a light wagon in which the prisoner was placed, Guarded by himself, Virgil Earp and Deputy Sheriff Behan, assisted by a strong posse well armed.

Moving down the street closely followed by the throng, a halt was made and rifles leveled on the advancing citizens, several of whom were armed with rifles and shotguns. At this juncture, a well known individual with more avoirdupois than brains, called to the officers to turn loose and fire in the crowd. But Marshal Sippy's sound judgment prevented any such outbreak as would have been in the certain result, and cool as an iceberg he held the crowd in check. No one who was a witness of yesterday's proceedings can doubt that but for his presence, blood would have flown freely. The posse following would not have been considered; but, bowing to the majesty of the law, the crowd subsided and the wagon proceeded on its way to Benson with the prisoner, who by daylight this morning was lodged in the Tucson Jail.

Scarcely had the outfit got out of sight until stories of all descriptions regarding the killing and attending circumstances grew rife. One was to the effect that Schneider had chased "Johnny-Behind-the-Deuce" out of the restaurant with a drawn knife. This grew and brought forth a revolver in the other hand. Then it was reported that Mr. Gird had turned his mine loose for the purpose of lynching the prisoner. Again it was said by some of the pals of "Johnny-Behind-the-Deuce," that he was an honorable citizen, etc, etc.

With the regard to the knife story the facts given by an eye-witness and borne out by the character of the decease, prove them to be false. Concerning the charge that the miners were turned out to defeat the law, we have it from Mr. Gird himself that they were ordered to report to the officers, in keeping with the tenor of the dispatches received by him, to sustain law.

In view of the diabolical and unprovoked crime committed, it is not to be wondered at that some of them should have joined the crowd that followed, desiring vengeance. As to the honorable character of the martyred kid who sails under the banner of "Johnny-Behind-the-Deuce" it is a well known fact that he was driven out of Tiger District by the best element of that camp, about a year ago, and tonight he will repose at the county expense in a jail on whose walls are inscribed horrid mockery of justice blazoned in the names of other murderers who have par-taken of county refreshment to be turned loose again to fasten themselves on the Tombstone public, a living curse. Today the clods will fall over his victim, silent in his last long sleep, no more to be a staff to parents who having passed the summit of life's divide with whitened locks already stand beneath the descending scythe of time. Mails will come and go, anxious hearts with eager beat will note perhaps the postman's knock. No news from day to day until at last the sad tidings will cross the threshold, and bending under the weight of woe two more souls will gladly welcome death.

As I have mentioned in the beginning of this article, Wyatt Earp, defending Michael "Johnny-Behind-The-Deuce" O'Rourke against a bloodthirsty mob on the streets of Tombstone is nothing more than legend and never took place.

If Wyatt had been there the Epitaph surly would have listed his name in this incident being that the Epitaph was an adamant defender and friend of Wyatt Earp. I guess it's possible he was there but he would have been nothing more than just another deputy with several others which in count added up to fifteen total.

Michael O'Rourke, or Johnny-Behind-the-Deuce as he was known, broke out of jail on April 18, 1881 and was last seen in the Dragoon Mountains. He was well mounted and well equipped and believed to be heading for Texas. He was indicted by the Grand Jury on May 19th but never stood trial for the murder. There is no proof of what happened to Johnny-Behind-the-Deuce, he seemed to appear out of nowhere and he vanished in the same way.