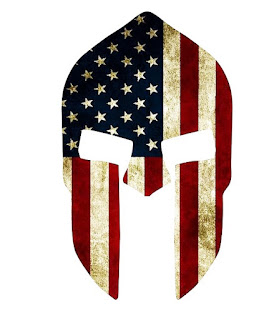 By Noon on Sunday, I had stepped out of my Chevy Tahoe at the San Joaquin Rifle & Pistol Range ready to renew my CCW permit.

I checked my gun bag and pulled out my ear protection. I decided that it was as good a time as any to put on my glasses. I also decided to take minute to recheck my 1911 pistols, and the three magazines that I had brought with me. And while I usually only carry one extra magazine, I really didn't know how many that I would be needing that day.

Soon enough, I found myself sitting on a shooting bench at one of the outdoor ranges watching a young shooter practice magazine transitions as he shot a course of 7 targets. With him was an older man wearing a San Joaquin Rifle & Pistol Range Staff shirt. And while I really didn't know if the young man was there taking private lessons, it was very apparent that the young man listened to everything that the older man was saying.

Once they were through, I said hello and commented about how good a shooter he is. That's when I found out that the older man was the young man's dad. And yes, there was no mistaking the fact that he was very proud of his son for all of the right reasons.

Besides being an extremely polite young man, Kyle Hulsey recently became the Junior Champion at the American Marksman Southwest Regional matches in Las Vegas, Nevada, at the end of September. His dad and I spoke for only a minute, and then they left.

I really enjoyed the way he and his dad got along. You could just see the closeness. And friends, have you ever noticed how young people at the range are just so polite?

Mr. Hulsey can take pride in how he's raised Kyle. Besides the fact that Kyle is indeed a great shooter, he really is a gentleman. And in my book, being polite and respectful goes a lot farther than being a jerk. Frankly, the world needs more young people like Kyle Hulsey.

It was only a few minutes later that others were also arriving for the Concealed Carry (CCW) Renewal class. And while a few were there for the first time, I had been to that range when I took my initial Concealed Carry course two years ago.

Since I took my initial Concealed Carry course from Fidel Taylor of Spartan Defense, I contacted him to arrange attending his CCW Renewal class since my CCW permit is due to expire at the end of this month. And for the record, I like the way he teaches his course. Two years ago, I wrote about taking his CCW class. You can find that article here: Spartan Defense of CA's Superior CCW Class. 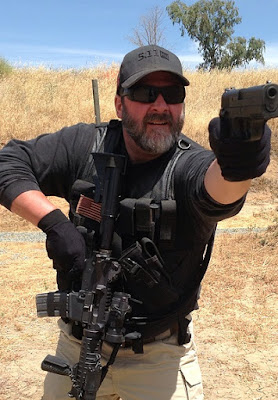 Fidel Taylor is the owner and Lead Instructor of Spartan Defense. I like his approach to teaching. He is concerned, conscientious, and responsible.

His concern for range safety and the well-being of students there is evident in his constant reminders, and willingness to disqualify someone he feels is unsafe.

As for his conscientiousness, Fidel Taylor is one of those people who is perfectly suited for his profession as an Instructor. I believe this because one can see that he has the personality trait of being thorough, careful, or vigilant.

He is a man with a desire to be as efficient and organized as possible while imparting the information that his students need.
And yes, anyone taking his class can see that he takes imparting his knowledge and real world experience very serious.

He sees the responsibility to train his students to the highest of standards as being paramount to his mission of making sure his students are properly trained and know how to handle firearms in a safe and legal manner. And frankly, I believe he would rather fail a student than send one out into the world a hazard to his or her self or others.

That's why I returned on Sunday to take his CCW Renewal course. I looked at it as a refresher course by a man who wants people to have a better understanding and practical application of firearms, their use, and tactics through practical and realistic training.

"We provide CCW renewal certifications for the following counties; Sacramento, San Joaquin, Calaveras, Amador, and the cities within those counties.

This course is for those individuals that already possess a CA CCW and need to complete a 4 hour session to renew their permit. This certification date shall be done within 60 days of your permit expiring.
​​
Our 4 hour sessions are all conducted on the range, with approximately 1 hour of discussion, followed by approximately 3 hours of TRAINING with your primary firearm. YES, we actually make you shoot your firearm. Our goal is to train you the best we can to prepare you for the worse day of your life!

WHAT TO BRING:
The California CCW Renewal Course that he offers is $75. And during the 4+ hours on the range, he covers:
There were about 8 others there for the CCW renewal course. And soon after that, the class came back from lunch to join us. All toll, without counting, I believe there were about 20 people there to shoot.

After an hour or so of a great class, which included time for questions and discussion, we lined up in groups. I went to the line and to my left was Emma Bell who is a very nice young lady in her early 20s. I liked the fact that she was getting her CCW permit because I think all women should. Yes, especially these days.

Since she saw that I was wearing a Marine Corps ball cap, she asked me what I did in the Marine Corps? I told her that I was just a Grunt, an "03". She told me that her husband was also a Marine, a Machine Gunner. I told her that that was my secondary MOS until it was changed later in my career. She is one of those people who is as pretty as a Spring morning, very nice, extremely polite, and respectful. Yes, pretty rare these days. Oh, and by the way, she's also a damn fine shooter! But, I'm getting ahead of myself.

Just then a young man also wearing a Marine ball cap tapped me on the shoulder to thank me for my service. I thanked him in return as he is a brother Marine. I then asked him his MOS, he said he was an Armorer. I told him that I was jealous because I wanted to be an Armorer but never was. Later, I found out his name is Alvin Knackstedt.

When we all stood shoulder to shoulder, I had Emma to my left and Alvin on my right. Once they split us up into renewals and people there for the first time, Emma and I shot on the same target. Alvin ended up shooting on his own because one of the renewal people decided that he couldn't deal with all of the safety demands and left.

During the drills, it was obvious that Emma can shoot. And friends, she is a really good shooter. For example, from my vantage point behind her, I saw her put more rounds in center-mass than many of the others. In fact, more than once she walked up, got in the low ready position, and when the command to "engage" was given, she lifted her pistol and fired her first shot dead center. Then after her transition to a fresh magazine, she did it again. Yes, she is a really good shooter.

While Emma was doing a great job of tearing up center-mass on her target, Alvin was shooting groups about the size of the palm of your hand. No kidding! And friends, rate of fire did not change his accuracy. He was fast and accurate.  He was just impressive.

While I believe they were both shooting 9mm pistols, to be frank I can't remember what caliber either were using. But really, seeing what they both were able to do makes me think that the caliber of their pistols simply wouldn't matter in their being able to shoot like that. That's even more so for Alvin. He's just a natural with a pistol.

And frankly, my friends, as good as I was with a handgun once upon a time, I don't think I was ever as good as Alvin.

We all talked a bit before leaving. Fidel said that he will send my certificate to me in the mail. I then said my goodbyes to Fidel, and of course to Emma and Alvin. It really was great meeting them.

While walking to my vehicle, I heard someone grumble saying that he thought Fidel was too tough when it came to his concerns about Range Safety. I replied, "You have the luxury of feeling that way. You're not responsible for the safety of all there. Heck, I'm really thinking about taking one of his other courses."

And no, I wasn't lying. I'm really thinking of taking one of his other courses. After all, maybe even an old dog like me can learn new tricks. Fact is that I might be a little stuck in how I shoot for defensive shooting. I was trained over 40 years ago, so maybe taking a look at what new methods and techniques are around today wouldn't be a bad thing.

Back when I was first learning how to shoot in the Marine Corps, I was taught to shoot one handed. Besides the military, during those days a number of police departments were still making it mandatory for officers to re-qualify by shooting a pistol with both hands -- one at a time.

Later during my law enforcement training, I learned the Weaver Stance of holding a pistol with both hands. Though I did it, it seemed awkward compared to how I first learned to shoot in the Corps. Now it seems the latest stance is a sort of modified Weaver Stance with a push-pull grip technique. Frankly I like it better than the whole cup and sauce stuff.

So yes, I can see myself going back to take another course in the latest shooting techniques. I like that the training Fidel provides goes beyond the basics and really is more practical and realistic. Besides, as I said before, I like the way Fidel Taylor gives a class.

Update, 1pm: I want to apologize to all of my readers. I was tired but wanted to get this article out. I was in too much of a hurry and made mistakes. I've just proof read it again and made the corrections.

I appreciate your understanding.
Tom 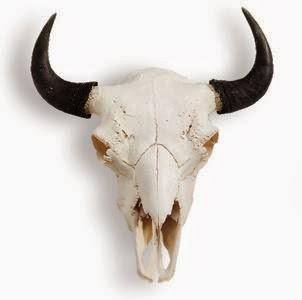