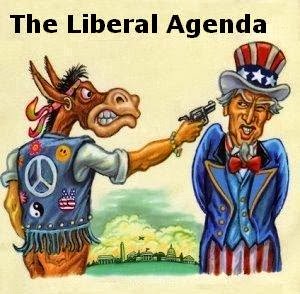 According to the former foreign editor of Newsweek and editor-in-chief of the New York Times Magazine, "the shutdown was deliberately orchestrated by the White House."

Did the White House intentionally cause such pain as a ploy to win votes, some believe that's the case.

Many are coming forward to say that that is one aspect of why it was done, the other being Obama's desire to destroy the Republican Party.

Jarrett recommended shutting down government because, Klein said, she believed voters would pin the blame on Republicans.

Supposedly, with the help of those vile folks at MSNBC, she believed the people would be so mad at the Republicans that that would give Democrats the win and subsequent control of the House of Representatives in the 2014 midterm elections.

Klein wrote a critical biography about Obama last year called “The Amateur.” He said he interviewed more than a half dozen White House and former presidential advisers about the shutdown plan.

Think you know the real Barack Obama? You don’t – not until you’ve read “The Amateur.”

He called Jarret the "architect" of the strategy of refusing to negotiate with Republicans over ObamaCare.

"She convinced the president that a government shutdown and default offered a great opportunity to demonize the Republicans and help the Democrats win back a majority in the House of Representatives in 2014," he explained.

"Valerie also came with the idea of using the words 'hostage,' and 'ransom' and 'terrorists' against the Republicans," Klein maintained.

He said Jarrett’s advice to Obama was, "Do not cooperate one iota on ObamaCare. Don’t give an inch. Let the Republicans stew in their own juice."

Klein added, "Republicans walked into a trap set up by Valerie Jarrett and President Obama."

Rep. Louie Gohmert, R-Texas, believes there was evidence in plain view that the administration planned the shutdown in advance.

Gohmert told Fox News that on the eve of the shutdown, Sept. 30, the administration already had barricades and cones in place.

"They had worked out in advance they were closing these things down."

The congressman said "that’s the only thing that explains" why the White House turned down their proposals and compromises.

Klein said White House insiders call Jarrett the "The Night Stalker" because she is the only presidential aide who is allowed to spend much time in the family quarters.

"Everyone in the Beltway knew Valerie Jarrett was influential," he said. "They didn’t know how influential she was."

He quoted top Democratic insider Vernon Jordan, whose wife is a cousin of Jarrett, as saying, "Her power derived from one simple fact — proximity. No one except Michelle Obama is closer to the president than Valerie."

This is one of those stories that I file under thanks, but I really already had an idea that that was what really took place.

I'm putting it here because I know there are those out there who want to blame Republicans for everything, but many of us don't need to have people confirm what we already knew.

I believe that many of my readers see Obama for what he is, a con artist, a street punk, a puppet to his masters on the other end of his teleprompter, a jerk who couldn't lead a boy scout troop nevertheless a nation.

He tried to inflict pain upon the American people during the shutdown. He closed parks and memorials that were not his to close. He spend more money trying to hurt us than simply leaving us alone.

Obama might have a thousand or even ten thousand who will ignore what he does and who will support him even if they themselves personally witnessed his setting a match to the Constitution - for those people, I actually feel sorry for them.

Like Christ Mathews and his ilk, they are America's Judas and work for silver.

They are Benedict Arnolds, but yet see themselves as being above us. They are the scum who have a microphone but not a shred of honor.

Yes, while Obama has a thousand Chris Matthews all marching lock step, there are millions of us who know better than what they are trying to sell us.

We will always remember the barricades and the police that were brought in to keep 80 and 90 year old veterans from visiting their memorials - maybe for the last time.

Come election day, though Obama and his stooges might think that us in the Tea Party are done, we will remember the little girl who as a last wish wanted to see the Statue of Liberty but was turned away by Obama's stooges in the National Parks Department.

Come election day 2014, we will remember that arrogant Democrats and some idiot Republicans believed that they are above following the same laws as the rest of us.

There are millions of us who might hate John McCain for his backstabbing other Republicans, but we also remember that it was Obama that needlessly went out of his way to make things harder and inflict pain on American citizens.

To have an American President actually go out of his way to make life harder on Americans just to show us that he is boss!  No, we won't forget very soon - if not at all!

Our job between now and the next election is to remember that it wasn't Republicans, it was Obama and his conspirators in the Democrat Party - criminals who one day should be brought to justice.