Speaking A Language Other Than English In America 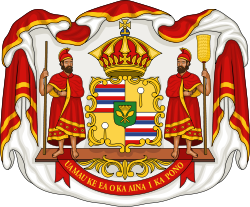 I've always had a great respect for language, and I've admired people who can speak different languages.

Being brought up in Hawaii, a true melting pot, as a kid there I was exposed to many different languages.

And yes, like most people from Hawaii, I picked up a lot of foreign words here and there - some were Chinese, some Filipino, Japanese, Samoan, and of course some Hawaiian.

While "Pidgin English" or "broken English" was spoken daily, at home where my great-grandfather could not speak English - we spoke Portuguese.

Since my first few years of going to school was at St Patrick's Catholic School in Kaimuki, we learned Latin because in those days Sunday Mass was always in Latin. And since it was a French Catholic Order, the nuns taught us French a few days a week.

In High School, I took a class in Japanese - and I didn't do too bad.  But as for "proper" English? Yes, I admit it. I got straight F's in English in High School.

While in the military, the Marine Corps made me take MCI courses to help "clean up" my English.  But in the meanwhile, I was also picking up bits and pieces of other languages from friends from around the country.

Living in California, one can't help but learn some Spanish. I call my knowledge of Spanish, "bar-Spanish". Other than being able to order another beer or shot of tequila, or ask where's the banos, or how someone's day is - I'm definitely limited.

I worked for an Italian family back in the '80s who taught me some Italian. Today, because of my association with them, I can swear a blue streak in Italian!

To me, hearing foreign words in our everyday conversations is just a part of being an American.

But though we are a melting pot of different languages, we need to speak a common language if we want to communicate in a half-ass understandable way.

Like it or not, that language is American English.

What has me thinking about this? Well, a few days ago my nephew left this facebook post:

I looked up what you said in Hawaiian. My translator says you wrote "Your feet stink this time of the day and you don't like taking a bath!' Good to know! Thanks for posting it."

Then, after more thought, I wrote:

Send me a link to your Hawaiian translator - the New England Missionaries who translated Hawaiian into a written language for the Hawaiians might have left out a few letters.

I can't find a translator for your version of Hawaiian. At least not one that will accept what you wrote. It keeps saying that no such language exists. What gives?

After leaving it alone for a while, I went back to see if I received a reply. I did, but not from my nephew.

I've just been informed that about 7,000 people in Hawaii speak Hawaiian on a daily basis. Out of a population of 1.7 Million people, that ain't that many?

So now, the question is, how many people in Idaho speak Hawaiian on a daily basis to know what my nephew is saying?

If you are my nephew's friend in Hawaii, do you speak totally Hawaiian on a daily basis? Now I'm sort of curious - because there must be someone out there who knows what he's saying on every post?

Just as a matter of full disclosure, back when my grandfather (my dad's dad) got to Hawaii in 1909. He learned to speak Hawaiian because a lot of people still spoke it daily back then.
But, he said by the 1930s hardly anyone did.

And yes, I do know a little being from there. But I don't know anyone who speaks conversational Hawaiian - especially on a daily basis at home or work or talking on the phone or anytime.

I'm now curious how common is it?

This morning my nephew wrote:

Cold this morning but, I have to work... Good morning everyone!!

My translator works.... It's called "I worked hard hard for the past three years and learned my language

I have a linguistic professor for a friend that told me, what I'm doing is actually cool and amazing, he also speaks Hawaiian and we converse as much as we can.... I don't think you realize what your telling me, and how I am understanding it... You said, only 7,000 people speak Hawaiian out of 1.7 million.... Well that's why I'm doing what I do.... I really don't need a reason to do anything..".

While leaving the whole "my language" thing alone, I replied the following:

I agree that its cool to speak another language - but just do it with people who understand it and don't need a translator every time they hear from you!

By the way, I speak my rotten bar-Spanish with my Mexican friends all the time. I throw out a word here and there in Portuguese when I'm with your grandma (my mom). I've been known to use a phrase of two of Italian when I'm with a few friends who are old Italians who I once worked for back when, a few Chinese and Tagalog words here and there, and I still remember some Japanese from when I was growing up in Hawaii and took a class in Japanese in school. But with the majority of my friends, I speak American English so that we can understand and communicate with each other.

First, I don't do it because it is impolite. Second, why be pretentious? And third, they understand it easier if I simply say "Same as usual! How are you?"

A common language puts people and friends at ease. It unites people. It even allows Uncles to read a post from their nephew on facebook or anywhere else!

This essay has more to do with the need of Americans to speak one language than it does with my communication problems with my nephew in Idaho.

He's just a good example of someone who wants to speak a language that most people do not understand - or as a matter of fact can even pronounce.

Translation in English: "A fisherman of shallow seas uses only a short line; a fisherman of the deep sea uses a long line."

Explanation: You will reach only as far as you aim and prepare yourself to reach.

If any of us decides that we want to speak Hawaiian or any other language to everyone, then we should understand that like the fisherman in the proverb who uses a short line - we will only reach a few people.

Of course, that is hoping that they understand us in the first place and does not misconstrue what we may be trying to say.

And before someone writes saying that we limit ourselves by speaking only one language, remember that I'm not against speaking as many languages as one wants.

All I'm asking is what's so wrong with speaking American English as a common language?

Since there are roughly 6,500 spoken languages in the world today, with about 2,000 of those languages having fewer than 1,000 people speaking them, and since America is made up of people from all of the world, why shouldn't America use its one common language to communicate among our people?

Since an American version of English has been used for centuries here, why not use English as an official way of speaking to communicate better?

English as America's one common language unites us, make us more efficient, and allows us to understand each other better.

And really, isn't understanding each other better a good thing?