The Fate of a Gang of California Ruffians, Alta California, 1871

The Fate of a Gang of California Ruffians.

The Stockton Independent, noticing the refusal of the Grand Jury of Lincoln county, Nevada, to indict Barney Hood for killing Thomas Coleman, at Pioche, gives the following history of some ruffians with whom Coleman was associated:

In 1867, Edward Lloyd shot and killed a teamster named Thornton, at Oroville.

After two or three trials he was sentenced to ten years in the State Prison, but, through some decision of the Supreme Court, finally escaped.

He and his two brothers George and Thomas Lloyd, kept the Mountaineer saloon, in Sacramento, in 1861-62.

In the last-named year, if we are not mistaken, that the great fight occurred at the foot of K street between the steamboat runners.

There were two men, named Thomas Coleman, in Sacramento at the time.

The fight commenced between Edward Lloyd and Coleman, the steamboat runner.

Lloyd was reinforced by his brother George, his cousin Patsey Callahan and McAlpine, who has since earned a wide reputation us a prize fighter.

Coleman was supported by Joe McGee and F.N. Smith.

The Lloyd party was armed with but one pistol and one knife.

McGee stood a short distance off and fired with a revolver, wounding George Lloyd in the right shoulder and McAlpine in the wrist.

In the heat of the conflict, Smith approached Edward Lloyd from the rear and shot him in the side, killing him instantly.

Smith remained in the county jail just about six months, when the Grand Jury ignored the charge against him.

George Lloyd had by that time recovered.

Within fifteen minutes of the time Smith was discharged, George Lloyd shot and killed him, inflicting four bullet wounds.

A year or two later Patsey Callahan was stabbed and killed at the Bank Exchange in Sacramento, by Thomas Sherman.

While in Sacramento, George Lloyd had had a rough and tumble fight with Johnny Daly, which was the subject of considerable talk among their friends.

The silver excitement took over to the vicinity of Aurora, George Lloyd, John Daley, Jimmy Sears and the other Thomas Coleman, who was a brother-in-law of the Lloyds, but who had nothing to do with the steamboat business.

Sears, soon afterward, while traveling on foot on the Aurora road, jumped on a horse in front of Johnson's Hotel, and rode off. He was pursued, shot and killed.

The Lloyd party was armed with but one pistol and one knife.

A short time afterward, Daly and Coleman engaged in a barroom fight with George Lloyd, concerning mining claims, the respective parties having been retained as fighters by conflicting claimants.

Several shots were fired and Lloyd was killed.

It was generally believed that the fatal shot was fired by his brother-in-law, Coleman.

Soon after this occurrence, Johnson, the hotel keeper, visited Aurora and was murdered in the night.

The proof was conclusive that he had been murdered in revenge for the killing of Sears.

A Vigilance Committee, previously organized, arrested, tried, convicted and hung Daley and three others for the Johnson murder.

The Thomas Coleman, who was recently shot and killed at Pioche by Barney Flood, is, we believe, the brother-in-law of the Lloyds.

The assassin fired through a window with a shot-gun, and escaped. Suspicion rested on McGee.

Precisely a year afterward, at the same hour in the evening, McGee, while in the same saloon, was shot, through the same window, and killed.

This assassin also, for the time, escaped. The same gun was found on the ground, having been used an on the first occasion.

Thomas Lloyd returned from Idaho to San Francisco. About eighteen months ago he shot and killed a man named Barry at Seventh and Stevenson streets, and is now serving out a ten-year term in the State Prison for the offence.

We understand the Coleman who fought the duel with Mulligan, to be the steamboat runner who still resides in San Francisco.

Mulligan, while under the influence of delirium tremens, at the St. Francis Hotel in San Francisco, resisted the efforts of the police to arrest him.

An immense crowd gathered around the hotel. Mulligan fired and killed two men in the crowd, and was himself shot and killed by a policeman.

This is indeed a dark chapter in the criminal record of the coast, and we regret to say that in the matter of assassination we observe no change for the better within the last twelve years.

The only instance of punishment by law, in connection with this entire list of crimes, is that of Thomas Lloyd.

The above article is published exactly as it appeared in Alta California, April 15th, 1871.

And yes, for the folks who somehow think that the Old West only means what went on back East in places like Kansas and Nebraska and Missouri, the goings on in California and Nevada and Arizona rivals anything that took place back East over the Rockies. 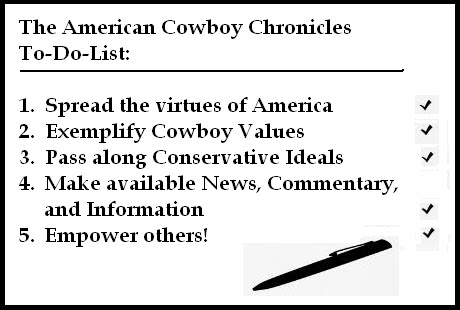 Two of my favorite quotes:

“I won't be wronged. I won't be insulted. I won't be laid a-hand on. I don't do these things to other people, and I require the same from them.”
― John Wayne, The Shootist, 1976