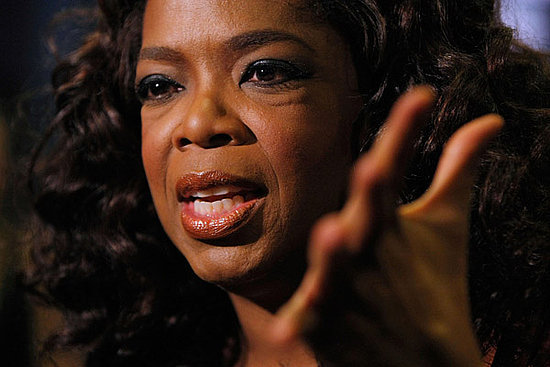 
Oprah Winfrey says that President Obama's critics are motivated by racism, and that death is the answer.

Did she mean that death is the only way to stop us who criticize the president? Sounds like it to me.

Though Oprah Winfrey is one of the wealthiest women in the world, let's be frank here and admit that Liberals like her, especially those in the Entertainment Industry, just aren't very bright.

Take for example, the old super-lib Barbra Streisand who once said, "Republican control of the House has resulted in poison in the water, salmonella in the food, carbon dioxide in the air and toxic waste in the ground."

Yes, she said it as if it were true. Just as if she believes that Republicans are responsible for every ill in the world including the Black Plague, the fall of Rome, and the attack on 9/11.

And yes, Whoopi Goldberg did in fact utter the very stupid statement, "I don't really view communism as a bad thing."

Jane Fonda put Communism this way, saying, "I would think that if you understood what Communism was, you would hope, you would pray on your knees, that we would someday become communists."

Of course, that's coming from two wealthy women who understand nothing about the real world practical application of Communism as applied by Stalin and Mao -- who of course slaughtered millions of their own people and exported death around the world all in an attempt to enslave mankind for the good of the Communist Party.

When it comes to anti-Constitution celebrities, we'd have to search pretty hard to find one who tops the big Rosie. Yes, Rosie O'Donnell obviously believes that the 2nd Amendment should be null and void.

We know this because she said, "I think there should be a law - and I know this is extreme - that no one can have a gun in the U.S."

As much as Big Rosie would love being the number one anti-American in Hollywood with the dumbest quote, she's only tied with Janeane Garofalo who said, "Our country is founded on a sham: our forefathers were slave-owning rich white guys who wanted it their way. So when I see the American flag, I go, 'Oh my God, you're insulting me.' That you can have a gay parade on Christopher Street in New York, with naked men and women on a float cheering, 'We're here, we're queer!' -- that's what makes my heart swell. Not the flag, but a gay naked man or woman burning the flag. I get choked up with pride."

But no, not all ignorant quotes from celebrities come from those who may profit from being an American -- but hate America.

For example, academy award winning actress actor Meryl Streep decided to show her ignorance of the uses of oil besides that of using it for cars, by saying, "If everybody that had two cars had a Prius instead of an SUV, we wouldn't be in the Middle East right now."

Of course no one told her that electric cars means a need for more electrical power, which of course means more power plants, which means more coal or nuclear energy use -- but those are just pesky details that liberals are not good with.

Besides, she probably does care about that other half a barrel of oil which is used to make over 6,000 commonly used household products that have absolutely nothing to do with cars or energy.

But again, why let little details like that ruin a stupid quote from a celebrity.

Singer/environmentalist Sheryl Crow famously said, "I propose a limitation be put on how many squares of toilet paper can be used in any one sitting. Now, I don't want to rob any law-abiding American of his or her God-given rights, but I think we are an industrious enough people that we can make it work with only one square per restroom visit, except, of course, on those pesky occasions where 2 to 3 could be required."

And no, I don't even want to speculate on her personal hygiene habits.

Of course there was actor Richard Gere who told an audience in New York City right after 9/11, "In a situation like this, of course you identify with everyone who's suffering. But we must also think about the terrorists who are creating such horrible future lives for themselves because of the negativity of this karma. It's all of our jobs to keep our minds as expansive as possible. If you can see the terrorists as a relative who's dangerously sick and we have to give them medicine, and the medicine is love and compassion. There's nothing better."

This week we had a couple of really stupid celebrities come out and prove to the world just how truly dumb they are.

First it was Tom Cruise who compared "acting" to actually fighting in Afghanistan, then it was my favorite racist -- Oprah Winfrey.

The gal that is in fact one of the richest people in the entire world, says some really dumb things.

This is not new because I read a few weeks or so ago where she actually said it before, but while promoting her movie "The Butler" in Great Britain, Oprah Winfrey said that critics of Barack Obama are motivated by racism.

There is nothing new about celebs calling whites racist, but they don't see themselves as racists - yet there is a lot of evidence pointing to black racism against every other race in America.

But being frank, their favorite targets are white people - both physically violent and through statements which the media gives them a pass for saying.

Take for example Jamie Foxx talking about his movie "Django Unchained," he said, "I play a slave. How black is that? I have to wear chains. How whack is that? But don’t worry. I get free. I save my wife and I kill all the white people in the movie. How great is that?"

As racist as that is, it doesn't really rank very high when compared to the very ignorant
Oprah Winfrey during this last week.
As I said, that's not really that new because she did say it before when she called all white people racists deep down.

In that interview, she said that a white person didn't have to utter a slur or say anything offensive at all -- she said that it was needed because deep down all white people are racists.

What makes this quote different is that this time she said that ultimately, "demographic pruning" would be needed to stamp out racism.

Oprah told BBC's Will Gompertz, "There are still generations of [white] people, older [white] people, who were born and bred and marinated in it, in that prejudice and racism, and they [those white people] just have to die."

Gompertz also asked Winfrey if it had ever crossed her mind that Obama has faced racism.

"Probably it's crossed my mind more times than it's crossed your mind," she said. "I think that there is a level of disrespect for the office that occurs. And that occurs in some cases and maybe even many cases because he is African American. There's no question about that and it's the kind of thing nobody ever says but everybody's thinking it."

This is not the first time Winfrey has made such statements regarding race.

Yes, earlier this year, she falsely claimed that "millions" of blacks were lynched because of race.

"You cannot be my friend and use that word around me. It shows my age, but I feel strongly about it. … I always think of the millions of people who heard that as their last word as they were hanging from a tree," she told Parade magazine in July.

The Tuskegee Institute, however, put the number of lynchings both black and white between 1882 and 1968 at 4,743, far short of the "millions" claimed by Winfrey.

Today, the Democrat Party does not want to own up to its Racist and Segragationist past policies.

And yes, they certainly don't want Americans to know that white Republicans in the South during the Reconstruction Era there to help freed blacks were also lunched routinely by that great Democrat organization called the Ku Klux Klan.

Since Obama's 2008 election, Liberals have reacted like Pavlov's dogs to any criticism of the president by falsely accusing those critics of racism.

Now, can you imagine if some white man or woman said the same things that Oprah said but in reverse?

Imagine the uproar if a white person came out and told BBC's Will Gompertz, "There are still generations of [black] people, younger [black] people, who were born and bred and marinated in it, in that prejudice and racism, and they [those young blacks] just have to die before anything gets better."

Can you imagine the uproar?

Yes, there's no question about the racism which Oprah exhibits. And yes, I see Oprah Winfrey as part of the problem with America today.

She is successful, wealthy, powerful, and influential. She has made a great deal of money and had helped put a man without any experience or competence in the White House.

She did not do it for reasons such as skill, leadership qualities and outstanding qualifications, but rather simply because of his skin color.

Then, when that man reveals himself as being crooked, a liar, and is totally incompetent - she defends him by calling his critics racists.

She is so totally consumed with defending Barack Obama's failure as president that she is ignoring the fact that even black people see him for who he really is - a total failure.

Oprah is a racist, but also clever.  She knows too well that its much easier to call white people racists, than to have to explain why over 55% of the black Americans who voted for Obama - now say they wish they hadn't. 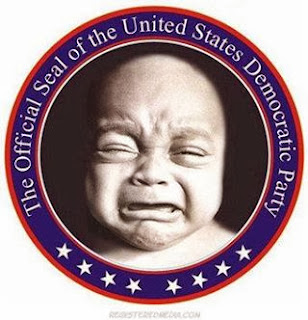