The case of the missing mustangs; what happened to 1,700 wild horses?


The semis would rumble down country roads packed full of wild horses.

Truckload after truckload, sometimes 36 horses at a time, all with the same destination: a ranch in the small town of La Jara, Colo.


Records show that for years, the Bureau of Land Management sold and shipped more than 1,700 wild horses from its animal holding facilities to just one rancher.


Now federal investigators are trying to figure out: What did he do with all those mustangs? And did any of them ultimately end up being butchered in the slaughter plants of Mexico?

They want to know the truth about the fate of the horses and whether the U.S. government looked the other way as the federally protected animals seemingly disappeared.

“I want to know where the horses went,” said Laura Leigh of the group Wild Horse Education, which advocates on behalf of the wild mustangs.

“It’s disgusting, it’s abhorrent. Whoever signed that slip to approve those sales, I want to look them in the eye and say, ‘What were you thinking?’”

The BLM is charged with protecting wild horses under federal law and has confirmed that the Interior Department Office of Inspector General is investigating the agency’s sale of mustangs to rancher and livestock hauler Tom Davis.

The Davis investigation comes amid a growing controversy over the BLM’s Wild Horse and Burro Program.

Horse adoptions are down, so the BLM has turned to selling the animals.

The government says Davis, who paid just $10 per head, was the biggest buyer ever of wild horses.

Its sale of the animals to Davis from 2008 to 2012 was uncovered by writer Dave Philipps in a September 2012 story, “All The Missing Horses,” for the nonprofit news organization ProPublica.

The story questioned whether Davis sent the horses to so-called “kill buyers,” middle men who export livestock to meat packing plants in Mexico, but reached no firm conclusion.

At the time, BLM issued this response to the ProPublica story: “The BLM condemns any sale of wild horses for slaughter. We care deeply about the well-being of wild horses, both on and off the range, and the BLM does not sell and has not knowingly sold or sent horses or burros to slaughter.”

Davis did not respond to repeated attempts by NBC News to contact him for comment and his lawyer, former federal prosecutor William Taylor, declined to answer questions about the federal investigation of his client.

But Taylor provided NBC News with a statement criticizing the government for not following part of the Wild Free-Roaming Horses and Burros Act.

While the 1971 law was enacted to protect wild horses, Taylor said, “Congress specifically amended the Act in 2005 to remove ‘excess’ animals from the Department of Interior’s protection, and to force the government to sell those animals without condition. … How does the government have any power under the Act to bring a case based on the sale of excess animals?”

The BLM acknowledges on its website that it is “not in compliance” with that part of the federal law which directs the agency to sell excess animals “without limitation” to any willing buyer, even to those who would slaughter the animals.

Last year, ProPublica reported that Davis is a proponent of slaughtering wild horses in the BLM’s holding system and that he had tried unsuccessfully to obtain funding to open a slaughter plant in Colorado.

“Hell, some of the finest meat you will ever eat is a fat yearling colt,” Davis was quoted as saying, “What is wrong with taking all those BLM horses they got all fat and shiny and setting up a kill plant?”

But Davis denied to ProPublica that he ever knowingly resold any wild horses for slaughter, saying he found “good homes” for the mustangs he purchased from BLM.

According to BLM sales documents obtained by ProPublica under the Freedom of Information Act, Davis told government officials he wanted the animals to “put on oil fields ... to keep grass controlled” and to “use for movies.”

Horse advocate Leigh said neither of those explanations should have withstood the government’s scrutiny.

“You know, I haven’t seen any Westerns coming out of Mexico with wild horses being stampeded in front of a camera,” she said.

So-called State Brand Certificates issued by the State of Colorado and obtained by NBC News indicate Davis shipped many of the animals he bought from the BLM to small towns near the Mexican border.

The Colorado brand commissioner says approximately 431 horses shipped from Davis’ property “appear to be BLM horses” that were sent to unspecified addresses in towns in different parts of New Mexico and Texas, including Spofford, Texas, 36 miles from the Eagle Pass border crossing into Mexico.

“It doesn’t take a rocket scientist to know that there are Mexican slaughterhouses across that border,” said Ginger Kathrens of The Cloud Foundation, a wild horse advocacy group.

“So it’s not a stretch to think that those horses ended up going to slaughter.”

Another advocacy group, the American Wild Horse Preservation Campaign, has called for the investigation of both Davis and the BLM.

The organization’s director, Suzanne Roy, said, “I think the government looked the other way at what was happening to these horses. ... I think it was willful ignorance on the part of the government.”

Joan Guilfoyle, chief of BLM’s Wild Horse and Burro Program, told NBC News she does not know what happened to the horses that were sold to Davis, but denied the agency did anything wrong.

“We have no knowledge of him being a person who has ill intent toward the horses,” she said, “so there was no reason to question the purchase of these (animals) because he has to sign the paper that says what his intention is.”

Criticism of roundups is not limited to wild horses.

As with horse roundups, the BLM defends the operations as humane and says such incidents are isolated and contrary to guidelines.

In fact, 50 BLM bills of sale reviewed by NBC News indicate Davis agreed not to resell the wild horses for slaughter.

On a BLM sales questionnaire, Davis’ name was signed on this declaration: “I agree to provide humane care and to not sell or transfer ownership of any listed wild horse or wild burro to any person or organization with the interest to resell or trade or give away animals for processing into commercial products.”

An official familiar with the Davis investigation told NBC News that investigators are not only trying to determine what happened to the horses, but whether Davis violated any of the conditions of his purchase.

Loyola Law School professor and former federal prosecutor Laurie Levenson said that, based on the bill of sale language, investigators could be trying to determine if there is evidence of a felony violation such as lying or making a false statement to a federal official.

In January 2013, BLM responded to public criticism of its sale of wild horses to Davis by announcing new rules for the agency’s sales program.

In an effort to prevent future large sales of wild horses, the agency issued a memorandum stating: “Without prior approval from the (BLM) assistant director, no more than four wild horses and/or burros may be purchased by an individual or group within a six-month period.”

“It changes nothing, especially when they add a little fine print in there. There is no change. It creates a press release so BLM can look responsible, like they’re listening to the American public.”

One month later, U.S. Rep. Raul Grijalva, D-Ariz., and 20 other members of Congress signed a letter to then-Secretary of Interior Ken Salazar, who oversaw BLM, citing the “substantial public outcry” over the ProPublica story on Davis.

The February 13th, 2013, letter said the co-signers were “troubled by your department’s lack of response to the legitimate concerns raised” by horse advocates and demanded an update about the Inspector’s General investigation.

Later this year, the Office of Inspector General is expected to present its findings to a U.S. Attorney, who will decide if any charges will be filed against Davis.

This article is being published here unedited as it was reported by NBC News so that the public may become more aware of what is taking place with the Wild Horse and Burro care programs under the Department of the Interior Bureau of Land Management.

Controversy over the BLM 's roundups of wild horses and burros ranging over 10 Western states is coming to a head, with ranchers, horse advocates and even the government acknowledging that the program is heading toward crisis.

I know that we are all being bombarded with more than our share of worries these days.

I know with scandal after scandal coming out of the White House, Democrat politicians screwing us every chance they get, and Obama proving himself a crook and a liar - we have a lot on our plate these days.

Americans have absolutely no trust in our Federal Government, and all for good reason.

Knowing what the BLM is doing and failing to do is one more thing that we as Americans need to be concerned with.

We really have to stop the incompetence coming out of Washington and these government agencies.

We have to do something about Political Appointees who don't know what they are doing and only screwing things up for our future. 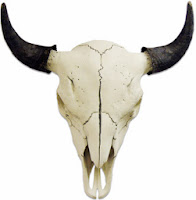