As with every 2nd Sunday of the month when the weather is nice, last Sunday morning, I went Cowboy Action Shooting.

As I've said in the past, each "shoot" involves a number of separate shooting scenarios known as "stages" and this week was no exception.

As with us in Rail Road Flat, we use targets that are steel plates that ring when hit and we also use "reactive targets" such as steel "knock-down" plates, or clay birds, and gongs.

But there is something else about our club, we usually shot at targets that are at greater distances than most other clubs -- at 47 yards.

That is, as long as not every stage has far targets. The rule of thumb is that a couple of far targets is good, but more than that is not good.

The first stage was one that one of the guys thought of, so I wrote it as he suggested. It was with three targets out at the farthest point that we shot.

The stages went well, and I didn't hear any complaints. But I heard a groan go out and saw worried looks on the faces of a few of the other shooters, when they saw the next stage.

It was a stage where we had to shoot a 10 inch gong that sat about 50 yards away.
Since I shoot first, I immediately saw the problem and decided to make an adjustment in the day's stage lineup. So after shooting that stage, I grabbed up my binder of stage scenarios and promptly removed the other stages that I had written for the day.
Instead, I replaced them with stage scenarios not as complicated and with targets a little closer.

Yes, I find that writing stages for Cowboy Action Shooting is an art form which takes time to master.

The one point that I must keep in mind for the future is that stages that have too much to remember and subsequently are hard to perform are simply not as much fun for everyone.

And yes, in a game that is meant to be fun -- the stages should be fun!
With that in mind, I made the changes and it turned out to be a great time with good friends!

As for our match scenarios last Sunday, below are the stages that we shot: 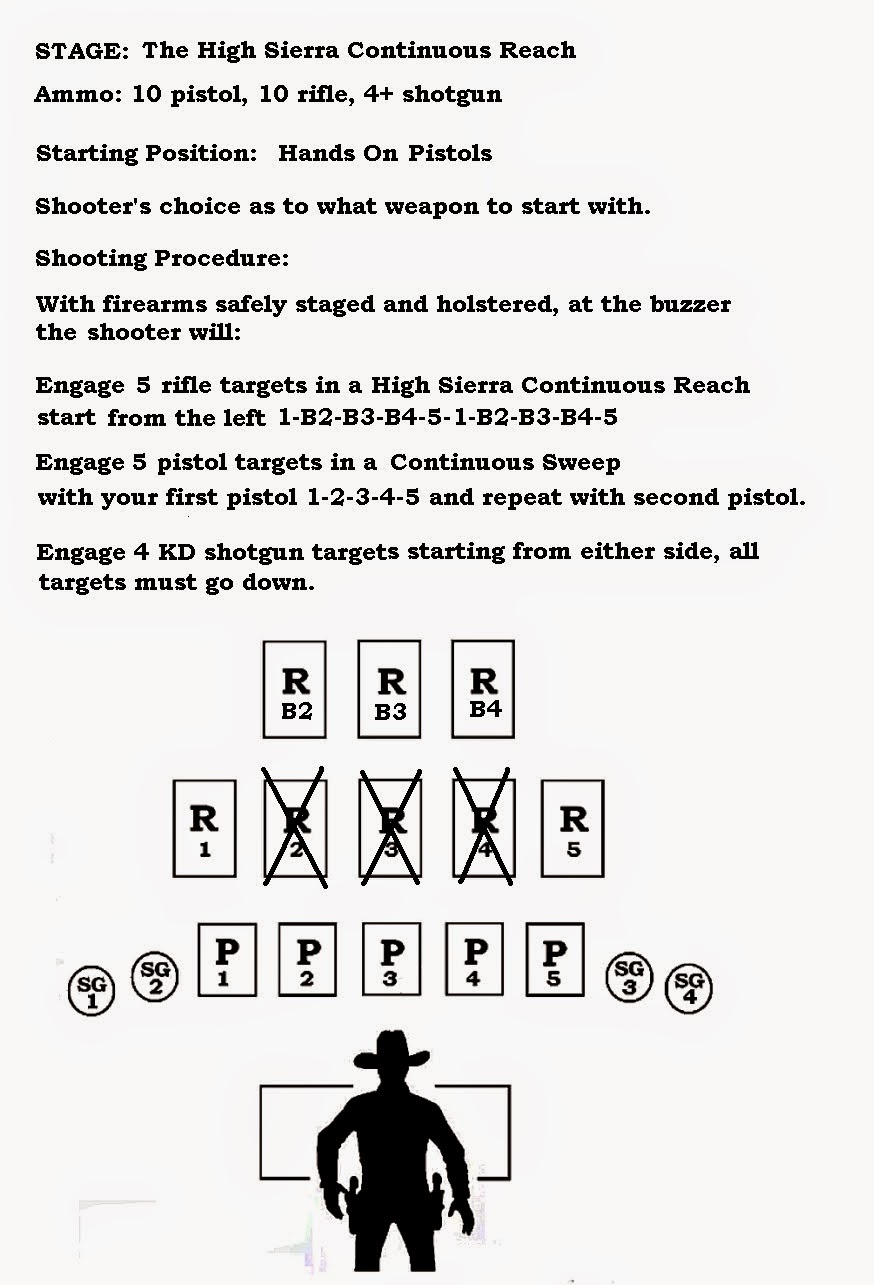 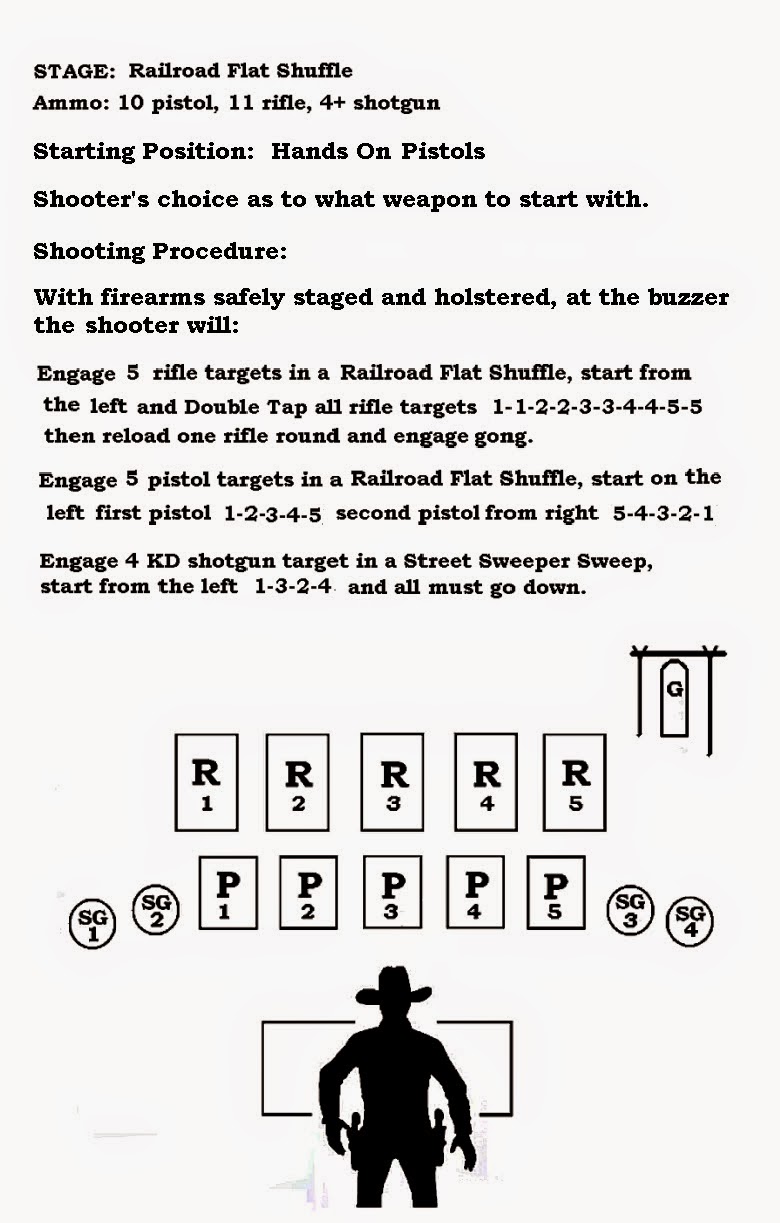 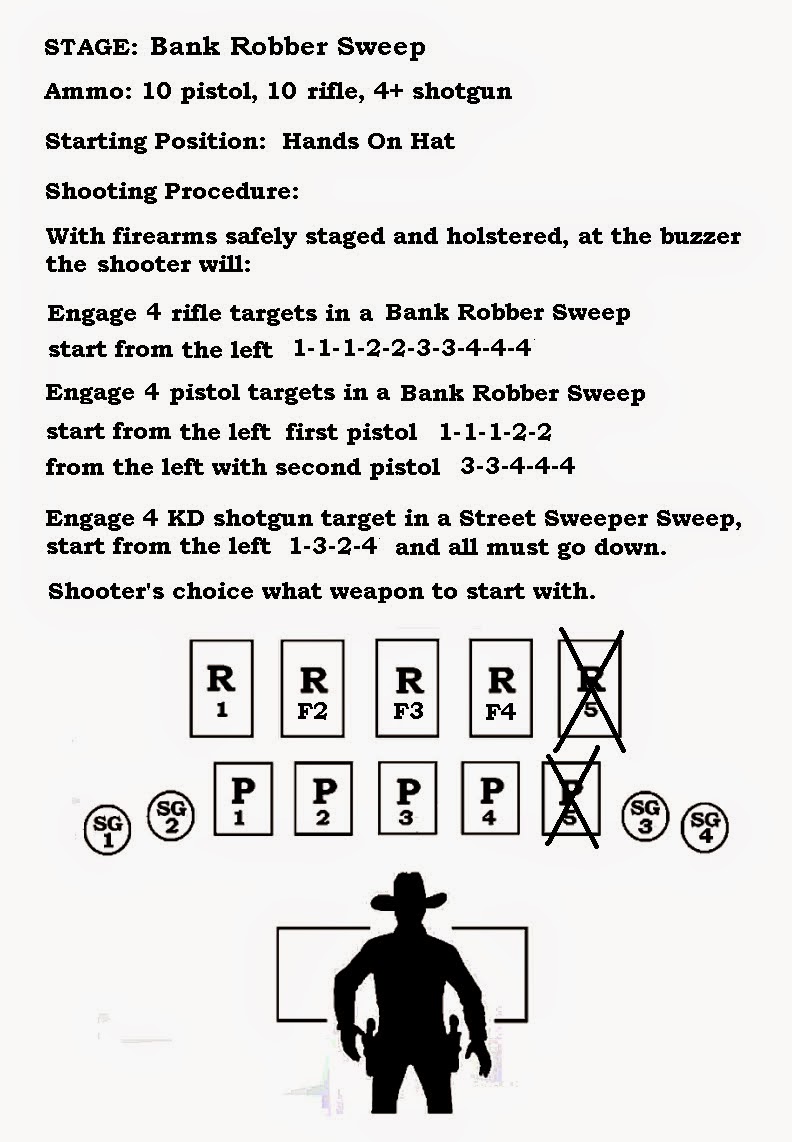 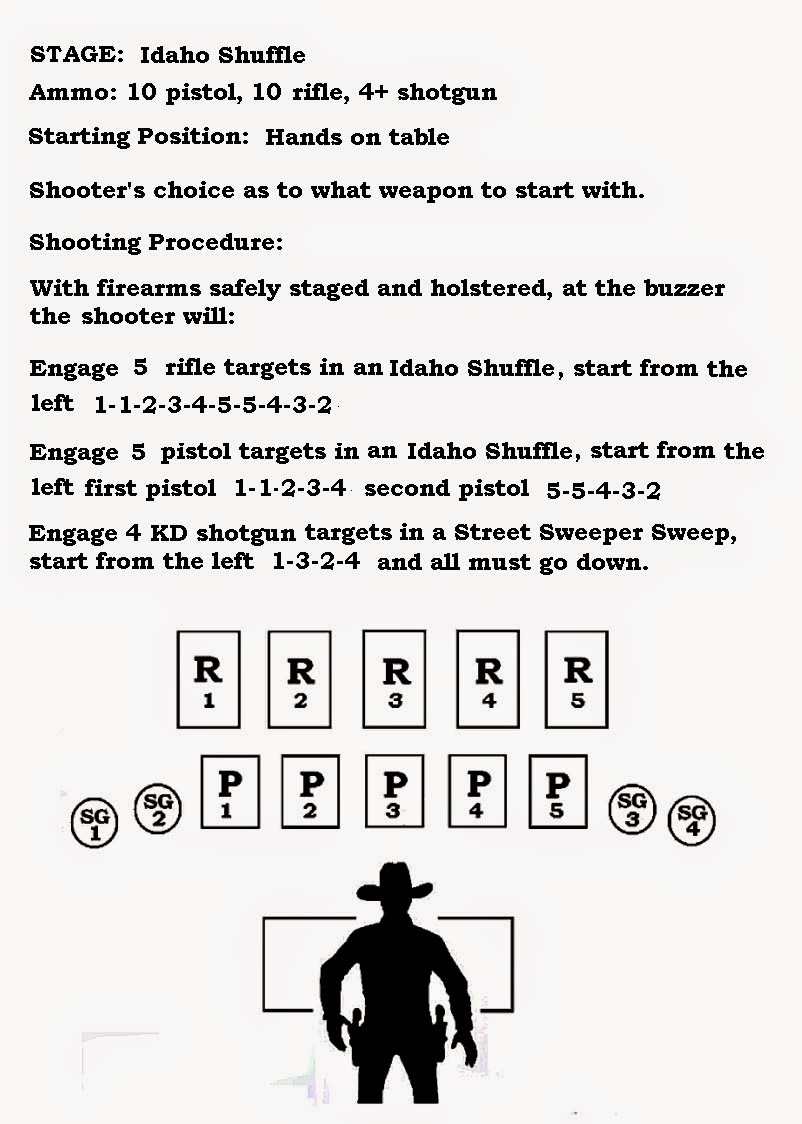 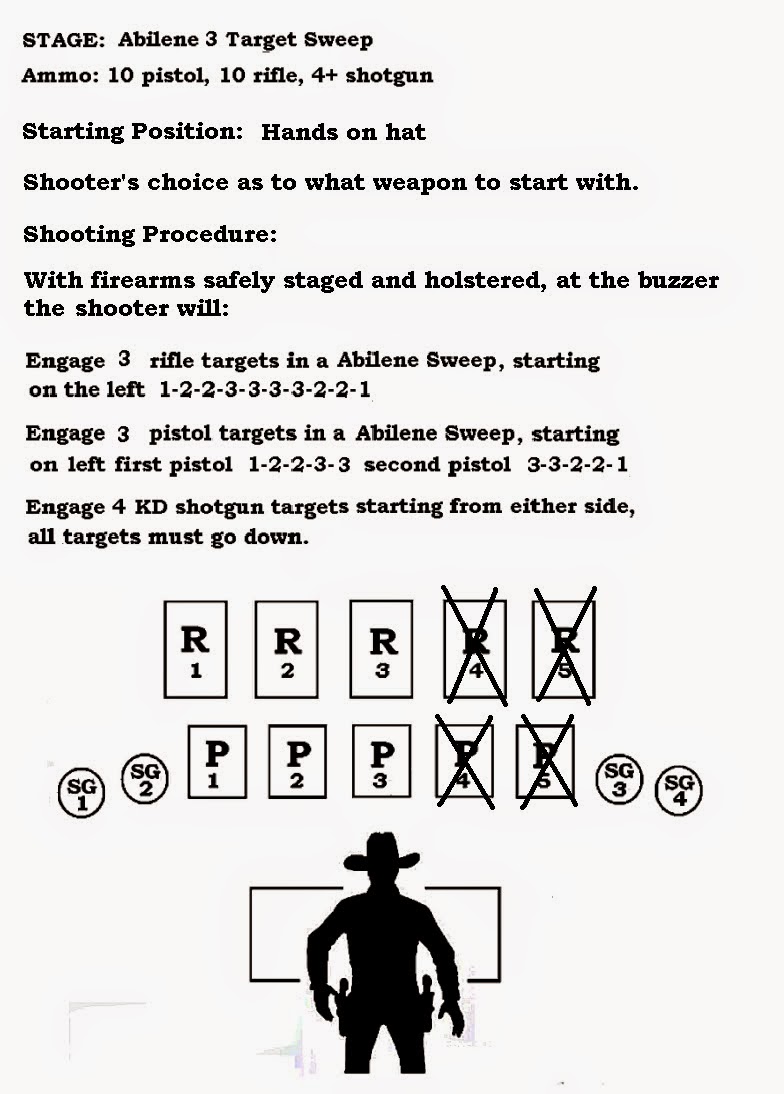 Tom Correa
aka: Paniolo Cowboy
Posted by Tom Correa at 1:38 AM