Tombstone's Ordinance No.9 Was Neither Fair Nor Equally Enforced 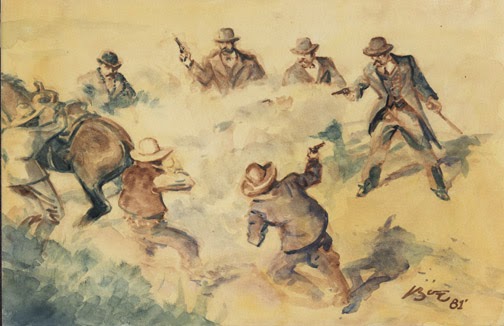 On April 27th, 2014, CBS Face the Nation host Bob Schieffer asked his guest, Senator Rick Santorum: "Does it bother you or does it worry you that we may be going backwards, that we’re going back to the day of the OK Corral and the old West where everybody carried a gun? Is that where we’re headed here?”

To which former Senator Rick Santorum (R-Pa.) answered: “You know, everybody romanticizes the OK Corral and all of the things that happened. But gun crimes were not very prevalent back then. Why? Because people carried guns.”

The Washington Post printed the above exchange with a rebuttal to Senator Santorum stating the following: "The Hollywood version of the Wild West is at the core of this exchange on Face the Nation, so perhaps it’s time for a history lesson. One-time presidential candidate Rick Santorum asserted that gun crimes were low back then because people had the right to carry guns. But he actually has the story backward.

The 1881 gunfight in Tombstone, Ariz., was actually sparked by an effort to enforce the town’s Ordinance No. 9: It is hereby declared unlawful to carry in the hand or upon the person or otherwise any deadly weapon within the limits of said city of Tombstone, without first obtaining a permit in writing.

That’s right, City Marshal Virgil Earp and his brothers Morgan and Wyatt were attempting to enforce a gun-control law that cowboys were evading — a law that was rather common in the West, according to historians."

Where the Washington Post gets it correct is that there was indeed a City Ordinance No. 9 in Tombstone, and there were also other towns with similar ordinances. But that was only half the truth!

Ordinances Relevant in the Preliminary Hearing in the Earp-Holliday Case,
Heard before Judge Wells Spicer

Ordinance No.9:
"To Provide against Carrying of Deadly Weapons" (effective April 19, 1881).

Section 3: All fire-arms of every description, and bowie knives and dirks, are included within the prohibition of this ordinance.

Frankly, Senator Santorum was right. And yes, that's where the Washington Post like other Liberal anti-gun groups gets it wrong.

Bob Boze Bell, the executive editor of True West Magazine, was correct when he was quoted once as saying, "You could wear your gun into town, but you had to check it at the sheriff's office or the Grand Hotel, and you couldn't pick it up again until you were leaving town. It was an effort to control the violence."

But facts are facts, and while that is all true, the Washington Post mislead their readers into thinking that the townsfolk went along with the ordinance when in fact they did not. The fact is the majority of those who carried a gun still did, all they did was simply carry their arms concealed. And yes, there is another issue to the Tombstone city ordinance. Fact is, it was enforced on a selective basis.

While most people carried their firearms concealed in towns with such ordinances, it was not unusual for such an ordinance to be selectively enforced depending on who were your friends. Since one can see by my article Life In 1881 Tombstone Was Very Civilized that violence was not as rampant as one would have thought to justify such an ordinance, one should ask why was it created in the first place?

Remember, in 1881 when that ordinance went into effect, there were 5 homicides all that year: One was by the use of an ax, one by use of a rock, and the other 3 were shot at the famous gunfight near the OK Corral. Knowing this, ask yourself if it was a needed ordinance to control widespread violence in a fairly non-violent town, or was it a trumped-up ordinance to control the citizenry and political enemies?

Remember that while the Tombstone city ordinance was enforced with some of the Earps political and business enemies such as the Clantons and McLaurys, it was not enforced with the Earp brothers who were not law enforcement officers but merely bartenders, saloon keepers, and faro dealers.

And yes, there were the Earp's friends such as Doc Holliday. The Earps looked the other way to allow him to stay armed even though he was a gambler with a reputation as a gunman, deserved or not.

It's said that the Virgil Earp had received information that Frank McLaury, and Ike and Billy Clanton, were in violation of this city ordinance on the day of the famous gunfight, yet he looked the other way the days and weeks previous to that morning when Doc Holliday and Wyatt Earp walked around armed -- yes, long before either were deputized on the morning of the OK Corral shootout.

And yes, it was well known that Wyatt carried a S&W Wesson Model 3 American in either his overcoat pocket or in the small of his back before being deputized. He was also known to wear his pistol when he was a faro dealer and bartender. Why wasn't the ordinance enforced with him? Of course, we know why, his older brother was the city marshal and he could get away with violating the same law that would get others killed.

It's said, "the famous confrontation grew out of Virgil Earp's determination to enforced Tombstone's law prohibiting the carrying of deadly weapons," yet he knew others who were also in violation of the city ordinance and did nothing about it. Those friends would be some of the same people who were later part of Wyatt's famous vendetta posse.

Because the offense was less than a misdemeanor as it was merely an infraction subject to a fine at the most, I, like others, believe that the now-famous gunfight was between two factions no different than gangs fighting over turf today. I believe it was an ordinance used to disarm the enemies of the Earps and Mayor Clum. I also believe that like the ordinance itself, the gunfight was politically motivated.

Although I believe that Virgil Earp was the real police officer in the Earp family and was simply flexing his legal muscle when he went to "disarm" the cowboys, I content that the Earps going to that alley adjacent to the OK Corral was just an excuse to jump at the chance to take retributions of some sort upon their enemies -- but then again that's just my opinion.

I say that because I've often wondered if the Earps would have been so eager to enforce that ordinance if the men in that alley were friends of the Earps? Frankly, I don't think so. 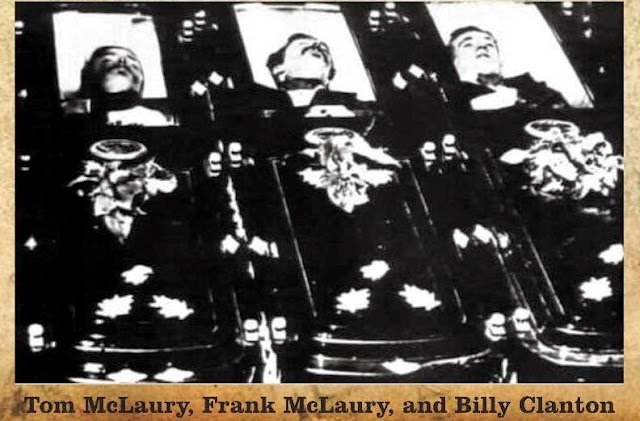 Besides an effort to deprive their enemies of firearms, the Tombstone City Ordinance No.9 was also an effort to stop the citizens from protecting themselves against a corrupt city government -- something that did not stop in the 1880s. My friend Terry McGahey of Cody, Wyoming, wrote me in regards to my article on how safe Tombstone really was in 1881 and touched on how the Tombstone Ordinance was abused by local authorities when he lived there as a working cowboy back in the 1990s.

"When I lived there Tombstone had been re-enforcing the old Earp firearms ordinance #9 for many years, the only change was the ordinance number was changed to 5-5-1, other than that it was the exact same ordinance.

Even though Tombstone was enforcing this old ordinance illegally by Arizona State Law, many people I knew at that time carried hide-out guns just as they did back in the so-called Wild West days.

The point I am about to make is how Tombstone's hierarchy, with the use of this ordinance, controlled its citizenry with an iron fist even though it was Tombstone which was breaking the law and not the citizens.

As a day wage cowboy, I would sometimes pass through Tombstone while on my horse and the marshals' department would actually pull me over on my horse and harass me over wearing my sidearm.

I never went into the desert without a gun but of course, never wore it while working cattle. I finally grew tired of this action and told the deputies to either arrest me, confiscate my weapon or leave me alone. From that point forward they harassed me in several ways, several times along with two other fellows who joined in with me against Tombstone and their illegal ordinance.

One fellow was working at the Birdcage wearing a gun with the full costume and they made him get a permit to carry a cap gun in his holster. There were just too many things to list here that took place at that time so I will just break it down as simply as I can.

During the time of this fight, we were not only harassed but had property destroyed and had shots fired in our direction on more than one occasion and I was forced to shoot and wound a man while on my own property. There are many police reports that had been filed which would now be in the archives of the Cochise County Sheriff's office in Bisbee Arizona, as well as many newspaper articles are written at that time in the Sierra Vista Harold. Also K-Gun 9 News in Tucson and the old news program, A Current Affair.

The whole point of this letter is simple, people who were against us such as the mayor who stated that he didn't want to know what state law everyone was were all hollering, there will be blood running in the streets without their ordinance just as you basically stated but it never came to passe once Tombstone was forced in court to drop the old ordinance with the backing of the NRA in February of 1994.

This ordinance was used against the people of Tombstone as a manner of people-control no different than how many states use gun control to do the same thing across our nation."

Yes, he's right. The whole idea of disarming the citizenry is to control them. And frankly, that's not new. That's what they did in Tombstone with Ordinance Number 9.

Now as for the subject as to whether it's right that anti-Gun proponents like the Washington Post point to Tombstone's City Ordinance No. 9 as some sort of proof that gun control was present and worked in the Old West, I really believe that they are only doing what they usually do by telling us only half of the story. Gun control never works because criminals don't care about such laws while law-abiding citizens are being disarmed and left defenseless unless of course they too break the law as was done in Tombstone and simply carry concealed weapons.

The Washington Post publishes their slanted anti-gun, anti-self-defense, viewpoint in an attempt to try to use history to prove their point which is not correct. They also hope that we will not look into the whole reality of the situation back then.