The Federal Government Needs To Change Its Ways 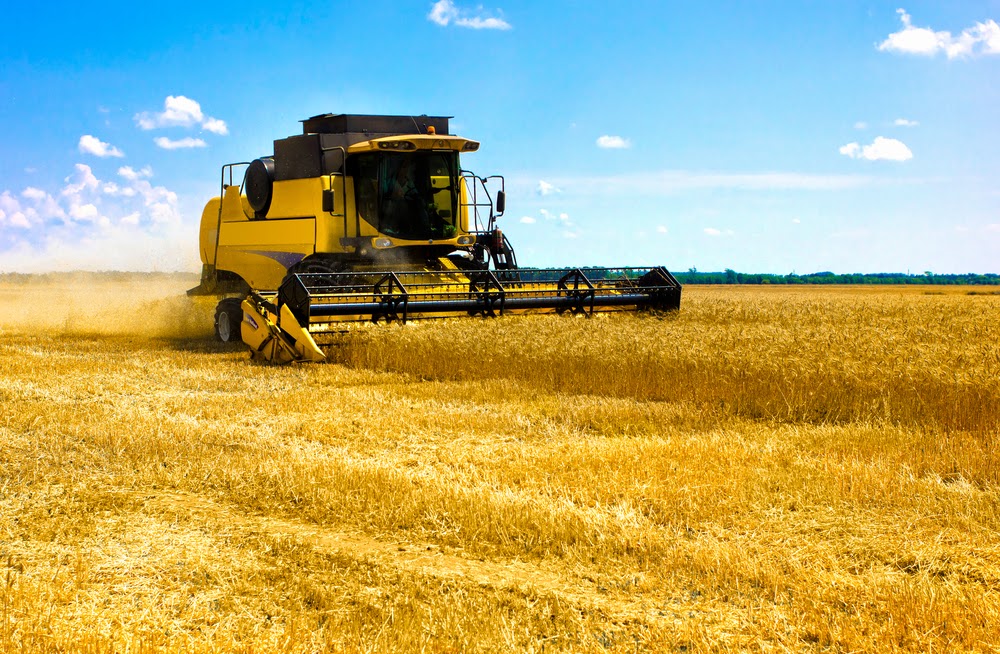 So how do we make the Federal government work for us?

In Communist Russia, the former Soviet Union, no one could figure out how to do just that and the people suffered for it.

Sound familiar, it should. That is exactly what's taking place these days right here in the United States under an out of control Federal government who seeks to control every aspect of our lives.

As for Communist Russia where the state, the government, forced their will upon their people, in the end their store shelves were empty and the state had multiple layers of managers for every one worker who refused to work.

Communist leader Vladamir Lenin saw private farming as a source of the Capitalist mentality and replaced "family farms" with "collective farms" run by the state.

Their system of state and collective farms placed their rural population back into serfdom.

Yes, a form of slavery to the government.

The government defined those farmers as "peasants."

Their system of forced labor "peasants" created an agriculture system in the Communist Russian Empire that was amongst the highest producing in the world -- just like Communist China today where the Chinese Government forces slave labor to farm the land under threat of death.

For the Soviet Union, for Communist Russia, over time that changed.

Despite huge resources, extensive machinery and the support of the government run chemical industries, and a large rural work force, the Soviet Union's agriculture was actually relatively unproductive.

The "socialized farm sector" that emerged in Russian agriculture after the Communist Revolution of 1917 was as an antithesis to individual or family farming.

A "family farm" is a farm owned and operated by a family. Like other family businesses and real estate, ownership often passes to the next generation by inheritance.

It is the basic unit of the mostly agricultural economy of much of human history and continues to be so in developing nations.

Alternatives to family farms include those run by agribusiness, known as factory farms, or by collective farming.

"Collective farming," or "commune farming," are farms in which the holdings of several farmers are run as a joint enterprise.

This type of collective is essentially an agricultural production cooperative in which member-owners engage jointly in farming activities.

The radical difference is in the application of the cooperative principles relative to freedom of choice and democratic rule.

The creation of "collective farms" (kolkhozy) in Communist Russia is a perfect example of "forced collectivization."

Since labor was forced, state-sponsored collectivism, collective farms operated under the supervision of the state -- the government.

Collective farms were inefficient because no one in the "collective" had ownership of the farm, it productivity, and/or its success.

Because no one owned the farms, the attitude was "so what if it fails -- it's the state's problem, not ours."

Labor was also a problem in that while the government provided equally to all, some did more work than others.

Human nature being what it is, once those doing the majority of the work decided to stop working as well -- the system collapsed.

History now shows that agriculture was the most oppressed sector of economy in the Communist State.

To put more controls on farmers, the government introduced more taxes despite the decree that all of the land was owned by the government, heaped on more government regulations and threats, and seized property.

Sounds familiar, again it should.

While Federal government over-regulation is nothing new, since the Obama administration came into power Americans are being regulated as never before.

Today many aspects of American industry is slowing down simply because Americans are being stifled by regulations and the threats of fines that they now cannot make a move without approval and permits from some agency of the Federal government.

Just as what took place in the former Soviet Union where the state, the government, attempted to control and regulate every aspect of their society -- the United States government is like that today.

These delays are costly and create enormous difficulties that is slowing job creation and strangling productivity.

The U.S. Department of Agriculture, USDA, imposes extensive regulatory controls on agricultural markets. Some regulations are intended to promote safety and reduce disease, while others restrict commodity supplies and raise consumer prices.

The Code of Federal Regulations includes 10,720 pages of rules for the USDA to enforce.

American agriculture producers don't only have to battle the USDA and their almost 11,000 pages of over-regulation, today among other problems is the U.S. Environmental Protection Agency, the EPA.

And yes, before we start talking about some of the problems, let's just be up front about the EPA and their bad attitude. The EPA has an extremely negative attitude toward agriculture!

One of things that has recently risen as a major issue is the an attempt to "clarify" the 1972 Clean Water Act after U.S. Supreme Court decisions in 2001 and 2006 made it unclear which waterways are subject to Federal regulation because of downstream connections and what have you.

The EPA says there is no attempt to expand the agency’s authority over all aspects of America's water, and that it has actually scales back the amount of waterways the agency regulates -- supposedly to the amount of the 1980s.

The EPA also says any clarification would keep current exemptions and exclusions for agriculture.

Farm and Ranchers simply know better because they see the hypocrisy and lies that the Federal government is capable of doing on a daily basis -- yes, agencies say one thing but do another.

And yes, that includes the Federal government's "land grab" that could control waters with only a minute effect on downstream waters, such as ponds, drainage ditches and culverts.

While the Federal government denies it, the EPA is right now engaged in an intensive public relations campaign to spin the truth and the reality of their proposals.

While Democrats say that the over-reach of the Federal government is simply not a concern,
more and more Republican politicians see the EPA proposals for what they are -- suffocating American Agriculture.

Federal regulations are overwhelming to farmers and ranchers and are creating a cascade of costly requirements that are likely to drive individual farmers to the point of bankruptcy.

As one farmer put it recently, "The overwhelming number of proposed regulations on the nation's food system is unprecedented and promises profound effects on both the structure and competitiveness of all of agriculture."

Instead of a heavy-handed approach of issuing crushing citations and fines, along with unreasonable and extremely costly regulatory burdens, most Americans can't understand why the EPA and USDA simply can't get together and decide on practical conservation and environmental measures that will work for all concerned without putting American farmers and ranchers out of business.

In their May letter to the EPA, Republican Senators cited pesticide regulations, methane emissions, a controversial leak of private information about farmers by the EPA, “and other regulatory issues that may be on the horizon and could threaten the continued productivity and economic viability of American agriculture.”

While more farmers and ranchers are having financial troubles due to cost burden imposed by the Federal government by way of the mounting regulations and fines, the Democrats and the Obama Administrator are doing nothing to alleviate the problem.

It is very apparent that Democrat politicians don't even want to look into the problems related to over-regulation by multiple agencies, in many cases redundant regulations.

They have no desire to see if there can be solutions to help hard working Americans.

As in other parts of America's economy, over-regulation and redundant regulation creates unnecessary liability for farmers and ranchers. We need to find viable solutions to all of the over-regulations that is hurting our nation.

After the Communist nation fell, with the demise of the Soviet Union, every aspect of agriculture run by the government was demolished in favor of producing more food.

Out of the dissolution of the Soviet Union in December of 1991, there grew a general policy to get away from the Soviet concept of everything being controlled by the government and move their farms to a free market economy.

Farm restructuring was one of the components of the transition agenda in the New Independent States, all of which adopted laws typically called "Law on Enterprises and Entrepreneurship" that allowed new corporate forms of farming to emerge.

Today, part of the frustration that American farmers and ranchers are experiencing is that the United States government, its Federal agencies, won't even bother to listen to the people their rules directly impact.

It has become very apparent that the United States government wants control.

While this is the case, the frustration of farmers and rancher today is the knowing that a milk spill is now treated like hazardous waste all because the Federal Government wants to be part of every detail of our lives.

Yes, like the former Soviet Union, those who governed Communist Russia did not see themselves as the problem -- today, the United States Government does not see itself as the problem that it has become.

Years ago I saw a two cartoon drawings that exemplifies what is taking place today in America when it comes to over-regulation and the effects that it has had on our freedoms and the economy as a whole.

In the carton, there was a stagecoach stuck in the mud. The caption proposed two solutions.

The first, the correct solution, was to get more horses to pull the stagecoach out of the mud.

The second solution, the wrong solution, was the idea of putting more guys on the stage with whips to whip the horses to get it to pull harder.

Yes, the extra weight and more whipping didn't do a thing to solve the problem -- and instead, they became a part of the problem.

Frankly, there stands the challenge today:

To get the Federal Government to accept the realization that the way it operates is wrong, that its rules are screwed up, that it should not try to control every aspect of American life, and that it needs to change its ways to better help Americans solve problems.

They need to stop being a part of the problem.

After all, it should be about helping us -- not controlling us.

In a Capitalist Nation such as ours, the Federal Government was not meant to be in control.  And frankly, it should just get out of the way and allow the system to flourish.

The Federal Government needs to return to doing what it was meant to do according to the Constitution and get out of the way of growth and productivity.

American agriculture can feed the world if the Federal Government would allow it to take place and not limit those who grow our crops and raise our cattle.