2014 Veterans Spending Bill -- Another Look At What Republicans Blocked 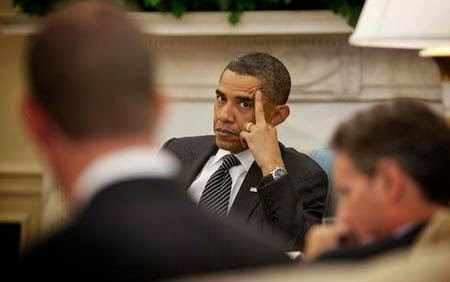 After years of over-spending, last December, 2014, Democrats wanted to portray Republicans as over-spenders. To do so they tried to paint the Republicans into a corner where they simply couldn't win.

On one hand if the Republicans had gone along with that 2014 Bill, then they would have been called "big spenders" on pork. And in the other hand, by not going along with it, Republicans were labeled by the Democrats and the Liberal Media as being anti-military and against funding our Veterans.

This trickery was bait meant to trap the Republicans in a corner after the Democrats took the biggest beating at the elections since the 1920s.

It was a trap that the Republicans did not take. And frankly, thankfully that Bill was blocked. After all, as you can see for yourself above, it had very little to do with Veterans -- and more to do with wasteful spending, political power, and partisan game playing by Democrats who had just lost an election.

The Veterans Spending Bill that the Republicans blocked in the Senate on December 10th, 2014 was a $1 Trillion Spending Bill.

This is what the Republicans blocked:

The above were all parts of the spending portions of that Bill that the Republicans blocked last December.

None of the above funds would have went to Veterans or our troops. None of the funds was designated for our military.

The only parts of the Democrat's December 10th, 2014, $1 Trillion Spending Bill that had anything to do with Veterans or our troops is listed below:
Besides trying to institute an indefinite pay freeze on the salaries of our troops, there were other regulatory issues that the  Democrats were trying to pass as well.

Is this why Democrat Senator Majority Leader Harry Reid (D-NV) refused to allow any discussion on the Bill -- or for the Bill to go to even go to committee?

I find it amazing that the Democrats in the Senate called it a "Veterans Spending Bill" yet the amount of funds in the Bill going to Veterans and our troops was less than one sixth of all of of the spending in the entire Bill.

This failed Bill is a great example of why we are in debt as a nation. Friends, the White House doesn't need more money. It needs less.

It needs to cut out those lavish multi-million dollar vacations with an entourage of 200 all completely paid for by the American taxpayers.

And as for other spending, I don't care if abortion is legal or not -- but I do care that American taxpayers are funding it. We shouldn't be funding it.

Besides, I've heard that mantra about how the government (federal or state) should not be able to stop a woman from getting an abortion that government should tell them what to do with their bodies. Well, they should use their wallets. If they don't want the government to have a voice in what they are doing, then they should be just as proud and pay for their own abortions.

Yes, I'm tired of people saying just give us money -- but they don't want any strings to their getting it.

And yes, a similar situation concerns the United Nation. The UN is an anti-American organization that has grown too big for its britches.
It is not a nation onto itself. It is not a regulatory board and has absolutely no power of authority over sovereign nations. It's own Charter says that. So why has that organization been put in the position omnipotent ruling bodies while being one of the most corrupt organizations ever established?

We should cut our spending of the United Nations all together. And frankly, they can move out of the United States and try getting funded by others to stay afloat. Fat chance of that happening!

And for us in Afghanistan, why are we funding the people who hate  us? Egypt is a whole different situation, they are fighting the Muslim  Brotherhood and its allies who support terrorism.

In fact, Egypt has actually shut down of thousands of Muslim Mosques because they breed terrorism.

As for increasing American taxpayer money for the EPA, the USDA, the FDA, and other Federal agencies, which negatively impact our national economy through over-regulation of American manufacturing, American energy, American resources, and American agriculture, I say cut them all.

Turn the cloak back to when the American government worked for Americans. Force the government through cuts to understand that it works for us and not special interest groups, lobbyists, and Leftist Political Correctness.

There is another point here. In 2008, George W. Bush signed the Economic Stimulus Act of 2008 enacted on February 13, 2008. It was an economic stimuli intended to boost the United States economy in 2008 and to avert a recession, or ameliorate economic conditions.

President Bush with the support of both Democratic and Republican lawmakers. The law provides for tax rebates to low- and middle-income U.S. taxpayers, tax incentives to stimulate business investment, and an increase in the limits imposed on mortgages eligible for purchase by government-sponsored enterprises (e.g., Fannie Mae and Freddie Mac). The total cost of that bill was $152 Billion.

Even though that 2008 Stimulus Bill helped Americans by giving us back money from the Federal Government, Democrats across the country were not happy about giving away money they saw as "theirs" to spend.  Of course Democrats believe they know how to spend our money better than we do -- that is their mindset.


To prove that point, after taking office, the centerpiece of President Obama's domestic agenda was an $819 Billion Economic Stimulus Plan.  Of that $819 Billion, NONE was returned to the American public.

Almost all was spend on social programs like Michele Obama's school lunch program; the instituting of Common Core; the arming the more than 70 Federal Agencies with armored personnel carriers, tanks, thousands of weapons, and billions of rounds; and a host of EPA and Environmental programs to appease their Democrats number one campaign donors.

Sure some of the Billions of dollars was supposed to be spent on America's deteriorating infrastructure, most of the funds from that have gone to everything other than what it was meant to. In fact, most of the $819 Billion Economic Stimulus package disappeared and to this day cannot be accounted for.

Some say it became the best example of Government Waste and corruption.

Researchers have found that Bush's 2008 Economic Stimulus and the stimulus checks received by American families increased spending for the typical family by 3.5% when the rebate arrived, boosting overall non-durable consumption by 2.4% in the second quarter of 2008.

The study concludes that the rebate payments for U.S. households were an effective stimulus method by increasing disposable income.

While this is the truth, today, because of the Bush Stimulus and the cost of taking the War on Terrorism to the enemy overseas instead of waiting to fight him here, Democrats complain that President George W. Bush overspent while in office.

Today, Democrats refuse to admit the truth of the matter that Obama has spent more than all of his predecessors combined -- and has put us in a financial hole never seen before.

Then again, it's really no surprise that Democrats never make any mention of how Obama really has spent us into the hole we're in.

It is no surprise that Democrats spin the truth and lie their ass off. After all, that's just what they do!