The Tale of the Miraculous Minie Ball 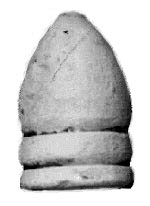 A bullet, a Civil War minie ball, with a strange tale?

The Minie ball, also known as the Minié ball, is a type of muzzle-loading spin-stabilized rifle bullet named after its co-developer Claude-Étienne Minié. It was the prominent round in the American Civil War.


So what can be so miraculous about a Civil War minnie ball? Well the story behind one minnie ball took on a life of its own in November of 1874 when an unusual article appeared in The American Medical Weekly, a Louisville Kentucky medical journal.

In the article Dr. L. G. Capers recounted an unusual case of artificial insemination which he had claimed to have witnessed on a Civil War battlefield in Mississippi. The story goes that a bullet had passed through a soldier's testicles, and then traveled on before hitting a woman and impregnating her. Imagine that!

The event supposedly took place on May 12th, 1863 at around 3pm during the Battle of Raymond where Brigadier General John Gregg of the Confederate forces fought General US Grant's Army led by Major General John A. Logan.

For those of us who may be American History fanatics but can't keep track of every battle in the Civil War, the Battle of Raymond took place on May 12th, 1863, when Lt. Gen. John C. Pemberton, Confederate commander at Vicksburg, ordered Brig. Gen. John Gregg to lead his force from Port Hudson, Louisiana, to Jackson, Mississippi, and out to Raymond to intercept approaching Union troops.

Before dawn on May 12th, Maj. Gen. James B. McPherson had his XVII Army Corps on the march, and by 10:00 am they were about three miles from Raymond. Gen. Gregg decided to dispute the crossing of Fourteen Mile Creek and arrayed his men and artillery accordingly. As the Yankees approached, the Rebels opened fire, initially causing heavy casualties.

Some Union troops broke, but Maj. Gen. John A. Logan rallied his force to hold the line. Confederate troops attacked the line but could not as more Union troops arrived. The Union force counterattacked. Heavy fighting ensued for more than six hours, but the overwhelming Union forces prevailed. Gen. Gregg’s men retreated and lost the battle.

According to Dr. Capers, who was a Confederate army doctor at the time, he was with his regiment as the fighting took place. He described the scene saying that a house stood about 300 yards behind the Confederate lines, and the house was occupied by a mother, her two daughters, and their servants.

All were standing in front of it watching the battle and waiting to aid any fallen Confederate soldiers. Then suddenly Dr. Capers noticed a soldier fall to the ground, and at the same instant he heard a scream from the house.

He attended the fallen soldier who had been hit in the leg by a minnie ball. During his treating the fallen soldier, Dr. Capers noticed that the bullet had also "ricochetted from these parts, and, in its onward flight, passed through the scrotum, carrying away the [soldier's] left testicle."

Then while dressing the soldier's wounds, the mother from the house supposedly ran up to him and urged him to attend to her daughter. The doctor complied and found that the eldest daughter had been also wounded by a minnie ball. In her case, the bullet "had penetrated the left abdominal parietes, about midway between the umbilicus and anterior spinal process of the ilium, and was lost in the abdominal cavity, leaving a ragged wound behind."

The doctor said that he only had time to prescribe the girl an "anodyne" before he was forced to retreat from the house with his regiment. But over the course of the next two months, being stationed with the wounded at the nearby town of Raymond, he was able to visit the young woman regularly and watched her fully recover from her wound.

Six months later, he was in the neighborhood of Raymond again and visited the girl. He found that her stomach had begun to swell. Three months further on she gave birth to an eight pound son.

Amazing in many ways. Since her family's morality was said to be very strict as was common during those times, they were said to be mortified that their unmarried daughter had given birth.  The daughter, however, repeatedly insisted that she was a virgin and didn't know how such a thing could have happened.

Dr. Capers examined her and verified that she was indeed a virgin and that her hymen was intact. But even though that was the case, Dr. Capers said he simply did not believe her even though she insisted she was a virgin.

Then three weeks later, the girl's grandmother asked Dr. Capers to examine the child because the child's scrotum was dangerously enlarged and sensitive. The doctor examined the infant boy, decided to operate and, to his astonishment, found a minie ball embedded inside the child.

Thinking about this, Dr. Capers tried to figure out how a bullet could have become lodged inside the child? Then he recalled the events at the Battle of Raymond and figured out the incredible series of events that must have happened.

He remembered treating the young man who had suffered from a bullet passing through his left testicle. This same bullet, that minnie ball, the doctor determined must have then continued on its flight and hit the young girl. That bullet, he believed, must have been carrying particles of semen with it upon impact on the young women's abdomen. He believed that the bullet impregnated her, and afterwards working its way into the child's flesh.
In his story, Dr. Capers stated that he explained the bizarre situation to the family.  And yes, after they heard the fanciful tale, they requested to meet the soldier. He then went on to say how the soldier and the young woman met and ended up marrying each other. He even said that they produced two more children in a more conventional manner.

After appearing in the American Medical Weekly, this Civil War story became something of a legend. Its origins and details became obscured, but the basic outline of the tale was frequently repeated.

Believe it or not, a medical journal even repeated it as being "factual" as late as 1959 by F. Donald Napolitani, "Two Unusual Cases of Gunshot Wounds of the Uterus," New York State Journal of Medicine, 59, 1959, 491-93.

But friends, fact is the story is not true. The entire tale was created by Dr. Capers who apparently wanted to poke fun at the numerous highly embellished, often spurious, Civil War stories then were being told in the 1870s. 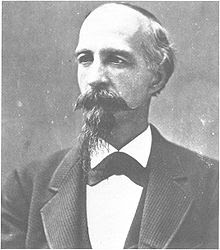 LeGrand G. Capers, Jr. studied medicine as the assistant to his brother-in-law, Ebenezer Swift, and graduated from Jefferson Medical College. Later he practiced as ship physician on Vanderbilt's steamers.

When American Civil War broke out, Dr. Capers participated in the foundation of Confederate Medical Department in Alabama. On July 19, 1861 he became assistant surgeon in the 4th Georgia Volunteer Infantry.

On October 30, 1863 he was promoted to chief surgeon in Cutshaw's battalion. After armistice, Capers moved to New Orleans and became demonstrator of anatomy in New Orleans School of Medicine.

The rest of the story is that Dr. Capers, who was said to be highly respected doctor, submitted the story to the American Medical Weekly anonymously. Yes, it is believed that Dr. Capers did so intending not to be attached to such a ridiculous tale. But, as luck would have it, the editor of the journal, Dr. E.S. Gaillard, recognized Dr. Capers' handwriting.

Dr. Gaillard also recognized that the story was false and decided to do something unexpected. He decided to give Dr. L.G. Capers full credit for the story by printing the piece as being written by Dr. LeGrand G. Capers.

So yes, when the story appeared it was titled, "Attention Gynaecologists!—Notes from the Diary of a Field and Hospital Surgeon, C.S.A." written by Dr. LeGrand G. Capers.

The editor's note in a subsequent issue of the journal revealed the case to be a joke, it stated:

DR. L.G. CAPERS, of Vicksburg, Miss., disclaims responsibility for the truth of that remarkable case of impregnation by a minnie ball, as reported in No. 19 of this Journal. He tells the story as it was told to him. He does not say it is untrue, but is disposed to appositely remember the truth of the old adage, that "accidents may happen in the best regulated families." The joke is, that the Doctor reported the case without any signature, but as the editor is indisposed to be made the victim of canards, and recognized the writing sent, he was unwilling to deprive the author of the contemplated fun, and allowed him to enjoy even more of this than was anticipated. The readers have enjoyed the story much, but not enough "to cut capers" after reading it.

While it appears the editor got the last laugh, no one knows if Dr. Capers authored other hoaxes. If he had as "anonymous," no one knows.