America Was Not A 19th Century Imperialist Power 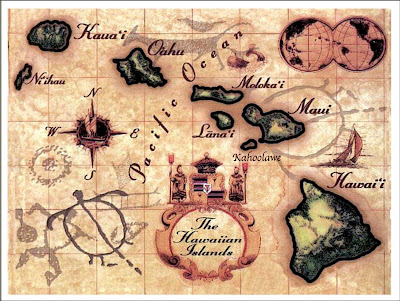 Researching 19th Century America is full of surprises. Frankly, my research findings blindside me in many cases simply because it goes against what I was taught in school. If there is one thing that I'm constantly being reminded of is that no one should ever assume history being taught is correct, accurate, or unbiased.

In fact, these days I find myself verifying more than I really want to simply because I find the claims suspect. The latest revelation has to do with the worn tale about the the coup d'état and overthrow of Queen Lili'uokalani on January 17th, 1893,

Historians are correct in believing that the ultimate goal of the Provisional Government of Hawaii and its subsequent government, namely the Republic of Hawaii, was the annexation of the islands to the United States. But frankly, that was only accomplished in 1898 after almost 50 years of negotiations. I would not call that empire building.

So why don't I agree with people who have all sorts of degrees, professorships, and credentials out of this world? It is because many are biased and have their own political agenda that they are conducting.

One so-called historian who I've been reading lately called the Queen's cabinet, those who overthrew her, "Insurgents." Another talked about "their Kingdom's" neutrality saying that those who overthrew the Queen were "puppets of the United States." So no, it is not hard to see the side that they are on is it? And no, I never expect to get any real useful information from articles where the writer take sides. I really do like the story to be "just the facts."

Imperialism is a type of advocacy of empire. Imperialism is defined as "a policy of extending a country's power and influence through colonization, use of military force, or other means". From all of my research, using that definition, the United States was not an Imperialist Power in the 1800s. In fact, looking at the facts, how can anyone even consider that the United States was in the business of colonization?

In 1868, U.S. Marines landed in Japan. In 1868 in Uruguay and in Colombia. In 1870, our troops landed in Mexico again. And yes, in 1870, U.S. Marines had their first mission in the Hawaiian Islands. But no, America did not colonize Uruguay, Colombia, or Hawaii.

As a result of the Hawaiian government's request, two Marine Detachments were landed to restore order to the rioting in Honolulu. They fought a rebellion instituted by the opposition candidate in the election of a new King, and assist with the orderly coronation of King David Kalakaua. During the fighting, American Marines actually seized most government buildings and took control of the Hawaiian government. In fact, Marines occupied the city armory, the Hawaiian treasury, the station house, the Honolulu jail, and the Honolulu Courthouse which was there main objective.

Yes, in 1874, though U.S. Marines had complete control of the entire Hawaiian government, in just under two weeks of sporadic fighting, after order was restored, the Marines returned power to King Kalakaua and simply returned to their ships. They acted at the request of a friendly nation.

It is interesting to note that Hawaiians hated King Kalakaua a great deal back then, yet today he is probably Hawaii's most beloved King - commonly referred to as "The Merry Monarch." But that is for another post at another time.

In 1889, U.S. Marines were again in the Hawaiian Islands. This time is was to protect American citizens and interests in Honolulu during a small revolution. It was called the Dominis Conspiracy, and was named after Princess Liliuokalani who also went by the name Lydia K. Dominis.

It was also known as the Wilcox Rebellion, because Robert Wilcox, who was their cousin, was her co-conspirator and organizer of the coup. In fact, he tried leading quite a few coups. And in my opinion, it didn't matter against who. He had no idea of what loyalty meant.

First he was on the side of Liliuokalani who was the sister of David Kalakaua. She would later become Queen Liliuokalani after the death of her brother the King. Then in a strange twist of fate, almost as if karma was coming around, a few years later after she became Queen, Robert Wilcox organizes another plot in 1892 by forming a group called the Hawaiian Patriotic League to enact a coup against her.

But then in 1893, Queen Liliuokalani, who originally conspired a coup against her brother, ended up losing her throne to even another coup d'etat by members of her own cabinet.

From January 16th to April 1st of 1893, the U.S. Marines were back in Hawaii. Again the U.S. Marines landed to protect American lives and property there, and at the request of the Hawaiian government. Unlike in 1874, this time the Marines did not fire a shot. They did not take control of any government building, seize any property, jail anyone, or conduct any combat actions against any Hawaiian, American, British, or other foreign citizen.

The fact is that the Marines were there because of the "potential" of unrest as the internal crisis within the Hawaiian government continued. They were told to standby. And yes, they did just that. About 160 Marines landed, and were given specific orders by Captain G. C. Wiltse to "land in Honolulu for the purpose of protecting our legation, consulate, and the lives and property of American citizens, and to assist in preserving public order."

Well, yes. The Marines had seen the riots and rebellion of 1874 in Hawaii, and it was less then 20 year past that they had to "preserve public order" in Honolulu. They understood very well just how bad it could get there. As far as the United States being there to support the coup? Fact is the Marines did not do anything but camp out and then returned to their ships.

The Queen later wrote that she was surrendering to the overwhelming power of the United States yet the United States government represented by two administrations didn't even want Hawaii. One president actually thought accepting Hawaii into the Union would be a mistake, he compared the Hawaiian people to American Indians.

Since we did not seek to colonize other lands like say the British, the French, the Germans, the Russians, the Belgians, the Dutch, or even the Japanese did during that time period, what makes America an Imperialist Power?

So no, America did not occupy any of those lands where we were called into. No, we did not plant our American flag and declare ourselves conquerors.

The American blood left on the soil of those lands is a testament to the fact that the United States did not assume the role of conqueror and claim lands as conquest for our nation. Anyone trying to tell you differently is not to be trusted.