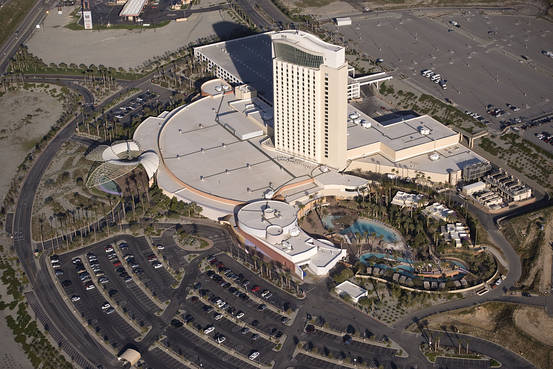 A business-savvy tribe of Native Americans, the Morongo Band of Mission Indians, is riding to the rescue of Colt Defense LLC, the embattled gun maker caught up in a contentious bankruptcy case.

Private-equity owner Sciens Capital Management has been clashing with bondholders over control of Colt. Sciens had the upper hand, but bondholders then moved into the lead, offering to finance a turnaround via the chapter 11 proceeding that began June 14.

At this point, the fate of the Connecticut company, which has roots that run back to the 19th century, is unknown.

After the initial dustups in the bankruptcy brawl, the Morongo tribe had its lawyers on the phone to everyone concerned, offering to open talks with the maker of the “gun that won the West.”

“We are the West,” said Drew Ryce, attorney for the Morongo tribe, which is based in Southern California near Palm Springs.

“All we know is that the company failed and we don’t want that to happen. It’s an iconic American company. It shouldn’t fail. It shouldn’t go away.”

Sciens denies mishandling the company. Colt, Sciens and a lawyer for bondholders didn’t respond to a request for comment on the interest from the Morongo.

The Morongo aren’t taking sides, said Vickie Driver, a Texas bankruptcy lawyer advising the tribe on how to find a way in to the chapter 11 action. “We’re open, ready to talk. Colt needs something to right its ship,” she said.

One of the largest tribal business conglomerates, the Morongo run a $250 million resort and casino on tribal land, as well as a golf club and travel center.

The tribe also owns the Hadley Fruit Orchard stores and online business, and it has an alliance with Nestle Water North Americas which sells water bottled at a $26 million plant on the reservation. “Manufacturing in the Northeast is a very good diversification play,” Mr. Ryce said.

If it is money Colt needs, the tribe has it, Mr. Ryce said. Colt could still be put up for sale, and if it is, the Morongo will bid. Should the company choose a turnaround plan, the Morongo could step up as a chapter 11 plan “sponsor,” or outsider that funds the relaunch of a reorganized business.

If it’s an advantage in winning back U.S. government military supply contracts lost in recent years, the tribe has that, too, thanks to federal programs for Native American businesses, Mr. Ryce said. 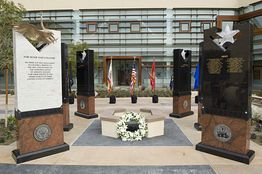 Colt makes sense as a business investment for the Morongo. The tribe’s interest, however, is economics tinged with patriotism, according to its lawyer.

Historically over-represented in the U.S. military — more than 10% of the total Native American population saw active service in World War II, and tens of thousands more went to work in defense industries — Native Americans “have all got uncles, grandpas and fathers that had the Colt M1911 as their sidearm,” said Mr. Ryce, father of a U.S. Marine who has served three combat tours, and carried Colt weapons.

“Our children have been putting their lives in Colt’s hands for a long time,” said Mr. Ryce.

Given the shifting dynamics of Colt’s chapter 11 proceeding, getting in the door could be tricky for the Morongo. Uninvited bidders sometimes get the cold shoulder during bankruptcy, only to be invited to deal talks after creditors have seized control through chapter 11.

Verso Paper Corp., for example, courted rival NewPage Corp. while NewPage was in bankruptcy in 2012 but was rebuffed. Verso finally bought NewPage after it exited, closing on the deal early this year.

For Colt’s Native American suitors, it’s not just business; it’s history, interest and commitment, their attorney said. “We have gone to great lengths to get our hands on Colts,” he said. “Just ask General Custer.”

It is wonderful to see Americans stepping forward to keep Colt Defense in America. I certainly tip my hat to the Morongo tribe of California for what they are doing.