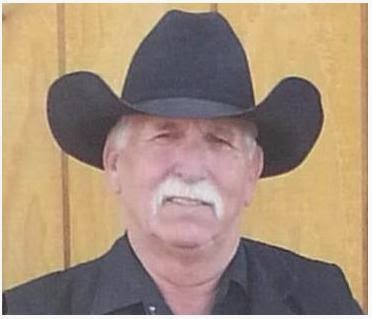 I don't know about you, but I am sick and tired of people's rude behavior in public places.

How many times have you been in a restaurant trying to have a nice meal with your spouse or friends and some inconsiderate jerk at a table nearby is talking real loud on his or her cell phone as though everyone wants to hear what their conversation is all about.

How about that person who is talking loud trying to impress everyone with their intelligence, how important they are, or how much money they have.

Then you have the idiot in the movie theater who keeps talking through the movie or who keeps getting up and down going to the bathroom or snack bar while everyone else has to suffer with them squeezing through the aisle and even spilling a bit of their drink or popcorn while doing so, not to mention the person setting next to you who smells as though he or she hasn't had a bath in a week or so.

How about the grocery store? People letting their kids run wild or screaming because they didn't get something they wanted. What about the people who meet in the aisle to shoot the breeze while blocking the whole floor, and even though they see you coming they don't offer to move.

Next in this same category is the person who shoots out of the side aisles into the main aisle with their cart without taking the time to at least slow down and try to see if someone else is there. Then what about some of the employees themselves who will walk right out in front of you without so much as an excuse me.

Next, the inconsiderate drivers. When I began driving people, for the most part, showed consideration for each other. If someone was trying to get from a parking lot onto the road and others were sitting at a red light the person in line close to you would hold up when the light turned green and let you out.

No more! Most of the drivers today will hurry as not to let you out if you are in one of the larger towns or cities.

Then what about the people who come to a four way stop? It seems that many people don't even know how to use them anymore or just don't care. They will try to beat the guy who got there first or on the right if they reached the stop at the same time. There are many more circumstances of rude behavior while driving but too many to list here.

Many times I have wondered why, in our society, have people become so rude and lack what use to be commonplace manners?

I don't know the actual answer to this question but in my opinion, it has to do with the latter half of the twentieth century when both parents had to start working just to pay the bills which has left the kids, once old enough, to stay home by themselves with no supervision. Then to top it off the parents began to buy them whatever they wanted in many cases to try and make up for not having the time to spend with them.

This situation in my belief is what has become a big part of the me, me, me world along with these kids not having to work for anything. The saddest part of all is we see this rudeness today even in some of the people my age and older who I guess believe, I am older now so I can act however I want.

I don't get angry or upset with anyone who accidentally does something rude or makes a mistake while driving, but if I believe it to be intentional that's a whole different story. Sometimes it's the second person who becomes the rude one if the first person just made a mistake or didn't see the other person. We have all done that at one time or another in our life so don't get upset by a mistake being made by someone else because then you may very well become the rude person yourself.

In my opinion these things show just how much we as Americans have disconnected ourselves from each other, then we wonder why people don't stand together for a common cause that's good for our country.