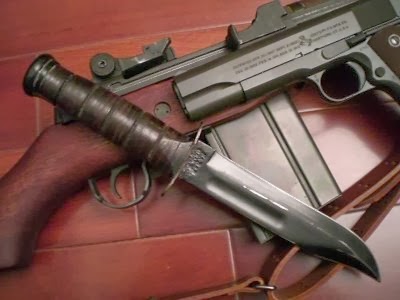 During the Butte Fire, my wife and I have seen fire-trucks from all over California. From as far away as San Diego, Beverly Hills, Tulare, and Culver City, to nearby Tracy and Sacramento, we have had all sorts of wonderful assistance from all over during this emergency.

Firefighters from all over the state have spent days on the fire line. They have been tireless in their dedication to the task of protecting our homes and ensuring the minimum loss of life in the process. They are wonderful, and frankly I can't thank them enough.

Our friend Tony Atnip, who works for the local Water District, called to let us know that our home was still standing. What we didn't know was if there was any damage to our home or our barn and sheds. And after 8 days being away from home, we were very eager to go check it out for ourselves.

On the way up from Mokelumne Hill to Glencoe on State Route 26, we soon found ourselves driving by burned out properties void of all undergrowth. And yes, homes that once stood were gone -- burned down to ash and not much more.

Steve and Janet Duman's home, Kevin and Bret Haight's home and barn, our next door neighbors the Fischer's homes were all still standing and what looked like untouched by the fire. And yes, our home was like we left it. Thank God.

Once we were in and checked out every room for any sign of a problem or an intruder, we called others to let them know that their homes were fine -- and that we were OK as well. Before leaving, we locked up our place and checked on our BLM mustang, Dancer, who looked fat and happy and unphased.

We then went over to our American Legion Post, Calaveras Post 376, and from there to our friends the Atnips to check on them. And yes, once there, that's when we found out that others in Glencoe who were not burned out had their homes looted.

The Butte Fire has meant that many of us in Glencoe have had to evacuate. And yes, soon after we left, there had been reports of looters. While some had been rumors, others reports confirm that looters had entered homes of evacuees like us.

Signs in some areas told looters that they will be shot if caught. While we didn't see any such signs in Glencoe, at the driveway of one property in Pine Grove there was a sign that read "YOU LOOT, WE SHOOT!"

And that brings us to the point of this article, why don't more people shoot looters? I know many folks who would certainly shoot looters if they tried looting their property. I would to save my property. Most of my friends would do the same.

Looters have no compunction at all about breaking into the home of someone who has fled to safety. Looters feel nothing at all when it comes to their stealing what evacuees couldn't get out with them. They are vermin, a pestilence, no different than ISIS or Muslim refugees who wave the ISIS flag, or the thugs who burned down businesses and home in Ferguson and Baltimore.

Back in 1992, when the Los Angeles Riots took place after the Rodney King verdict, there were a great number of scumbags who decided to burn down parts of Los Angeles after looting stores there.

What folks forget is that Korean-American business owners armed themselves and prevented their businesses from being looted and burned to the to ground. They stood guard with rifles and shotguns in hand and stopped the punks there from wiping out their property, their livelihood, their future.

Why shouldn't looters be shot on sight? One homeowner versus two or three looters with intent to rob and possibly burn down someone's home? Maybe with the intent of hurting the homeowner if caught in the act? Wouldn't that be self-defense? Isn't defense of one's property, one's home, self-defense? I think it is.

And frankly, shouldn't looters understand that there are consequences to their actions, to their criminal behavior, to ruining someone else's life? Shouldn't looters know that "YOU LOOT, WE SHOOT" means exactly what it says in that they will be dealt with swiftly, and it will be final?

Let's be frank here, if we do not shoot to kill and they live, then they may end up owning our home and everything that we ever hope to own. Because of the way the screwed-up Justice System works today, looters, criminals, those who break the law and survive, may get rewarded with everything that we own.

And yes, time after time, "Shoot On Sight" orders have lessened the number of looters and arsonists willing to try something stupid. Don't think so? Well just look at what took place during Hurricane Hugo and Katrina when looters were told that the police and the National Guard would in fact shoot looters on sight. Looting stopped once the order went into effect.

Friends, if they take my life so cheap as to loot my home and all that I have worked for, all the things that I probably could not get out when I left at a moment's notice, why should they get away with it? Why should they loot home after home after home while the owners are sleeping in shelters, in parking lots in their cars, or were taken in by others?

Why shouldn't we shoot looters when they prey on us, especially when they know full well that the people that they are stealing from are down on their luck? Why allow looters to get away with preying on those who are worried and waiting to see if they indeed have to rebuild their lives?