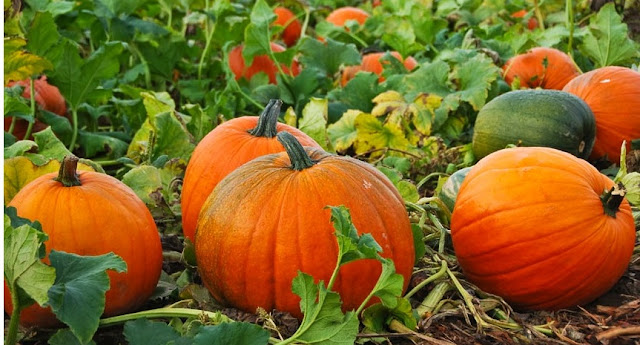 This time of year, Americans should be free of worry and filled with thanks. But with rising costs of food, clothing, and our ability to stretch a dollar becoming more and more challenging, Americans have more than our share of worries.

In California, its the drought that has adversely effected crop production and subsequently food prices are high. In the Midwest, it was unexpected rains. And yes, with those rains came a disaster for farmers there. All of this has led to worries about pumpkins!  Yes, not since the Great Depression have Americans had to worry about the availability of pumpkins.

We know that Pumpkin Pies are what tops off a Thanksgiving dinner. It is the favorite dessert for many, including me.

We know pumpkins are carved up for Halloween. And yes, Pumpkin Pies are traditional for Thanksgiving and Christmas in the United States and Canada. And frankly, if the rest of the world doesn't eat Pumpkin Pies -- that might be their major problem.

The pie consists of a pumpkin-based custard, ranging in color from orange to brown, baked in a single pie shell. And yes, though I've heard of it -- it rarely comes with a top crust. To make a Pumpkin Pie, one needs its main ingredients: pie shell, eggs, condensed milk, sugar, nutmeg, cinnamon, cloves, ginger, and of course pumpkin.

The pie is generally flavored with cinnamon, powdered ginger, nutmeg, and cloves. Allspice is also commonly used, and can replace the clove and nutmeg as its flavor is similar to both combined. Cardamom and vanilla are also sometimes used as batter spices.

Pumpkin Pies are usually made from canned pumpkin filling with all of the needed spices included. I didn't know any of this as I simply eat them, and have never tried making one. 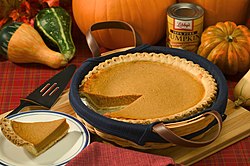 Some recipes may also call for substitutes to be used, such as butternut squash instead of pumpkin. Yes, there are rebels everywhere!

While I can go into the whole history of the pumpkin, I will spare you by simply saying that pumpkin is a native to the continent of North America. Yes, it's American!

Pumpkins made their way to France and then England, or vice versa, and a Pumpkin Pie of sorts did not become a common addition to the Thanksgiving dinner until the Pilgrims brought pumpkin pies back to New England.

I say "Pumpkin Pie of sorts" because the folks back then prepared their English version of Pumpkin Pie by stuffing a pumpkin with apples, spices, and sugar and then baking it whole. Yes, I'd say their attempt at Pumpkin Pie making was sad at best.

While there are seasonal pumpkin pie-flavored products such as ice cream and such, throughout the United States it is traditional to serve pumpkin pie after Thanksgiving dinner. And yes, pumpkins are packed with healthy vitamins and nutrients that are great for heart health, great for your vision, fights cancer, wonderful for your mood, helps the immune system, and believe it or not is an energy food that helps keep waistlines in check. Of course, for me, it tastes great as pie! 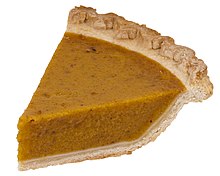 A can of pureed pumpkin, typically used as the main ingredient in the pie filling is what a Pumpkin Pie is all about.

Commercially made pumpkin pie mix is made from Cucurbita pepo, Cucurbita maxima, and Cucurbita moschata pumpkins.

So now, where's the problem you say? Well, there's a Pumpkin Pie shortage!

While some might not see this as an all out National Emergency, I'm sure there is a Pumpkin Pie fan out there who will have a tear in his coffee knowing that he going to be restricted to only one slice -- if at all.

How do I know this? In October, it was reported that we have a shortage of pumpkins. That was the word from the owner of Libby’s, the largest American pumpkin pie producer, after record summer rains damaged this year’s pumpkin crop.

Yields in Illinois, the center of American pumpkin production, are down about 50 percent from 2014, according to Nestle SA, Libby’s parent company. Yes, half of what it should be!

Libby’s which ordinarily produces 80 percent of canned pumpkin in the United States will this year make enough to bake about 45 million 8-inch pumpkin pies, half of what it originally planned.

I don't know if some are taking this calamity serious enough. For example, Roz O’Hearn, a spokeswoman for Nestle USA, said, "Maybe that means you’ll have one slice instead of two!"

Oh the humanity! Only one slice!

That orange fruit, yes it's a fruit, may be the greatest victim so far of this summer’s record rainfall, which also dented corn and soybean yields in the eastern Midwest. The inclement weather meant delayed planting and germination and fewer blossoms turning into fruit, which means that much of the crop that were destined for processing was planted before June had to sit in water-logged fields.

While Libby’s has contracts with farmers within a radius of about a 50 miles of its canning plant in Morton, a town that’s home to an annual pumpkin festival, that might not be enough.

The pumpkins Libby’s uses for canning aren’t suited for Halloween jack-o’-lanterns. So no, they were not the one used to light porches and scare away goblins. The pumpkins Libby uses is oval-shaped, pale orange and heavy, with a dense, meaty interior.

Addressing this emergency of sorts, Roz O’Hearn, spokeswoman for Nestle USA, said, "We think we’ll have enough pumpkins to get consumers through the important Thanksgiving holiday. But after that, there’s going to be a shortage, until you get to the next harvest."

Among the blessing that my wife and I are grateful for this year is that the Butte Fire, which raged through more than 70,000 acres and destroyed the homes of more than 500 people here in Calaveras and Amador Counties, didn't take our home. My wife and me are thankful to God that our home and small community of Glencoe was spared.

So friends, if you have a Pumpkin Pie? Among your thanks, don't forget to also be thankful that you have one.

May God Bless You and Yours. Happy Thanksgiving!
Tom Correa 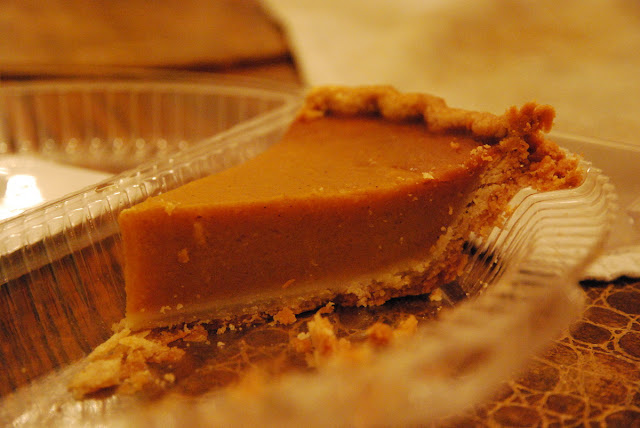