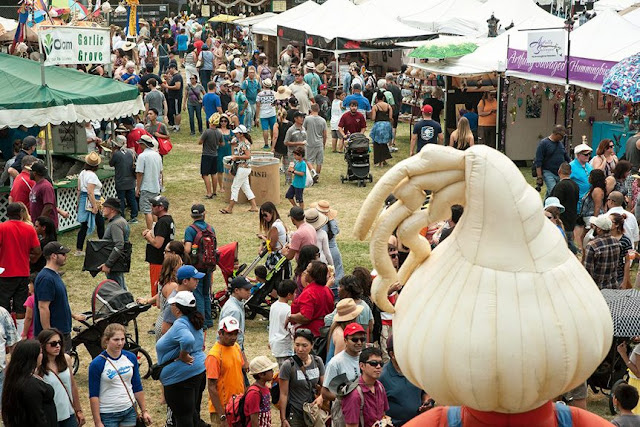 The gunman who opened fire at the Gilroy Garlic Festival on July 28th, 2019, killing 3 and injuring 12, was identified by law enforcement as 19-year old Santino William Legan of Gilroy. Legan was fatally shot by sheriff deputies on Sunday after he opened fire at the very crowded festival in Santa Clara County.

I was there in 1993 when one stabbing took place. Right after that happened, the event's security along with the police made a walk through and cleared the entire event of everyone there. They closed it down. The same day of the stabbing, I witnessed more than 3 fights. It became a very rowdy atmosphere where fights happen all the time. In the 6 or 8 times that I went there, there were always fights.

While I have not been back to the Garlic Festival since 2000, the problems that the event has stems from the availability of alcohol, people getting drunk and high from the use of marijuana, and the presence of rival gangs.

As for their security at the time, the event employed private security and had armed Gilroy city police and sheriff deputies on hand. Again, if memory serves me right, they used the private security for the entrances and exits, at key locations, while armed police officers and deputies were on horseback and walking patrols. These days, metal detectors are located at the entrances.

Security for any event such as a festival are usually put in place to prevent "expected" situations. While the worse case scenarios are looked at, available resources dictate that only so many precautions can be taken. What I mean by that is this, one attempts to predict the worse case scenario within reason using available resources. I'm willing to bet that no one, not the festival's security coordinator or the sheriff's department, anticipated a gunman circumventing the festival’s security by entering from a creek area and cutting through a fence.

For me, I believe the motives of such an insane individual attempting to do such a horrible act actually mean almost nothing because I know that such individuals cannot be stopped before they carry out their plan. Unless someone knowledgeable of the perpetrator's plan comes forward and actually informs on the person before carrying out the act, the police are always a reactive security element.

While we know that the gunman who murdered those innocent people went through a lot of trouble to get around security measures in place there, we know that increased security from years past and the presence of armed officers didn't stop his intent to commit murder. But there is something else that we should note. Even if he did not cut his way into the event through a fence, the perpetrator could have gotten into the event circumventing security through a number of other ways.

Because we do not live our lives in a protective bubble, along with our security measures, we have to trust that not everyone out there is insane and out to kill us.