Why Re-Elect President Trump In 2020? 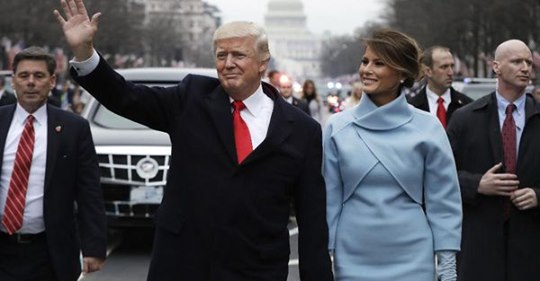 President Trump is the best thing to happen to our country since Ronald Reagan. He is addressing the problems with our economy that the Democrats said cannot be fixed, and is fixing them. Because of his efforts, our economy is booming.

Our unemployment is at its lowest in 60 years. More minorities are working. Senior citizens have been given cost of living raises that were denied them during the Obama years. Jobs and more importantly opportunities for Americans is on the rise. The Stock Market has reached its highest peak ever.

While Democrats are calling for imposing totalitarian regulations, increased government control of our lives, and Socialist ideals that are akin to full blown Communism, President Trump has brought prosperity back to America and it is translating into better lives for all. This newfound surge of feeling good about our nation and our economic future has had positive effects on all Americans. This is shown in Consumer Confidence which has never been higher.

President Trump’s inner-city Opportunity Zones are starting to take shape. He is addressing government task redundancy, agency overlap, and over-regulation. The result has been the elimination of tens of thousands of useless, economic stifling, business killing regulations. Regulations that were meant to make the government more powerful while taking away freedoms from the American people. And yes, because of President Trump, Americans are not longer being fined, and are no longer being threatened with the confiscation of their property, for not enrolling into ObamaCare.

Also, while addressing government problems, he has given Veterans more choice and expanded our options for better heath care through the Veterans Administration. While the Democrats like to say there were no scandals during the Obama years, they refuse to acknowledge the scandal of Veterans being allowed to die on waiting lists while President Obama did nothing to address that horrible situation. That is no longer the case under President Trump. Today, Veteran Health Care is better than ever.

As for his foreign policy, President Trump has gone to meet with the North Korean dictator and has reduced tensions to a lesser degree than what was taking place under Obama who did nothing to address the possibility of nuclear war. Image that we were threatened by a nuclear attack on Hawaii, but Obama said the biggest threat that we faced to our national security was Climate Change. That's the definition of being asinine!

Also, President Trump has taken on the unfair trade practices and military expansionist policies of China, and we are achieving goals which are more favorable to us. Not them, but us. The same goes for Mexico and Canada, a better trade deal has resulted in a more favorable situation for us. American corporations that left our country, or more accurately were chased out because of draconian government regulations, are returning to again manufacture products here with American workers.

As for the Middle East, in 1995, Congress passed the Jerusalem Embassy Act, which declared that "Jerusalem should be recognized as the capital of the State of Israel." That bill also stated that the American embassy should move to Jerusalem within five years. That was 1995, it took President Trump to fulfill that mandated law.

As for ISIS, while they were supported by the Obama administration, as was the case with Iran, today ISIS is gone and their dreams of an Islamic barbarian state is no more.

As for the security of our nation both overseas and at home, President Trump has stopped the dismantling of our military which was taking place during the Obama years. He has instead increased the pay of our troops, increased incentives for our men and women in uniform to make the military a career, and is in the process of giving our troops the new and improved equipment that they were denied under Obama.

As for strengthening our security on our Southern Border, President Trump has worked to replace the old ineffective security barriers with modern barriers, and has increased the amount of border being addressed with such needed security measures. This has been needed to curtail the flow of drugs and human trafficking, including child sex trafficking, across the border. Presidents Bill Clinton, George W. Bush, and Barack Obama did very little to address this growing problem. President Trump is addressing this with new barriers.

He is doing this while fighting Democrats who want open borders and appear to for the free flow of drugs, slave labor, and child sex trafficking.

President Trump has done all of this in spite of the obstructionist Democrats. Democrats have worked tirelessly to divide Americans on multiple issues including race, gender, class, and more. Democrats are working to ruin our economy through increased Climate Change hoax regulations, and they want to take more of the money that we earn to waste it on their Socialist agenda which includes giving benefits to people who are not even citizens. Democrats have even obstructed every attempt that President Trump has made to keep us safer.

President Trump has done this for our country. No one can argue the fact that President Trump is doing wonders for our country. He is a successful president in spite of the Democrat Party's attempts to stop all of the great things that are taking place under his guidance. This is why Democrats hate him and want to see him impeached for any reason, even if that reason is made up.

All of the wonderful things that he has done for us is why I will vote for him again in 2020. Yes, despite the hate and lies coming from the Democrat Party and their mainstream media.