Yes There Is A Difference!

Yes There Is A Difference between us and them!

An e-mail that I received asked me if I thought that there really is a difference between the people who attended the Liberal Hate Fests of George W. Bush and those who have attended the Tea Party rallies?

They are the great silent majority that has traditionally been quiet and just took whatever the government has handed them. Whether it's higher taxes or more regulation that no one should be asked to have to adhere to, the Tea Party is a reaction to too much!

And how do they protest that's different from Liberals protest you ask, ah there's the difference. 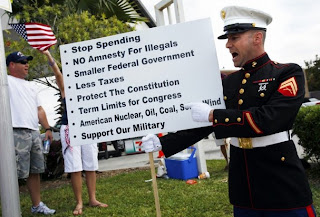 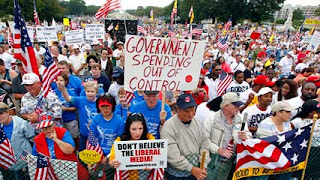 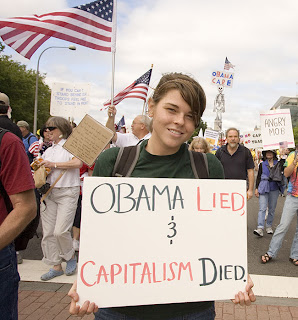 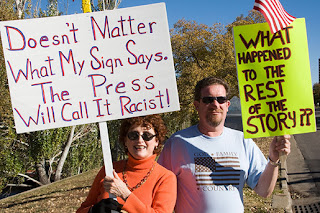 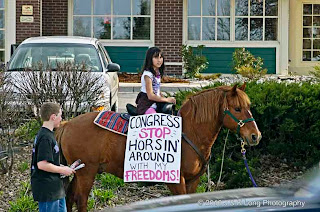 Yes, they are dissatisfied and unhappy with the direction of the country. Yes, they are frustrated with the coverage they get in the Liberal News Media which paints them as something they are not. Yes, they wear the clothing like that of the Patriots of the Revolutionary War. Yes, they list their grievances. And yes, they wave non-threatening signs while they scream and shout their support of OUR Constitutional Rights.

Anyone who goes to a Tea Party rally would find that no they don't preach hate.

They mingle and talk among each other to find other like minded people and brainstorm for solutions. They ask about you and your relations. They want to know if your burden is like theirs. They ask you to join them if you to are tired of dealing with over taxation, no representation, and a life ruled by Big Brothers in Washington and in State capitols across the nation.

I remember attending two big Tea Party rallies, and being involved in Security for many years, I asked the police who were there how things were going? At the first rally the police reported that they had zero incidents. At the second rally, not only did the police report that they had zero incidents but also that there was something else. When I asked what that was? The police said the area of the protest was "cleaned up". There were no trash left behind and everything was as it was when they arrived.

I asked if that was different from other protests and the police supervisor that I spoke to advised me that most anti-U.S. protests like the anti-Bush protests of a few years ago would leave the area a wreck with trash everywhere and property damaged or tagged with graffiti.

From my experience supervising the security for businesses around a Liberal anti-U.S. protest, the businesses always suffered property damage of some sort. And of course the cost to repair the damage had to be passed on to the public. But I'm sure that that was never a concern for them. After all that is the big difference between them and the those who attend Tea Parties and other Conservative rallies.

They threaten and are callus beyond imagination. They incite and they almost enjoy the idea of violence on Americans. They hate. That's the difference between us and them. 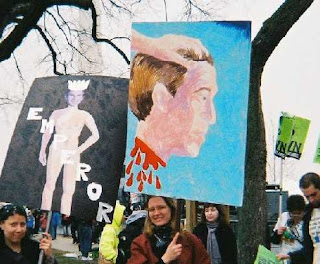 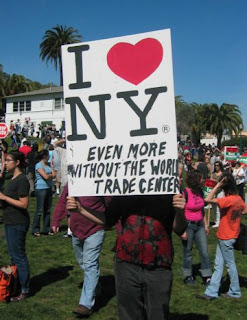 I can't imagine knowing anyone who would wave any of these types of protest signs. They are of the same mentality of the people who hung a symbol of Sarah Palin on their home. Their hate overwhelms them! 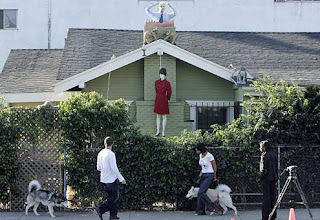 The difference is that they hate, and it consumes them!
Posted by Tom Correa at 3:14 PM