A Call for Texas Independence in 2014 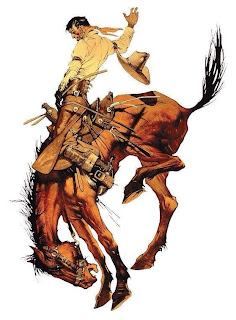 It seems that a group of Texans want their state to get the chance to vote for Independence.

The LoneStar Watchdog reported that a Pro Texas Independence Group met to discuss the matter of declaring Independence.

Will it be a tough fight? Is it a bold move? You bet on both counts!
That organization seeks Texas independence and a very orderly political divorce from Washington DC.

Right now, it was reported that those Texans have tirelessly lobbied state law makers in both houses for the cause of sovereignty and Independence.

Even though these Texan’s message has been graciously received by many state lawmakers agreeing with the need for Texas to secede.

Still there are people in leadership positions that stand in the way of allowing bills of necessary importance that passed the house overwhelmingly only to be stalled never making it to the committee in the State Senate.

But now, their bold move is to bypass Austin and those who are obstructing any legislation needed for such a move, and are going directly to the people of Texas.

The Pro Texans Independence Group started a petition drive, and Texas State law says they only need 75,000 signatures to get the measure on the state ballot in the primary election.

The petition is just saying let the people of Texas decide.

"All political power is inherent in the people, and all free governments are founded on their authority, and instituted for their benefit. The faith of the people of Texas stands pledged to the preservation of a republican form of government, and, subject to this limitation only, they have at all times the inalienable right to alter, reform or abolish their government in such manner as they may think expedient."

This is what the petition drive is about.

So will Texas be the first to tell the Obama administration, and those in favor of imposing more and more Federal intrusions into our lives, in a loud voice that political power is in the hands of the people and not the government?

But why the discontent?

Yes, I'm sure that someone reading this will say, "things can't be that bad that they'd want a split?"

Well, let's take a look what Obama and the federal government has done by comparing it to another document - the Declaration of Independence:

"Such has been the patient sufferance of these states; and such is now the necessity which constrains them to alter their former Systems of Government."

To paraphrase the Declaration of Independence, the history of President Obama is a history of repeated injuries and usurpations, all having in direct object the establishment of an absolute Tyranny over these States. To prove this, let Facts be submitted to a candid world.
He has refused his Assent to Laws, the most wholesome and necessary for the public good.

He has forbidden Governors to pass Laws of immediate and pressing importance, unless suspended in their operation till his Assent should be obtained; and when so suspended, he has utterly neglected to attend to them.

And yes, there is much much more.

So with the way things are right now with things taking place across most of the nation, with the exception of some hardcore Blue States who see Obama as their savior even with his demands and intrusions, can Texas exceed the number of signers willing to sign the petition who are registered voters?
This initiative is to be on the Republican Ballot in the primary election once all the signatures required is met.

Texas has open primary elections which means that Democrats who want to stop this can cross party lines and vote Republican.

But even if they try, many believe that once the initiative is on the ballot - the Democrats won't be able to rig the results because of an overwhelming landslide in favor of Texas Independence.

The Last time Texas seceded was in 1860s when the people of Texas broke away from the United States before the Civil War - or what folks down in the South call the "War of Northern Aggression."

Even though President Sam Houston opposed secession because he felt it was the wrong time, the Texas State Legislature at the time recognized the will of the people and overridden Sam Houston’s opposition.

Texas seceded from Mexico in 1836.

Secession is now talked about widely in Texas.

Will Texans make a statement that will shake the foundations of Washington DC and the corrupt power structure that seems to be entrenched and impervious to the will of the people?

Can Texas send such a message to the Obama administration and it actually be heard?

The straw that breaks the back is usually loaded on by those who think they can do whatever they want to whomever they want!

Will Texas be the first state to say "Enough Is Enough" and declare Independence?

Can this be seen as the ultimate form of displeasure with Obama's presidency?

I believe that it is.

I see this as a desire to rid itself of the shackles of over-regulation that the Federal Government is putting on our personal freedoms, just as I see this as the result of the Federal government overstepping its authority over our citizens.

The actions of the Federal Government under President Obama has been criminal because this president has used agencies and departments to attack, intimidate, and enslave citizens of the United States to the point of conducting criminal actions to accomplish their agenda.