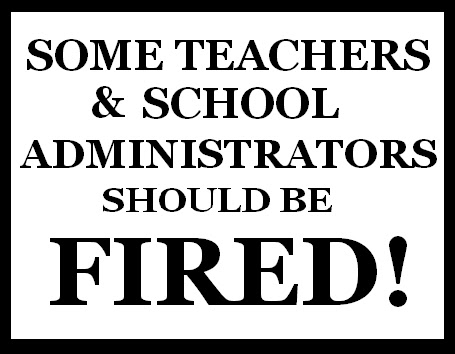 University of Kansas professor David Guth was  placed on administrative leave after he tweeted Hate Speech.

"In order to prevent disruptions to the learning environment for students, the School of Journalism and the university, I have directed Provost Jeffrey Vitter to place Associate Professor Guth on indefinite administrative leave pending a review of the entire situation. Professor Guth’s classes will be taught by other faculty members," Gray-Little said in the statement.

Sen. Smith said University of Kansas distancing itself from Guth’s comments is not enough.

He said as long as Guth remains at Kansas University, he won’t support any budget proposals or recommendations for the university.

The controversy surrounding Guth started after he turned to Twitter to voice his "opinions about gun violence" following the Navy Yard shooting.

What David Guth essentially said was that the next time this takes place that it should be the children of NRA members who are gunned down.

Imagine that! Talk about Hate Speech coming out of one ignorant SOB!

Then to add insult to injury, Guth stood by his Hate Speech by saying in an interview, with Campus Reform, "Hell no! Hell no! I do not regret that tweet. I don’t take it back one bit!"

"The KSRA will do everything possible to see to the removal of this man," said Kansas State Rifle Association President Patricia Stoneking.

"He should be fired immediately. His statements are outrageous!"

She then went on to say, "Is this who you want teaching your children? I certainly do not want him teaching mine."

While Guth refuses to apologize for his Hate Speech tweet, he does defend it.

Guth went on to say, "I don’t want anybody harmed. If somebody’s going to be harmed, maybe it ought to be the people who believe that guns are so precious that it’s worth spilling blood over."

Imagine the nerve of this clown!

Kansas State Rifle Association President Patricia Stoneking maintains she will fight to have Guth removed from the classroom.

"Having such a terrible vitriolic violence contemptuous attitude is not what we want in the classroom with our kids with their young impressionable minds," she told in an interview.

"He owes the public at large an apology. I’m receiving hundreds of emails and phone calls from people who are extraordinarily upset and fearful for their children because of this man."

The University of Kansas issued the following statements in response.

"While the First Amendment allows anyone to express an opinion, that privilege is not absolute and must be balanced with the rights of others. That’s vital to civil discourse. Professor Guth’s views do not represent our school and we do not advocate violence directed against any group or individuals."

"The contents of Professor Guth’s tweet were repugnant and in no way represent the views or opinions of the University of Kansas. Like all Americans, he has the right under the First Amendment to express his personal views and is protected in that regard. But it is truly disgraceful that these views were expressed in such a callous and uncaring way. We expect all members of the university community to engage in civil discourse and not make inflammatory and offensive comments."

Like it or not, when anyone says, "The blood is on the hands of the NRA. Next time, let it be YOUR sons and daughters!" - that is Hate Speech!

Now if there are followers of David Guth who actually follow through with his desire, wouldn't Guth be culpable in that attack?

After all, isn't inciting violence as guilty as those who carry it out on their behalf?

Remember, David Guth is guilty of Hate Speech which is a communication that carries no meaning other than the expression of hatred for some group, especially in circumstances in which the communication is likely to provoke violence.

Hate Speech is the incitement of violence!

Yes, David Goth is guilty of inciting hate and violence against law-abiding citizens who have done him no harm.

His target are those who belong to the NRA and live within the laws of the land set forth within the Constitution of the United States.

Hate Speech in any form of expression should not be tolerated, especially from a university professor who has so much influence on students taking his courses.