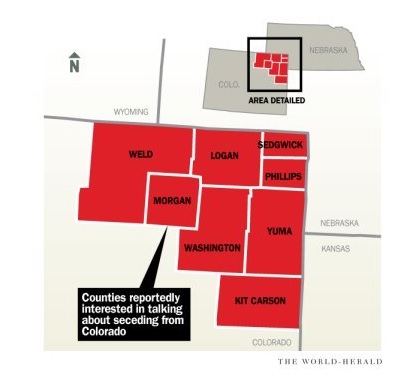 Dear Readers,
A couple of days ago I wrote about a Pro Texas Independence group trying to get Independence on the ballot in 2014.
Being frank, it feels strange saying that I really understand the angst that Texas has for what the Obama administration is doing by the Federal Government to put undo hardship on the American people.
And honestly, I'm at a loss as to what to do to stop the Goliath that we somehow allowed to think itself our slave owner.

Our government is supposed to be working for us. The problem that we face is that the liberals in government don't see it that way.

And yes, liberal polices are at the heart of what's wrong with the government today - both at the federal and state levels.

Liberal socialist policies are eroding our freedoms and turning America into a "regulation nation" worse than some Communist countries today.

And no, its not only Texas that has ideas of how to stop the liberals from imposing every law and regulation that they can get away with.

The picture up above is a map of the counties in Colorado who want Independence from Colorado because the liberals have taken over the Colorado capital and are trying to change the way people live for the worse.

And yes, there is a lot of discontent in America for all of the unacceptable types of "Change" that has been taking place for a while now.

On example of the discontent that is spreading across the land is taking place in Colorado where rural Coloradans want to vote on breaking away and forming a 51st State because they are angry with liberal policies on guns, energy, and government intrusion coming out of Denver.

Read this report from The Washington Times, dated August 19, 2013:

DENVER — You’ve got North Carolina and North Dakota, so why not Northern Colorado?

Voters in several rural Colorado counties will be asked whether they want to form a new state tentatively named Northern Colorado in the November election, a reaction to the Democrat-controlled state legislature’s “war on rural Colorado.”

The Weld County Commissioners voted unanimously at Monday’s meeting to place a measure on the Nov. 5 ballot asking voters whether they want the county to join other rural counties in forming another state.

“The concerns of rural Coloradans have been ignored for years,” William Garcia, chairman of the Weld County Commissioners, said in a statement. “The last session was the straw that broke the camel’s back for many people. They want change. They want to be heard.”

Three other rural counties — Cheyenne, Sedgwick and Yuma — also plan to place the 51st state referendum on the fall ballot. At least three more counties plan to consider the proposal this week at their commission meetings, said Jeffrey Hare, spokesman for the 51st State Initiative.

Known for its agriculture and oil and gas production, Weld is the largest of the Colorado counties exploring a break with the state after the legislature’s sharp turn to the left with bills restricting access to firearms and doubling the state’s renewable-energy mandate for rural areas.

Democrats control both houses of the legislature and the governor’s office. Two Democratic state senators — Angela Giron and John Morse — are facing Sept. 10 recall elections in response to the legislature’s gun control votes.

Forming a state isn’t easy: Even if the ballot measures pass, the Colorado state legislature would be required to amend the constitution to configure the state’s borders and refer a request for a new state to Congress.

Approving a 51st state would require a majority vote of both houses of Congress, although the Constitution doesn’t require the signature of the president, Mr. Hare said.

“Again, folks say this can never happen. However, we are starting to hear from disenfranchised groups all over the country,” said a post on the 51st State Initiative’s website. “We are truly a divided nation. It is possible, if not likely, that we may not be the only group requesting from Congress the formation of a new state.”

This isn’t the first time disgruntled residents have explored the option of a state split. In the past few decades, movements have sprung up in favor of carving California and Washington into two states.

New York has had a host of proposals aimed at peeling off jurisdictions, including New York City, upstate New York and western New York. The most recent effort was in 2008, when the Suffolk County comptroller proposed splitting off Long Island.

Since the boundaries of the newly independent Colonies were finalized in the 1790s, two states have gained that status by breaking off from extant states. Maine was part of Massachusetts until 1820, and West Virginia seceded from Virginia during the Civil War.

Given the complexities involved with creating a state, Mr. Hare said, the Northern Colorado movement is considering two other options: asking Wyoming to annex Colorado’s northern counties or requesting that the state legislature redraw its Senate districts to give a senator to each of the state’s 64 counties, analogous to how the U.S. apportions seats by state, regardless of their populations.

“People are looking for hope because they feel like the government is out of control,” said Mr. Hare. “They feel kind of hopeless.”

The Greeley Tribune came out against the statehood movement in an Aug. 7 editorial, “Time to drop 51st state idea.”

“While we understand and agree with the message commissioners are trying to send to Denver — rural counties feel disenfranchised — we think Weld residents would be better served if commissioners drop the 51st state idea and focus on engaging the state’s political leaders in a constructive dialogue that addresses their issues,” the editorial said.

While the Greeley Tribune might think it can just brush off this movement, they had better get their heads out of the sand.

The frustrations of the people are being expressed in ways that the liberal political establishment does not want to acknowledge.

But friends, that don't mean they aren't real.

Yes, just like those folks in Texas who want Texas Independence, rural Coloradans want Independence in the form of creating another state just so that they can get away from those who want to change their state for the worse.

And what do we get out of Washington DC, more talk, more regulations, and more frustration in the form of ObamaCare which is coming to you soon.

And yes, we'll all have to pay for something that Americans didn't want or need.